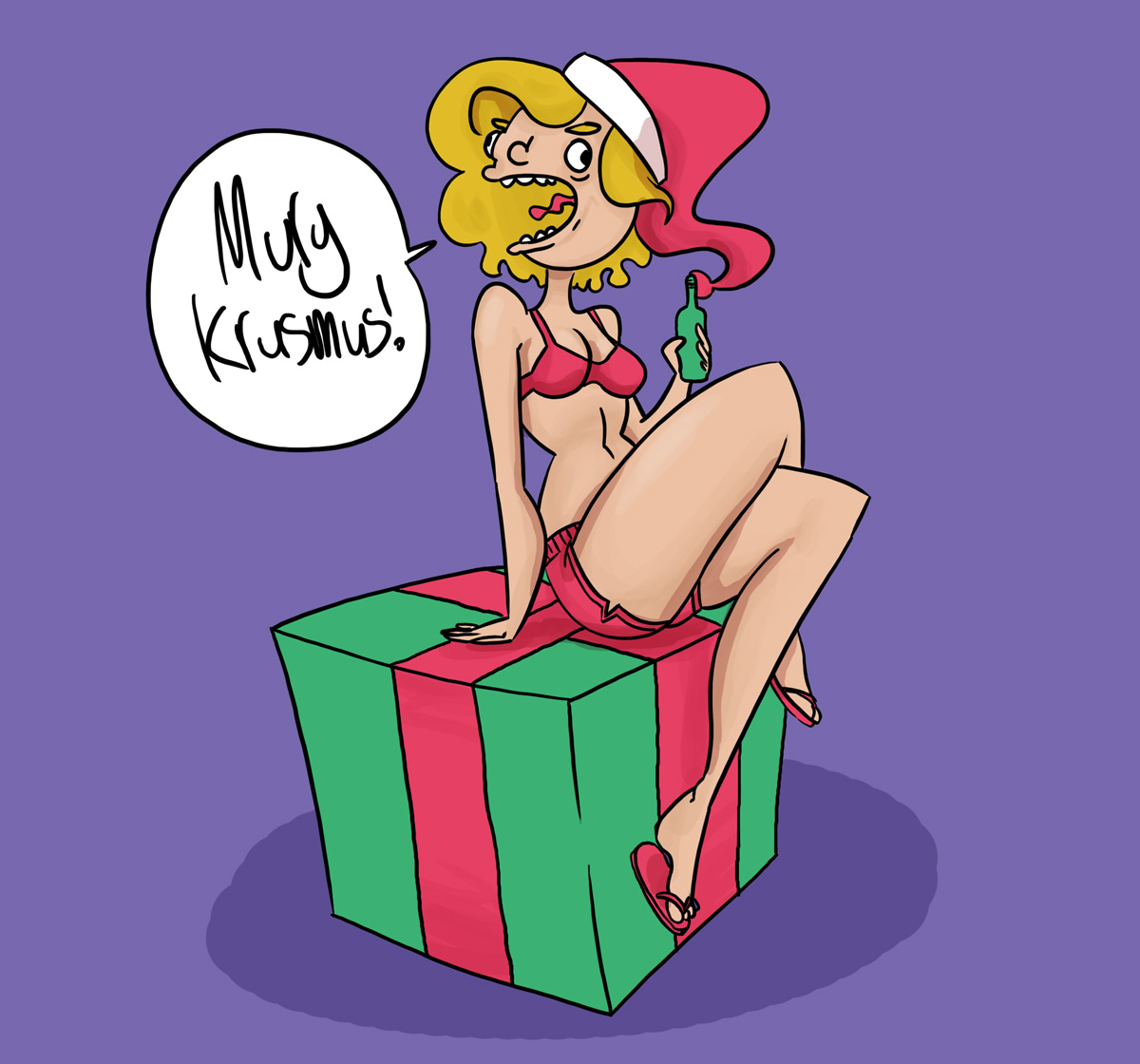 Wow, I’ve been doing Merry Christmas face since blogspot was a thing. No more picture references, that shit looked gross!

I got a new job, which was a gargantuan job. I had it since I was out of uni, and it was eating away as me as a person. I was essentially a husk that was just dipping in and out of wanting to just end it all. Killing yourself is just so much easier than getting a CV together.

Art wise I feel like I’ve been coming up against my weaknesses more and more. But that’s better than never confronting them at all. I have a long way to improve, and you guys are going to see it all happen live on the strip.

In terms of looking forward next year we’re hoping to get fiber installed. This should mean we’ll be back onto regularly streaming on Twitch for you guys! Our uploads are just too unpredictable at the moment. But we’re excited to get back into it. Maybe even do a couple gaming things with Becky.

Merry Christmas everyone, You’re all the best!