So I’ve been house sitting for Jono and Chris at their sweet ass pad. On Saturday (My first day on watch) the other dude turned up (Sorry man, your name is like a beautiful butterfly, which flits off never to be seen again.) So I was like oh ok, no need for me to be here today. On sunday Chris rolled up, exact same circumstances. So I didn’t need to worry that day either. On monday Jono’s brother was there. but not to stay, so a little awkward but all good. It is now tuesday night. And my what a rickrolling time I have had. Monday I was hesitant using their microwave. And the cat kept me company while I watched Shooter. What a nice friendly cat. Apparently it doesn’t belong to them but they feed it anyway. Its got a bell and everything. Anyways, kicked mister cat out for the night. couple hours later its crying on the back step. It went on and on for ages. So I did what I normally do to things that don’t shut up. Went outside and give it a friendly boot. And then a shoe for extra measure. Every few hours after that it would come and cry at the door. To be honest Im not really to sure what to do with it. considering its not theirs and everything. And I’ve been brought up to believe that cats live outside at night.

So yea, the lil shit will cry at the door and then run away when I came to let it in (Try the other tact since kicking it didn’t help) Unfortunatly it remembered my legs so yea. Wasn’t going near ’em again. So much for a good sleep.
Tonight I’m going to let it sleep inside, since apparently its forgiven me now (Since its been
raining). Its sitting on the bed beside me, every now and again making sensual advances towards my lap. Where it can lovingly perforate me with its little claws.
Also The toaster doesn’t seem to pop the toast out. It just seems to sit there, happily burning that slice of toast that was silly enough to fall into its clutches.
Feel free to come over and bring me something to eat. Also I will give you a free cat.
Christmas Girl: 2009 2010 2011 2012 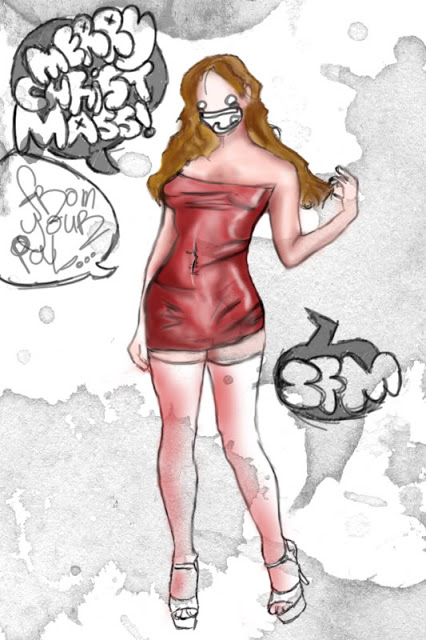 2 Thoughts on House Sitting & living with a expletive cat