Webcomics Are Hard
The Layers Of Pie
Uncategorised December 24, 2016
Share 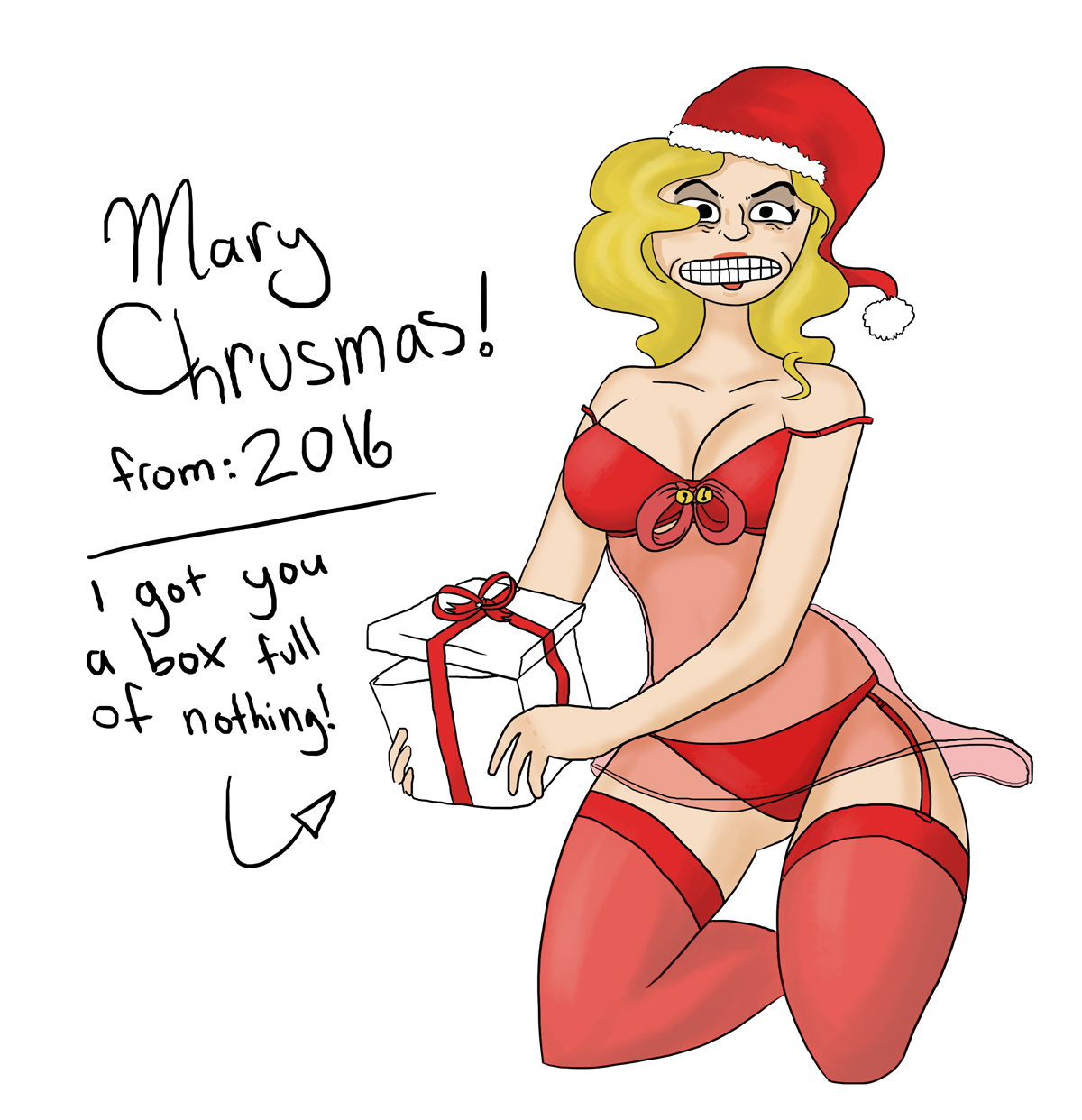 This is perhaps the most horrific one I’ve drawn yet. Something about those thin lines reminds me of Salad Fingers or something. And that gross ass shading, bleagh.

So here’s to another year! It’s crazy how fast and slow it’s gone. Like, this time last year the biggest thing we were worried about was how badly our flag could be ruined. This year most publications have turned into PTSD meetings for famous people who knew that Hillary would win. This time next year will we be a smoking hole in the ground? I don’t think so, and if we are then there will be no one around to call me out on making an overly optimistic call. In my book that’s called a win win situation. Also the Forward of my book makes a special note that your book sucks.

Have a good New Year and don’t go chucking your kids into Gorilla enclosures in 2017. It spawns the most insufferable memes.