Hey, Kite and Mule-bot made it to that city! Kite strips are a unique challenge for me – they need to stand on their own as self-contained pieces, because that’s the Izak Smells format, but Izak and I are also trying to tell a longer story with Kite. The arrival of Mule-bot has allowed for a more introspective style as Kite now has a thoughtful sounding board, but that certainly doesn’t mean that we won’t see a return to some more action based strips in the future.

Below is an awesomely atmospheric sketch that Izak did up, partly for fun, and partly to tell me “hurry the hell up and write another Kite strip already”. 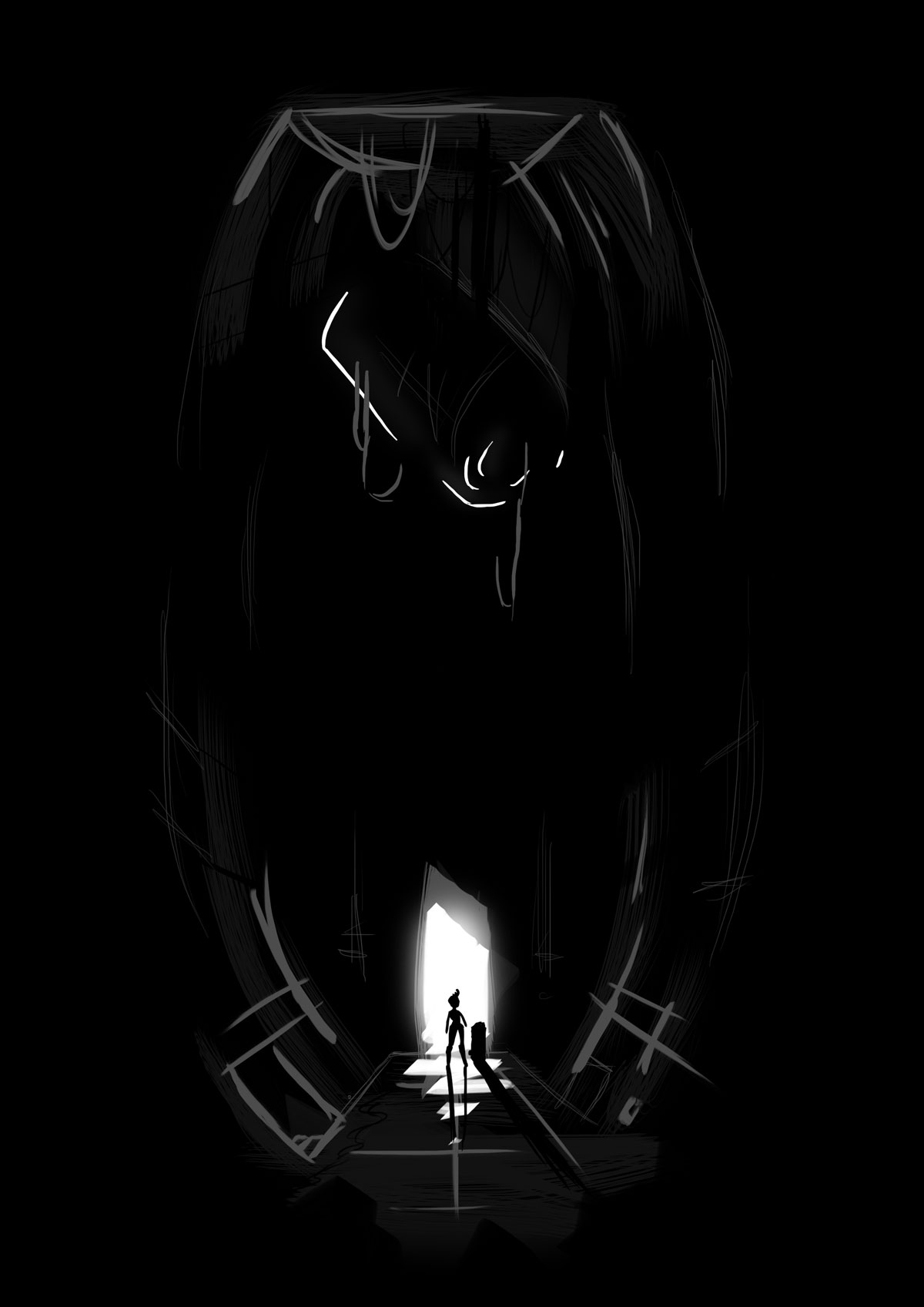 ↓ Transcript
Kite and Mule-bot are exploring the urban valleys of the city they spotted in Future Prospects. Savagely striking architecture towers all around them. Kite is wonderstruck.
“This city is beautiful! Why would anyone leave this place?”

“Haven’t you ever left something beautiful behind?”

0 Thoughts on Something Beautiful