So Izak had been bugging me for a while to continue Kite’s story, and I was like “Yeah yeah, man – I’ll get to it.” I did intend to do it but didn’t really have any solid plans for when. So what did Izak do? That sneaky son of a bitch drew the awesome sketch below and posted it on Twitter, with the express purpose (I later learned) of snagging me into writing another Kite script. And I fell right into it, like a fat kid into a chocolate river. To be honest, I’m not even a little mad. Underhanded artistic inspiration for the win. 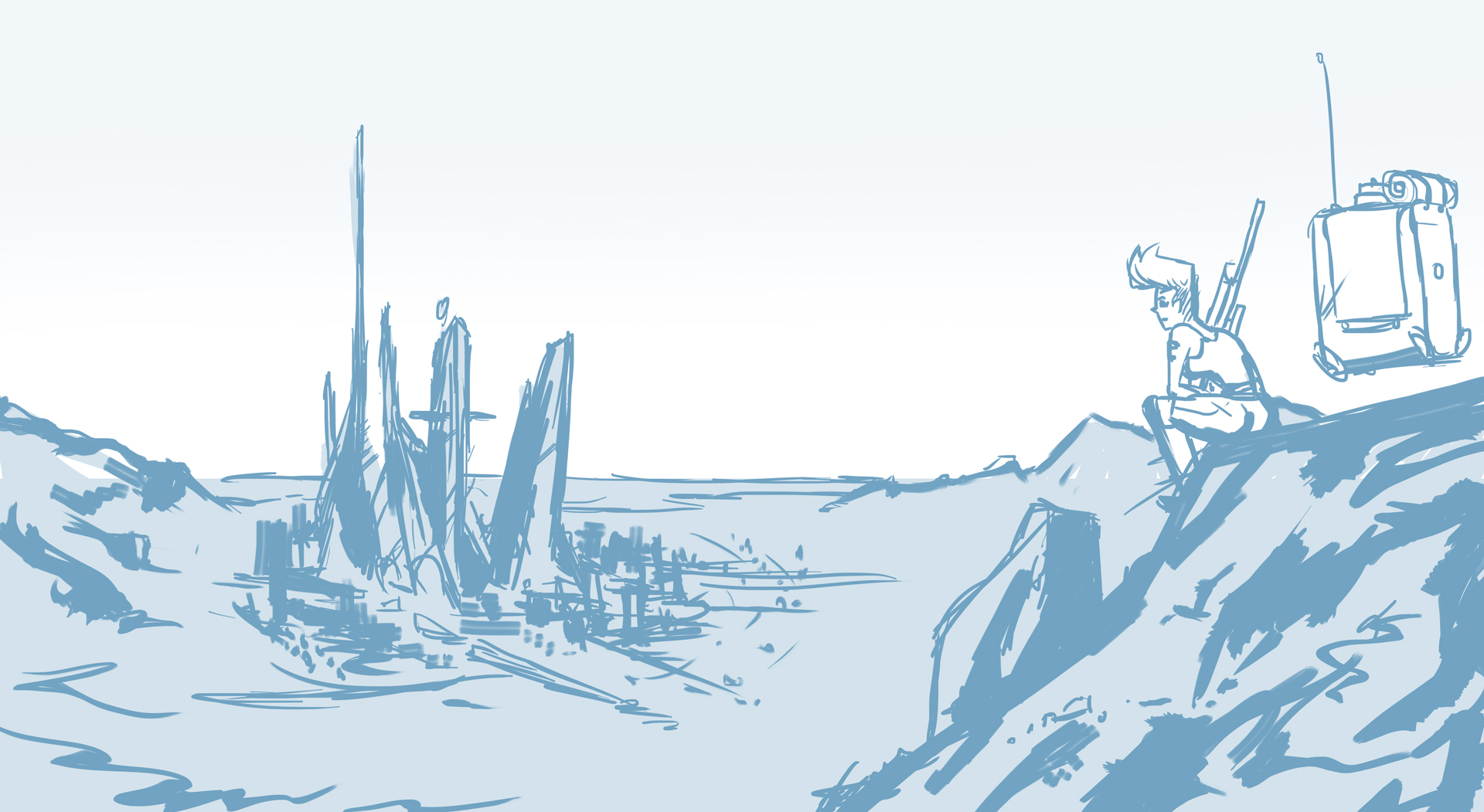 ↓ Transcript
A singed and sooty Kite and Mule-bot are walking away from the burning wreck of a plane. In the distance is the crystal shard city. The city could appear in any of the panels.
“Well, that was almost fatal.”
“Yes. I believe that is what could be called ‘a close one’.”

“Hey Mule-bot, what happens when robots die? Do your spirit circuits go Robot Heaven or something?”