Comedy Clubbing
Matching the medium
Uncategorised June 21, 2010
Share
Me a week and a half ago: Soccer? Thats like rugby except the ball is ball shaped and you can’t touch it with your hands ’cause it’s like infested with germs right?
Me now: 1 – 1 against Italy? Oh my goodness thats friggin epic I never thought we would be able to pull that off! This is awesome! I just found another reason to love New Zealand! Finally! We got something to talk about other than Chris Carter buying flowers for his civil unionized man friend. (Yea, the spell check says that “unionized” is an alright word to spell. Weird huh? I tried spelling it “unioned” but it would have none of that. I guess there’s a grammatical reason for it that I don’t care about.)
But yay, we now know Mc Donalds new lineup of sports people who will trot out and tell us how they couldn’t have done it without the new lighter option of meals. I don’t recall whether I have mentioned this before but a lot of those meals are just the normal ones set to a green background. And we all know green is healthier than any other colour. So food on that sort of background MUST be better! Although its also common knowledge that green water on the other hand is most likely poisonous or lime flavoured. Either way no one is going out of their way to drink it.
In other news Henderson is now being graced with a new up and comer, “Mene” It will be interesting to see how long (s)he will hang around for, and whether we see some new characters come out to play. 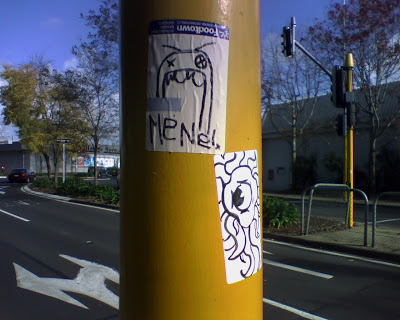 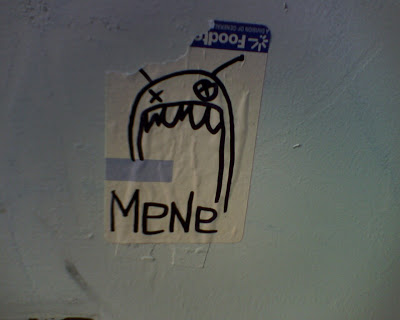 You can see they’re rocking those foodtown stickers. I wonder where they work? Lol.