End of block one and work
Newsletter 1 (Unfinished and unused =( )
Uncategorised March 8, 2008
Share 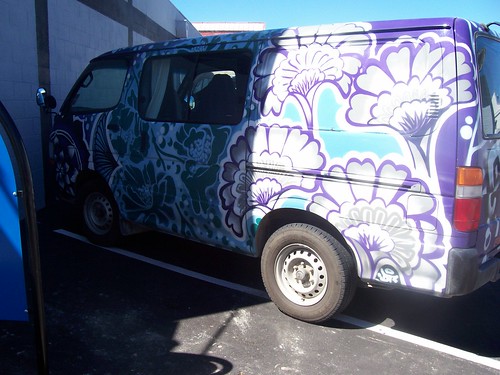 Ok, today deserves a post all to itself since we did something interesting. Woop Woop. Go Saturdays right? So we wake up at 8:30 -_-. Not a good start. Mike was up and about while I lay and pretended I was asleep (Trying to remember my dream.)
I crawled outa bed and we sunbathed on the concrete for a bit. We were thinking of just cooking there all day.We eventually migrated though and we went for the longest walk ever. Roads over here in hastings (If I haven’t Said it before), are massivly long. Unlike auckland roads which can sometimes be extremely short, each road here seems to be at least a Km. Anything less than that would be known as an avenue and be laughed upon.
So we walked fo like an hour and eventualy found ourselves in the middle of town. We were like, hey look, warehouse… CIVILIZATION.
There is quite a bit of sticker art in hastings. But most of its to faded to read, and its more like sticker tags. I did find this guy though in a few spots. 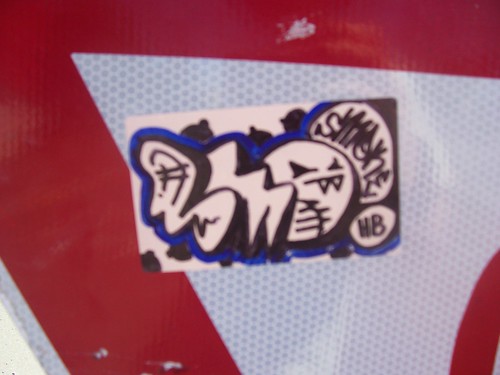 And this Groovy van can be found meandering around. 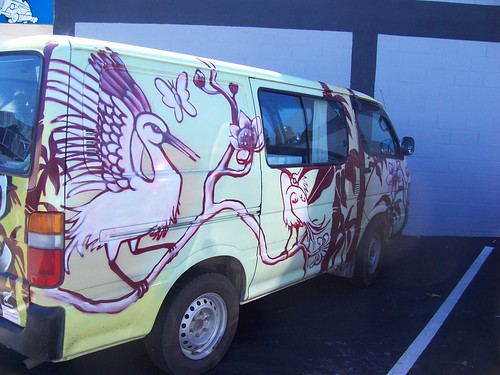 So we decided that mcdonalds was in order. So we spent ages waiting in line. It was 12 so it was rush hour anyway, and the fact we had an asian trainey who spoke REALLY quietly and had to have a samoan girl hold her hand didn’t help to much. She was nice though. Man, I found my second mc donalds that gives refills. Theres one over in south auckland. This one had to be the worst by far. The soda went one direction and the syrup just dripped. Everyone there was extremely hyper and had paper napkins sticking to their goopy hands.
We realized that we had no chance of getting home in time to get to the pool party. So we told eddy we were at mcdonalds and that could he please give us a ride thankyou. So we went waiting for an hour and a half over by pak n save (Where we told them we would wait.) then eventually realized they had been waiting for us over by Mc D’s. So that was a bit exhasperating.
We got to the pool party where I immediatly Dive in with all my clothes on. Its sorta like a tradition I have with pool parties. I’m like a one trick ponys. But that would be rather exciting. I havent seen ponies do any tricks let alone one. Do they sit up and beg? Do they roll over? Can they even button mash on Tekken? No, well go away pony, I don’t need you and your prancing. Oh you can jump over a pole. I can do that, your not SPECIAL anymore. GO HOME PONY. No one wants you… Sorry, I got a little carried away there with the metaphorical pony.
They had a pogo stick there to. woot. Oh yea, They have this blow up log. Randomest thing ever. Go to the store, look for some fun things to throw in your pool. BLow up log. Thatl do. We pretty much did everything imaginable with it.. Looked sorta like a.. hm. a blow up log I guess. -_-
Oh yea, I played Lianna her song. =D 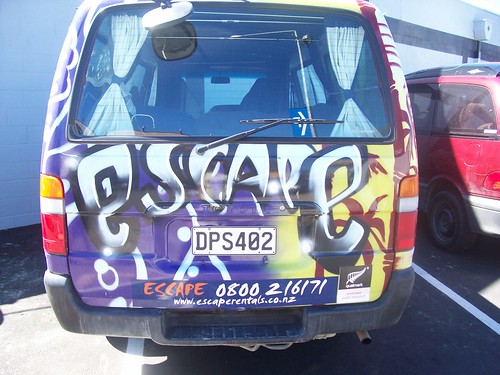