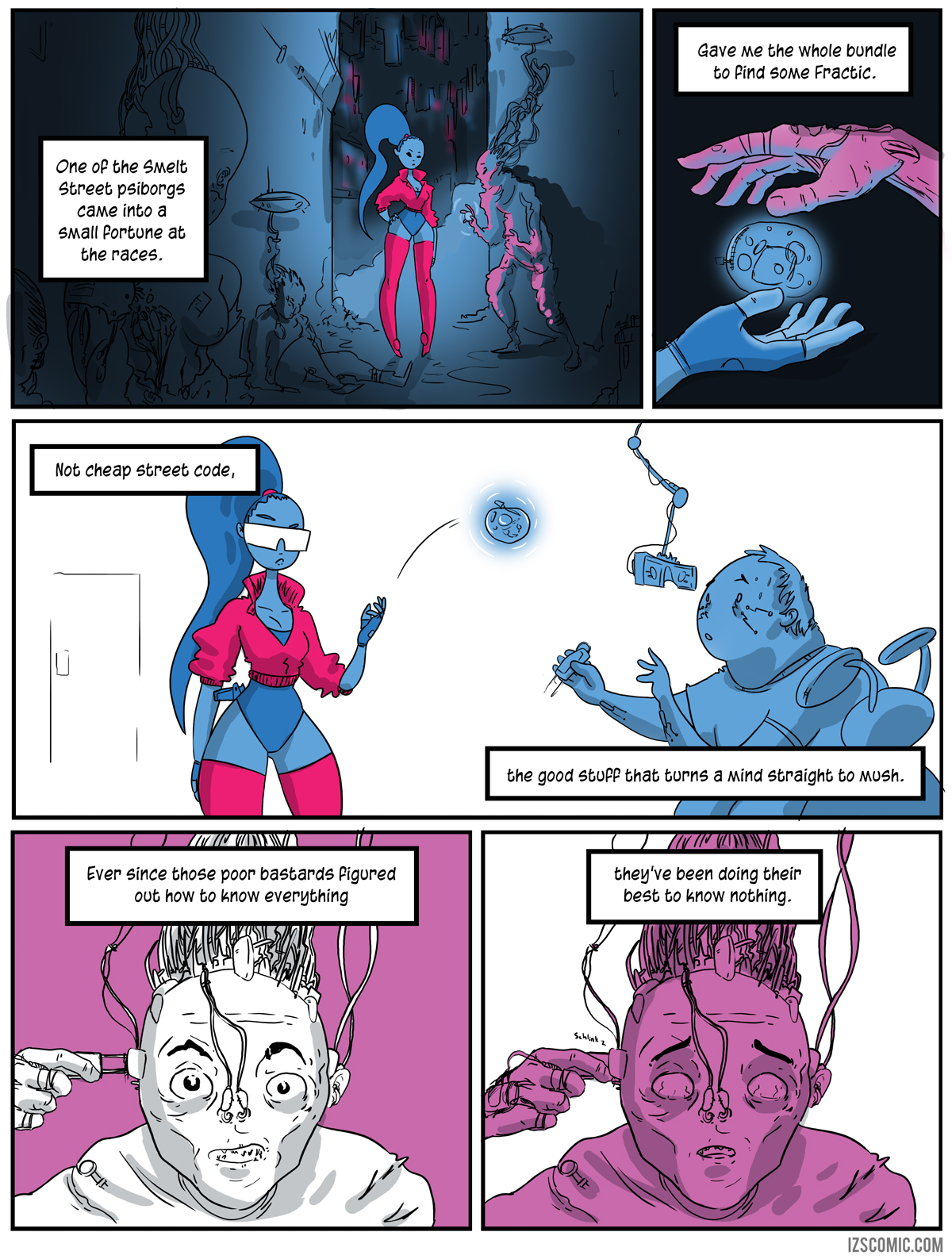 This is a self contained continuation from the last time we saw Sephone, here.

Kristof would normally do the writeup for these strips but he’s MIA up north somewhere basking some mean rays bro.

While the outside of his flesh sack may be turning a slightly different swarthy brown from what it already is, the inside of his head has been existing somewhere in the writings of William Gibson. While he hasn’t read Neuromancer (yet) I’m still surprised at how closely he nailed the vibe.

In other news I’m finally playing through Uncharted 4. I know I’m a couple years late but it’s better late than never. It has some awesome setpieces, but I dunno how many more boosts are tandem door openings I can do. Seriously, so many heavy doors. I do like how stripped back it is as an experience though. I was pretty sick of kicking over graves for achievements and busting/burning boxes open for loot in Tomb Raider, but I guess they needed some level of bullshit to differentiate themselves from Uncharted.

↓ Transcript
Nyx stands on a particularly seedy looking street full of no-hopers and junkies.
Caption: One of the Smelt Street psiborgs came into a small fortune at the races.

A cyborg hand gives a small, full bag to Nyx’s human hand.
Caption: Gave me the whole bundle to find some Fractic.

Nyx stands, sunglasses on, in a white room with maybe one piece of furniture in it. A rich, respectable programmer is looking nervous, offering some kind of plug’n’play device.
Caption: Not cheap street code, the good stuff that turns a mind straight to mush.

Close up on a psiborg staring straight ahead with an intense, tortured expression.
Caption: Ever since those poor bastards figured out how to know everything

Same frame, but the psiborg has jammed the Fractic directly into a headport, and now has the slack-jawed, glassy-eyed expression of a heroin junkie.
Caption: they’ve been doing their best to know nothing.

0 Thoughts on The Fractic Job