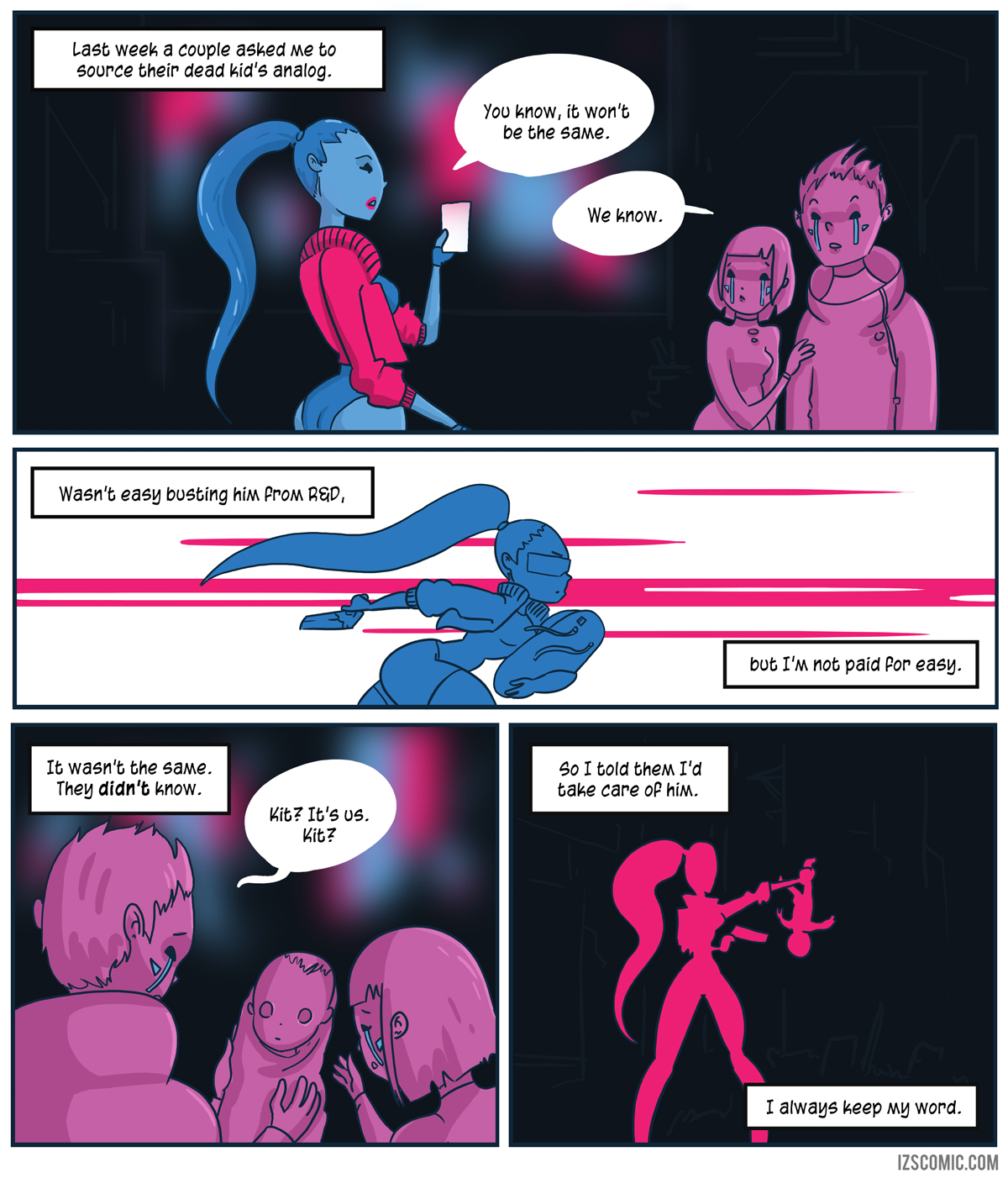 I’m pretty excited about this new setting. Izak was playing around with a new colour scheme and character design, then pitched me the idea for an underground cyberpunk world. I was super keen to get on that shit and fired out two scripts in as many days. Futuristic noir is nothing new, but it’s a genre I’m having a lot of a fun with at the moment – you’ll definitely be seeing a good bit more of this character in the coming weeks and months, and hopefully over time you’ll begin to piece together an idea of what life looks like in this dark city.

↓ Transcript
A middle class couple stand uncomfortably across from Nyx.
Caption: Last week a couple asked me to source their dead kid’s analog.
“You know, it won’t be the same.”
“We know.”

Action panel: Nyx escaping with the analog, which looks like a normal child except for its vacant expression.
Caption: Wasn’t easy busting him from R&D, but I’m not paid for easy.

The parents grasp the analog, looking imploringly at it. The analog stares blankly into the distance, arms by its sides.
Caption: It wasn’t the same. They didn’t know.
“Kit? It’s us. Kit?”

Nyx stands behind the analog. They are in a scum filled alley with neon grafitti. She is pointing a weapon at the back of his head.
Caption: So I told them I’d take care of him. I always keep my word.

0 Thoughts on The Analog Job