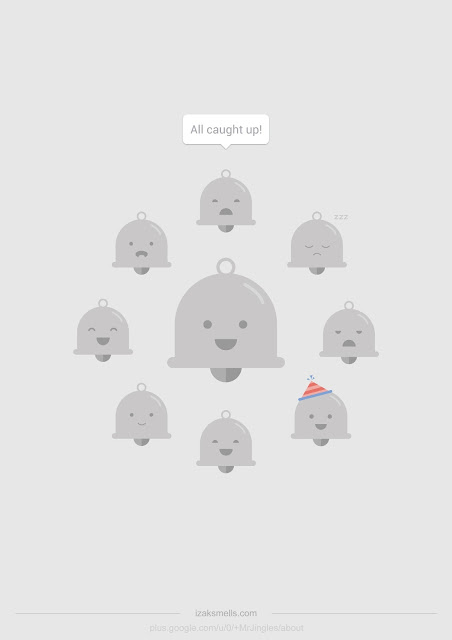 Click Here to Download the Vector illustrator File.
Designer of Mr. Jingles credited to +Ryan Morrison.
So earlier today G+ changed it’s notification button on the top right. I’m glad they did. it was the one thing that seemed to be a total afterthought when they did the columned redesign. It’s definitely a lot better now. Before it was nested boxes within nested boxes with scroll bars for Africa. Africa doesn’t even want them. They’re just annoyed that Farcry 3 isn’t set in their lovely country like it was last time.
I was struck by the little character they threw in there and decided to turn him into something everyone could enjoy. The file name on the original is “Jingles” so I’m gonna assume that’s his name. Update Apparently his name is Mr. Bo Jingles, according to him. The font used in the text box is primarily defaulted to Roboto but most people will just revert to Arial when they see it in their browsers I think. Original font size, 13pt.

Update July 2nd 2013 Added the G+ 2nd birthday party hat version of Mr Jingles and the happy version of him when you click him and he jingles away.