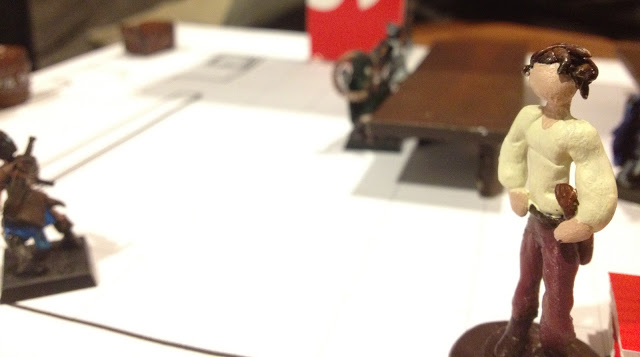 What follows is a recounting of a DnD 4e adventure in the Nentir Vale. More specifically (as if I wasn’t already being painfully specific,) in Winterhaven, Wraftons Inn. The protagonist is indeed named after the infamous Chris Perkins, and no ill or hidden stab is meant by it. Just fun.

Perkins the Fat was not having a good day. No one was taking him seriously. He stood outside the Winterhaven gates eyeballing the guards nervously. It was cheeky to hire thugs in front of guards. But he was a generally cheeky individual, or at least he liked to think he was. He was extremely expressive with his hands. Whenever he asked a question he would spread his arms, as if he was getting ready to fly, or bear hug someone.

His brother Benji the Fat was playing with a stick, throwing it in the air to make it spin, and then catching it. He seemed to be spending more time picking it up off the ground than actually catching it.
Perkins frowned. This was exactly why he needed some hired swords. Him and his brother would have no chance of raiding the supply cart making its way across the kings road from Hammerfell towards them.

“Oh finally.” he sighed inwardly. “Some drifters. They’ll probably do anything for some gold.”
“Hello!!” he said, jumping in front of them, blocking their way into town.
The two individuals he just stopped looked up warily at him. The female was short, a halfling. A bit tall for a halfling maybe? She had oriental features and carried herself with a lightfootedness, which hinted at thievery. The tall male was scruffy in every regard. He had a wooden sword and a bunch of staffs on his back. Some sort of hedge wizard perhaps. No beard or pointy hat, so it could just be a kid who has a propensity for wood.

Perkins went headlong into his pitch “Don’t you just hate it how the law always gets on top of you, and screws you out of an honest living. You work and work, and then they tax you for it! Disgusting that is. Are you feeling me? Don’t you wanna do something about it? I know I do. I even got an idea. All I need is some strong sword arms like yourselves to help me out. I can make you rich! All you have to do is help me knock off a few people by a cart. It’l be easy. So easy. I’ll even give you a cut. Want a cut? A sweet cut? Me and me little brother Benji aren’t the best fighters ya see, so we don’t mind paying for your hard work.” as he said this Benji dropped his stick again.
The strangers looked at him for a moment. “ummm.” the little one ventured. The tall one pondered for a moment then cut in “What?”


Perkins looked perplexed, then decided to lay some more information on. Hopefully abrading them with his plans would make them see how smart he was. “Well you see, this cart is coming from Hammerfell, and my cousin made a particularly big order last time. One he knew he couldn’t pay for. BUT, if we intercept it, and trickle it back into town for him, he stands to double his profits, easily.”
“Will these guards be dwarven?” asked the tall one.
“Yeah! They’l be nice and easy for you to deal with.”
“Then no thank you, I’m not interested.”
“What?” Said the short one, “Really?”
“Yeah, I’m not killing any dwarves.”
Perkins started to realize he was loosing the situation a little. Reverse psychology could work!
“I don’t need you all anyway, there are plenty of mercanaries around here, just thought you would like a favour.”
“Fine then, get someone else to do it.”
Shit. this psychology thing really doesn’t work. “… Fine. I’m going then.”
“Then go!”
“I’m leaving!”
“Good, get lost!”
“I’m gone! Come on Benji, lets go.”
Perkins was not having a good day it seemed. But this sudden dwarf drama had given him an idea. Some elvish hunters were staying at Wraftons inn. Surely they would jump at the chance of killing some dwarves. 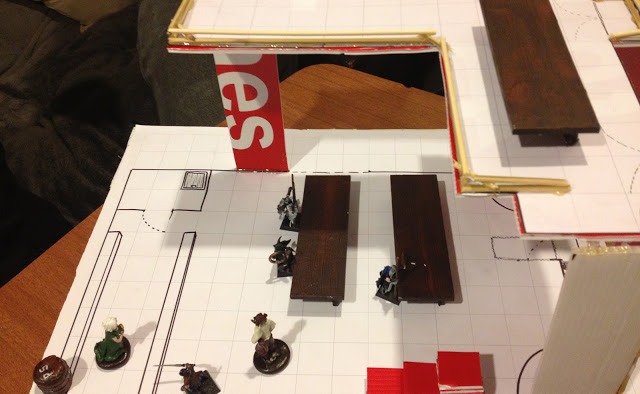 He was right. the four elves that were clustered in a corner of Wraftons inn, near the bar, were quite eager at the chance to earn some quick gold. Apparently hunting hadn’t been good in this area recently. It really wasn’t a secret why. Kobolds had been circling Winterhaven for months, attacking practically anyone who carried a sword.
The odd couple from the gate wandered in, standing by the door for a while, surveying everything. They made their way to the bar and started to talk to Salvana Wrafton, the proprietor.

Perkins ignored them haughtily as he explained the plan to the elves. Unfortunatly Perkins the Fat was a shrill little man, and his words carried up to the rafters and back. The tall one turned to him and the elves. “You guys better not be listening to this Perkins guy. I won’t see any dwarves harmed on my watch!”
The leader of the elves turned hardly turned “Stay out of this, human. It is none of your affairs.”
Perkins felt empowered. Tough talk! He had never seen it in action up close before! “Yeah!” he chimed in, “We don’t need you and your dwarf friend, so get lost.”
“I’m a halfling!” the little one replied angrily. 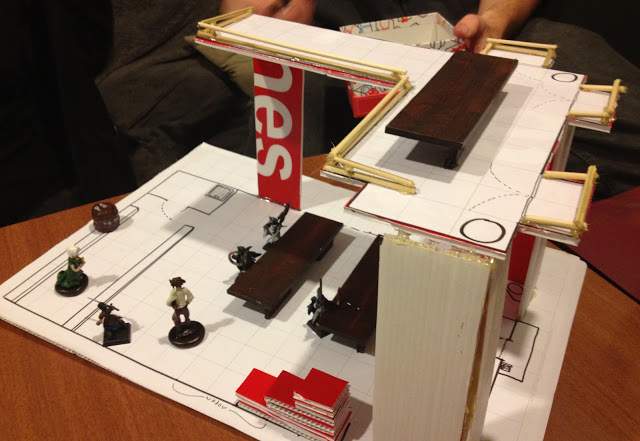 Recalling events now are a little fuzzy and hard to keep a track of. Perkins remembers there being a lot of swearing and then bottle throwing. and a whole pile of dwarves upstairs coming down being lead by the tall one and bashing the hell out of the elves. One elf got trapped underneath a table getting flipped down the stairs. A human caught in the brawl got pummeled as the halfling jumped off a table and crashed her fist down onto his face. Benji took off at some point as well.

Then next thing he knew someone was screaming that the guards were coming, and suddenly the elves knocked out the two strangers at the same time and had the upper hands… Then he and the elves got arrested. Wait a minute… Then the strangers were fine. Fine enough to tell the guards about his plan. The bastards! The bastards.

Why did Benji have to go and tell the guards about this as well!? IDIOT BROTHER.