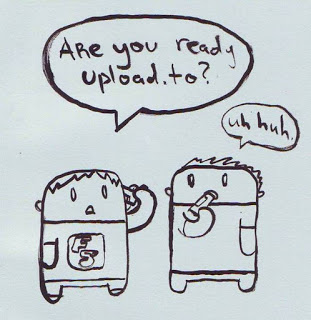 So last night sometime in a moment of weakness Filesonic went and shot itself in the face due to Megauploads FBI takedown. Essentially now only the uploader can download their files, making it useless for sharing any kind of file. The only way you can get around that now is by giving out your account details, which isn’t going to happen, even if people who share legitimate files. What I wanna know is, IF Megaupload goes to court and is found not guilty, and then is allowed to reboot their site, what will Filesonic and uploaded.to do then? You would feel rather sheepish wouldn’t you? Either way I can imagine they are facing a huge financial blow right now. Maybe it will be offset by all this free advertising they’re getting for a suddenly downsized service.

Things to consider about Megaupload: The terms of service stated that Megaupload was not liable for any illegal files, the user was, and if any illegal files were found on the site, they would be taken down. They WERE taking down files, and maybe they weren’t as draconian as Hollywood would hope, but at no point did they condone or encourage illegal activity on their website. Unless you consider this video condoning nicking off with  P Diddy Music.

If someone goes on a killing spree with a George Forman grill, is George Forman liable? Some would say that he was enabling these people to cause grievous bodily harm with the grill. But I would argue that they were misusing the product.
Also, who is going to pay all these guys for all their files going down. I’m sure they need those files for something. That’s a lot of companies that have been put in a tough spot because of an ugly FBI jpeg on megauploads homepage.

Last point, I live in New Zealand, Auckland, Where Mr. Dotcom was snatched up, and it would totally suck to get busted by laws on the opposite side of the planet, and then get dragged there. But maybe we should keep this in mind.