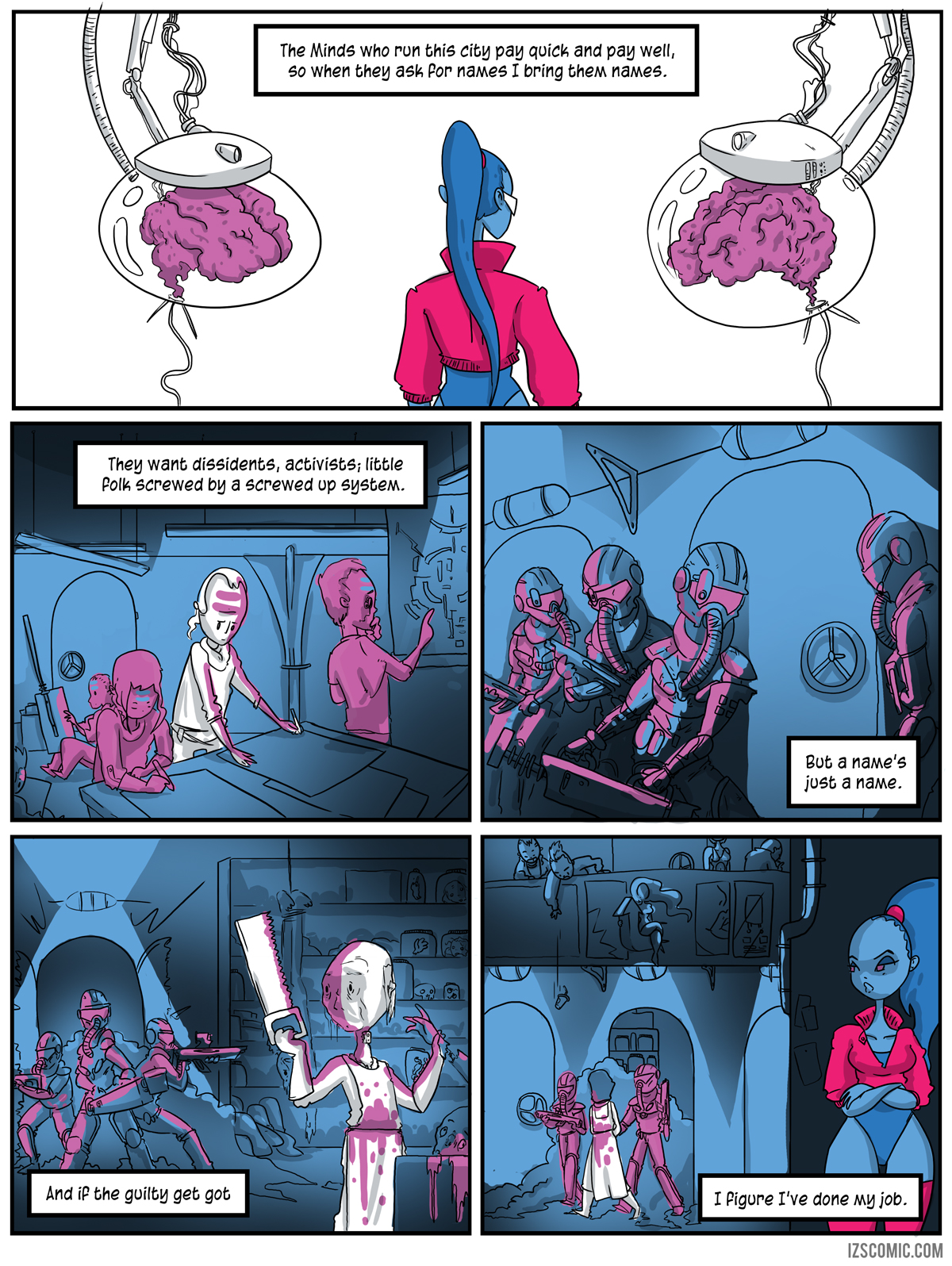 Sephone returns for a third job, in the as-yet-unnamed cyberpunk underground city! There are two more scripts in the bank for this series, cause I’m on a bit of a buzz with the world and am really enjoying writing stuff for it. This is the first strip where we get an idea that Sephone might actually have some sort of moral code, and isn’t purely a cold, pragmatic bitch who kills babies and supplies hard core drugs.

The dark neon colourscape is something that Izak came up with before the concept of the city or character was even in play, and I’m stoked to see how it’s been executed in conjunction with the world we created. Eventually I’d love to have produced a whole stack of these and then… then I don’t know, actually. We’ll see how it all goes, I guess. In the meantime, I’m really loving the ride.

↓ Transcript
Sephone stands in a white room with several brains, each suspended from their own tangle of wires.
Caption: The Minds who run this city pay quick and pay well, so when they ask for names I bring them names.

A few activists huddle together in a dark room, poring over maps and making protest placards.
Caption: They want dissidents, activists; little folk screwed by a screwed up system.

Armed police (tech noir equivalent of a SWAT team) prepare to bust down a door.
Caption: But a name's just a name.

The police have burst through the door into a room. The room is full of jars containing human body parts. A man wearing a bloody apron and holding a saw looks up, surprised.
Caption: And if the guilty get got

The police hustle the man in the apron out of the building. He now has a black bag over his head. Sephone watches from the shadows.
Caption: I figure I've done my job.

0 Thoughts on The Names Job