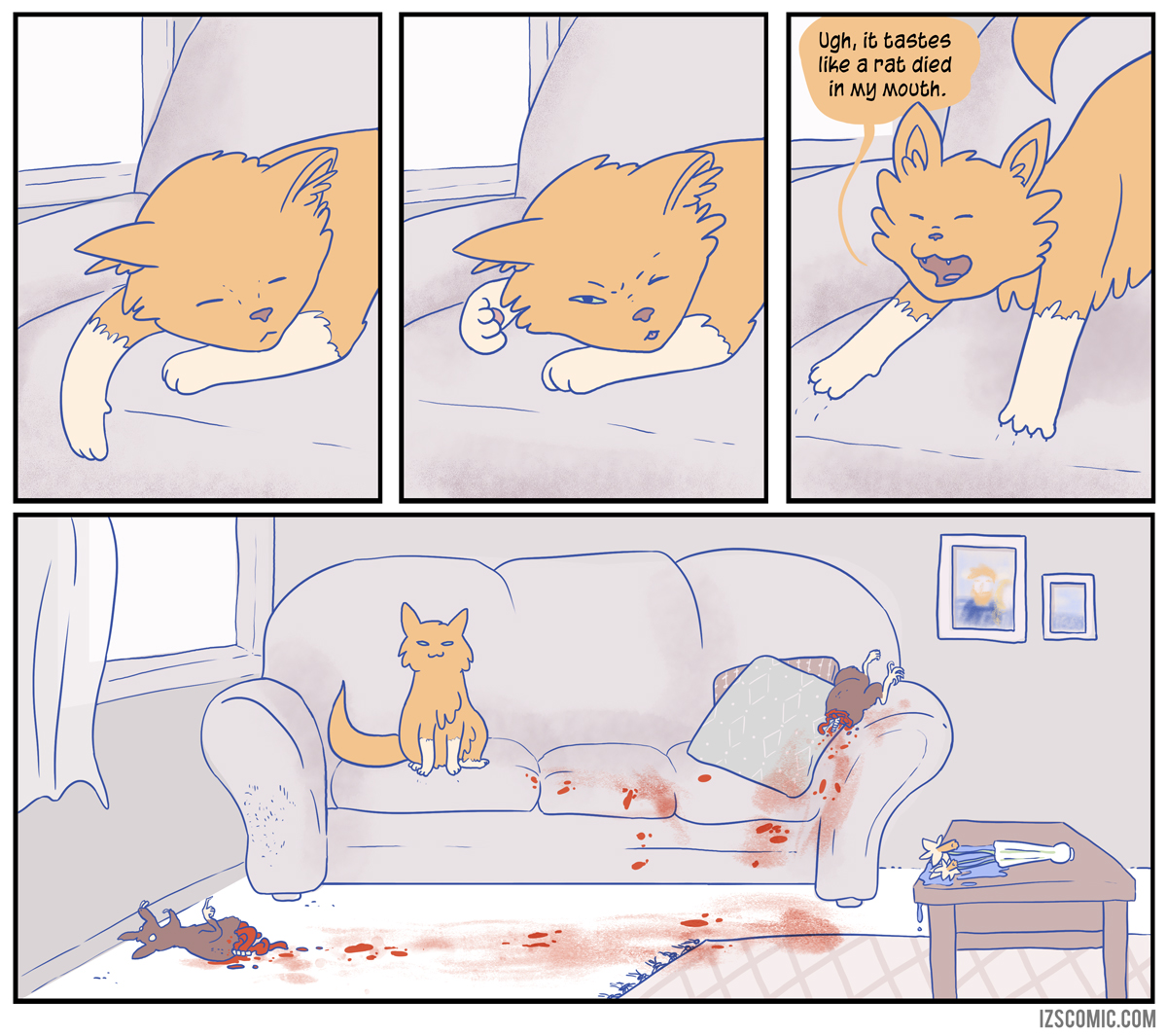 Hi Guys!
This is my second comic drawn with the cintiq HD 16″ and I’m in love. There are some teething pains that are inevitable when learning to use new tech, but I truly could make out with this thing. It’s going to change how we draw for sure.
I think boots looks super good in this comic, and look! Its the first time you’ve seen him in colour! Did you know he was a ginger? I certainly didn’t until I drew this comic, all the other cat colours just didn’t say “Boots” to me. Which is awkward because I’d previously decided that both Human and his girlfriend are also ginger haired. I’d say this would make for an interesting family portrait but we all know Boots hates everyone, including whoever the photographer would be, and therefore is unlikely to allow said portrait to occur.

0 Thoughts on I Smell A Rat