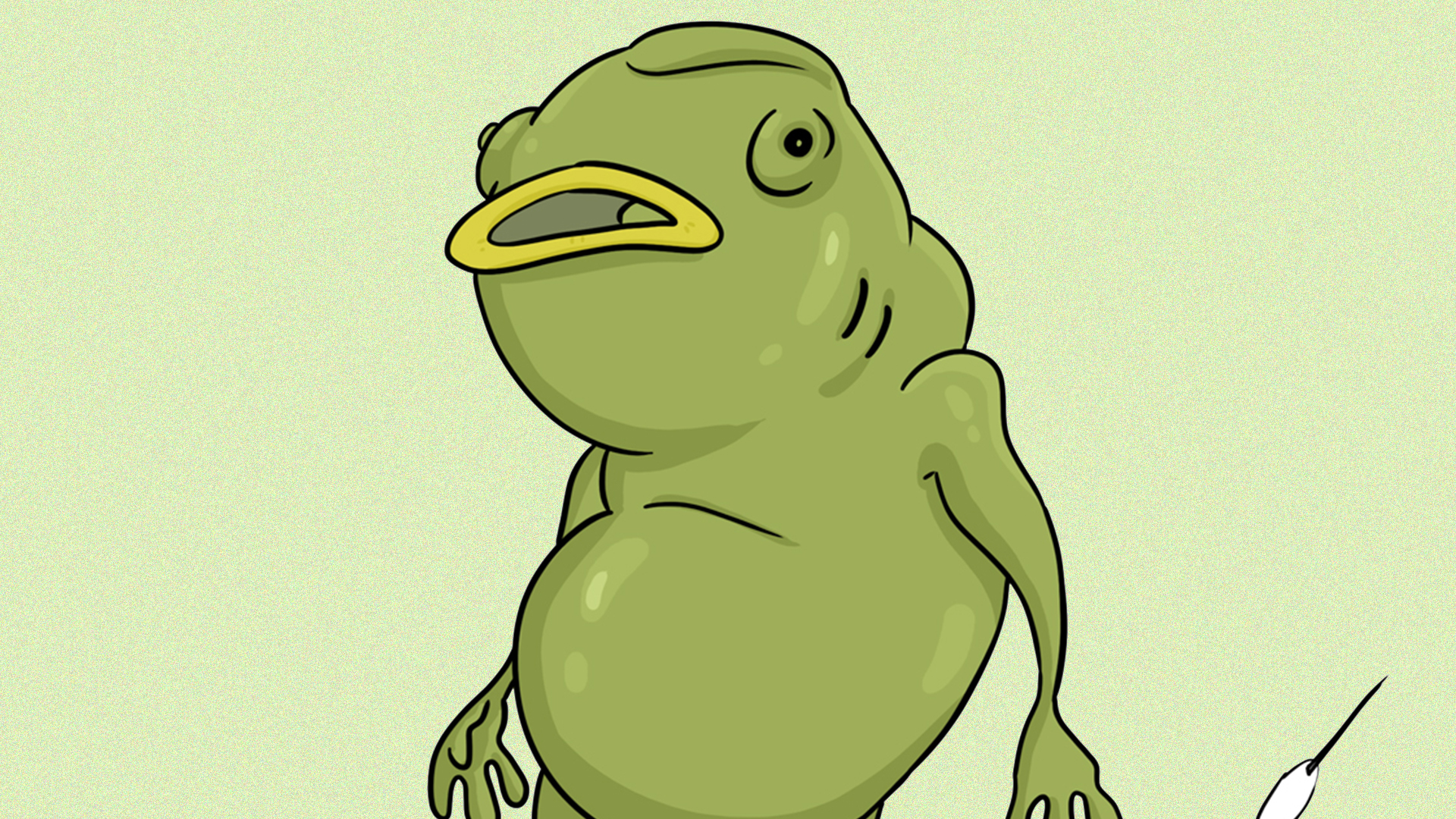 This is part of the Blobby RPG I’m working on. The stat blocks here are subject to change, so check that main post to see any changes.

This river living race builds communities on mudflats and tide lines. Their tunnels burrow into the ground and usually curve into U bends so deeper “caverns” aren’t floaded. I put caverns in quote marks because caverns sounds way too grand and impressive for what the bog beasts actually achieve. Think slightly larger hallways that they sleep in to avoid getting stood on.

Nothing these folk do is in impressive and they barely have any sort of grasp on technology, despite having a fully developed and fairly articulate language.

Occasionally they attempt to make two story homes above ground out of mud and rushes, possibly in an effort to impress each other. Unfortunately this usually ends up in a land dispute with a neighboring Bog Beast who proceeds to get into a fight with them.

Bog Beasts are constantly getting into fights with not only each other but anyone who gets anywhere near the them. However from a safe distance this can make for a fun family day of entertainment. Take a picnic and watch the local bog beasts beat each other up.

They usually refer to other races as “dry skins”, and that’s about as far as their understanding of other races goes.

Scouts are a little more rugged than their wetter brethren. They can be found ranging further afield from the main river looking for new stagnant pools and streams to lead their people to. Their skin is far less froglike, and has a craggy texture. The wilds have made them keen, or at least the wilds have weeded out the dumb ones.