I don’t know what Hollywood thinks is a good way to honour the memory of Robin Williams but this isn’t it. First Disney’s Aladdin and now this.

Joker follows the same beats as it’s originator. A crazy guy gets out of an asylum with a renewed interest in bringing joy to the world only to have his good intentions thrown in his face by The Man. The Man doesn’t value the health system in a way that benefits the patient, so he has to take things into his own hands. I won’t go any further in, for fear of spoiling anything for you.

To say that Joker is making a splash is an understatement. It’s trailers alone were able to send shivers down peoples spines, and with opening weekends overseas already being a total smash, there’s no doubt we have a hit on our hands. Joaquin Phoenix provides a spell binding performance of the antihero Joker, directed by Todd Phillips (War Dogs, The Hangover). Phillips can kiss the bracketed Hangover attribution goodbye though. From now one he’ll be remembered as the guy who directed the best Joker movie. There will always be fans of Heath Ledger’s Joker, but he’s the pop version of what Joaquin’s bringing to the table. 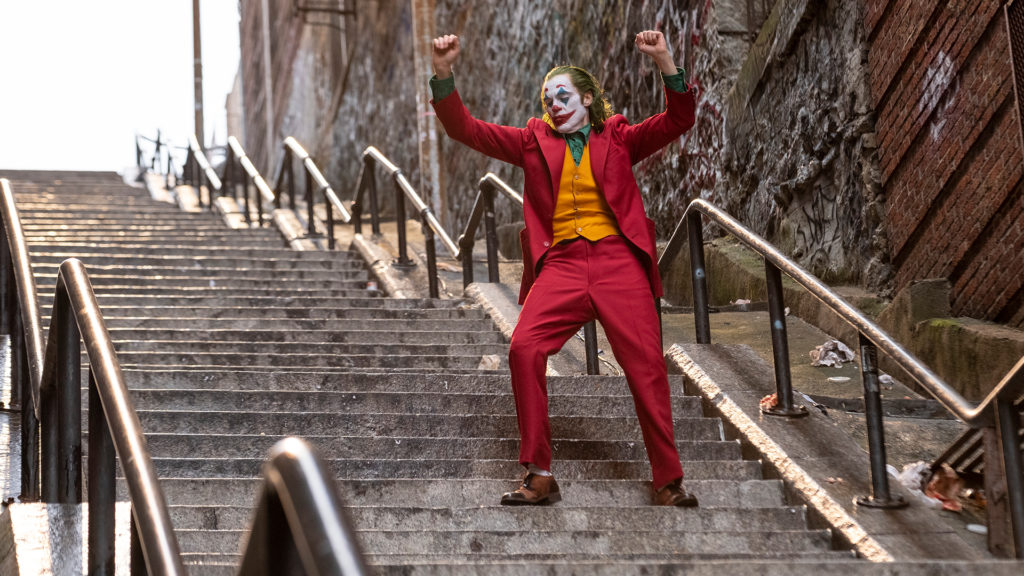 Joaquin’s performance is so intense it can easily overshadow the other performers, including the ever cute and unlikely love interest Zazie Beetz, and the TV funnyman played by Robert De Niro. Marc Maron also has a surprise role where he essentially plays himself which was a nice third act surprise.

Don’t go expecting any Dark Knights swanning around in this movie, This one is all about the Jokers decent into madness as he becomes increasingly hostile toward the world that’s forgotten him. This is an uncomfortable but spellbinding watch, Every moment of Joker’s screentime is terrifying, and he’s on the entire time.

Phillips perfectly matches Gotham’s grimdark mood to the rest of the film, making the city a character in it’s own right. Add in a deep droning ambient soundtrack reminiscent of Bladerunner 2049 and you have a movie that feels like it’s looming over you. 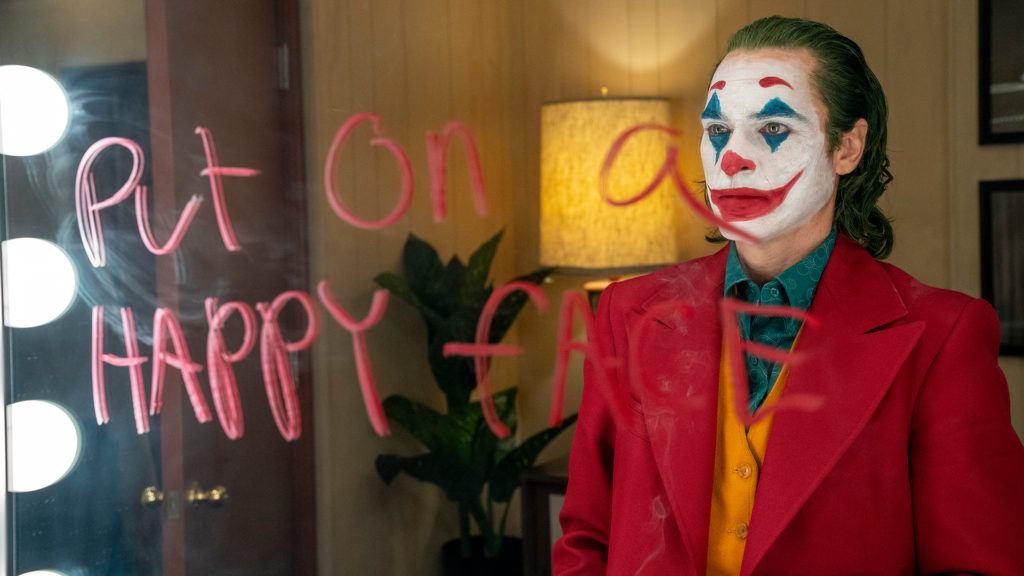 I’m glad I didn’t have to watch this film in the states. NZ is relatively gun free, but I still had my eye on the entrance in case an active shooter wandered in. The movie isn’t as incel friendly as my Twitter feed would have me believe, but it’s definitely fodder for nihilists.

Matt, our resident professional with an opinion puts it well.

“It gave me the kind of anxiety you might feel watching your cat sneak up on a baby bird from across the yard only to then have the baby bird shoot your fucking cat in the chest.”

“And then the bird’s like ‘YO I WHISPERED BACK OFF LIKE 6 TIMES! WHAT’S UP WITH THIS FUCKING CAT RIGHT?’ ”

“And then you’re like “Yeah you go bird!” but then you leave the movie and you’re like “dang my cat wasn’t always an asshole and now I’m gonna have mice everywhere fucking things up”

Having already swooped in to pick up the Golden Lion at the Venice Film Festival word on the street is that this may be the first superhero film to genuinely have a shot at Best Picture at the Oscars. Honestly, it’s deserved. Phoenix’s portrayal of the pseudobulbar affect (a laughing disorder) is as convincing as it looks painful.

This movie was amazing but I’m not sure I needed it in my life.