Super catchy title. I got DOA5 Last Round and just managed to get through the storyline and then into arcade to unlock some more costumes. I’m actually surprised the game has a storyline. It’s perhaps the most well executed story I’ve ever seen in a Fighter. I mean, I’m not saying it was a GOOD storyline, but it was a story none the less. 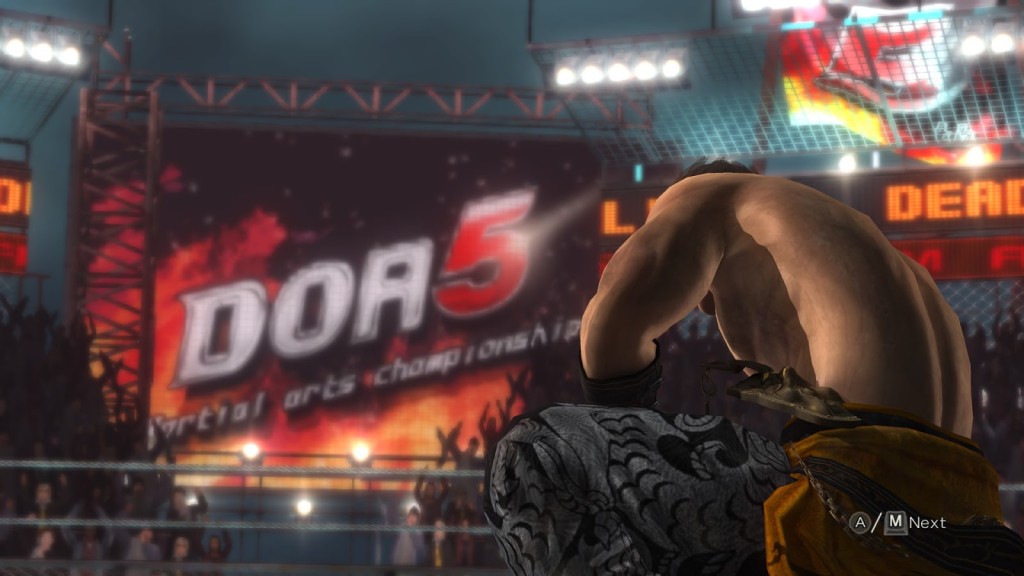 But before we dive into the game, lets look at setup. The resolution can be cranked all the way up to 3840×2160 if you have anything that can handle that which is nice. Full controller support and also “Breast Motion” options. There are 3 options, “Natural”, “DOA”, or “OFF”. “Off” is essentially solid breast implants and “DOA” is if their boobs get replaced with waterbeds, constantly rippling and slooshing around. I’m a “Natural” kind of guy. 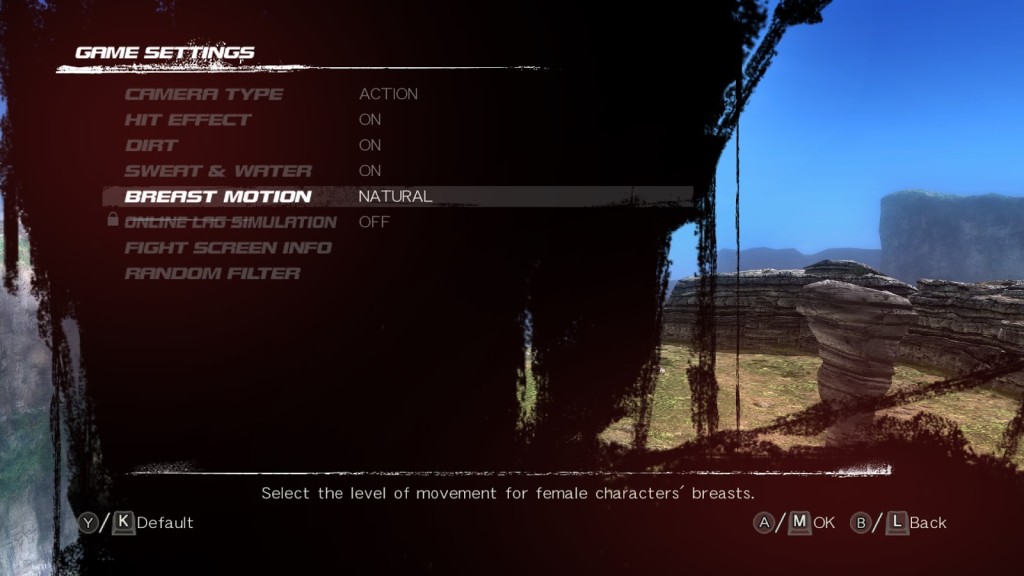 Also for a game that fetishises asthetics over all else, I was pretty unimpressed with the dirt and sweat/water effects. I thought everything would get hyper wet and shiny, but it doesn’t seem to do a whole lot. Tekken Tag 2 does a better job and doesn’t even gloat about it.

Note, all images shot on Bandicam with all standard settings cranked (not 4k however. Anti-Aliasing: 4x SSAA.) Also I didn’t cap any pre-rendered scenes. I did let the engine frame a lot of the shots though, I’m not that hardcore.

It has a Storyline?

The story would pick up whatever character it needed at the time, moving through the selection process for the DOA tournament, the winner of the tournament, through to stuff with Kasumi, clones, and Ninja Gaiden. Sometimes the story would cut back in time to follow another thread of a character you just beat, and the ramifications it had on his little story before getting on with other things. It was quite well done.

The writing was goofy, as you’d expect from a team that spent most of its time shopping for swimwear and getting tits to work in a titty like fashion. There were a couple of moments of physical comedy that went off without a hitch and got me to laugh. It happened twice. I counted. But for a game where I expected the usual “fight to the end for a 30 second cut scene” rubbish I was pleasantly surprised, and I feel like I actually know what’s going on in the game world now. And for once I now know who won the tournament. 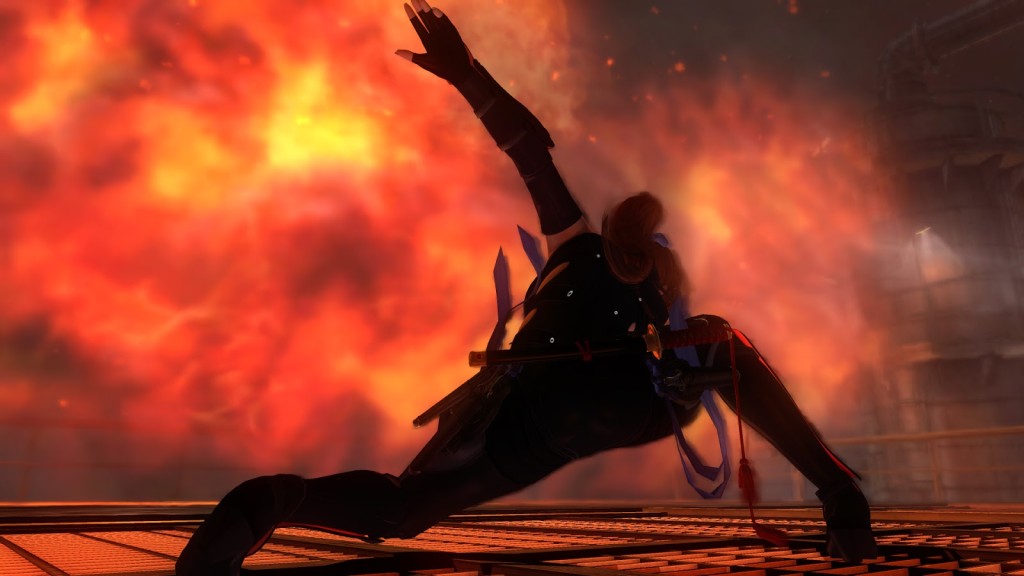 This feeling even overflowed into the arcade maps that I now had some sort of context for. They had a place. Also the environment interactions have been taken to another level. I was already familiar with busting through walls or getting knocked off cliffs from DOA3 on the original Xbox, but they have some pretty ballsy stuff going on now. For instance you can trigger one map to get sucked down a cave river and almost off a waterfall (which you boot your opponent down.) It was super rad the first time that happened. 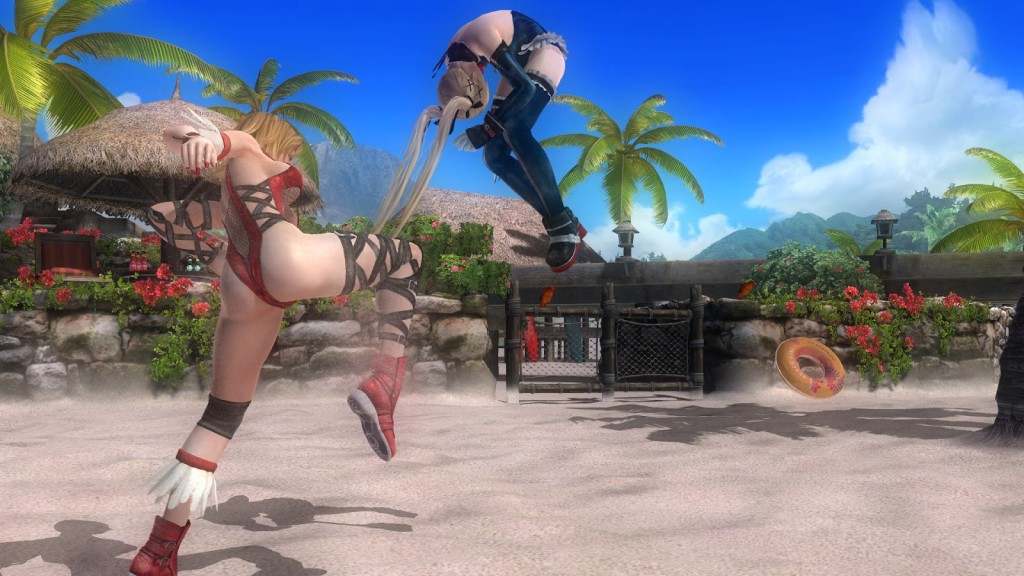 As of this writing I’m not 100% a master of the combat. I’m out of the mashing stage, and I can confidently tell you what the character is going to do when I press a couple combinations. Blocking is set to X on the Xbox controller, then you have grab, punch, and kick. Pretty simple setup to get your head around really. Career tip one for any would be button mashers out there, never press X. It just makes you look like the spaz that you are. 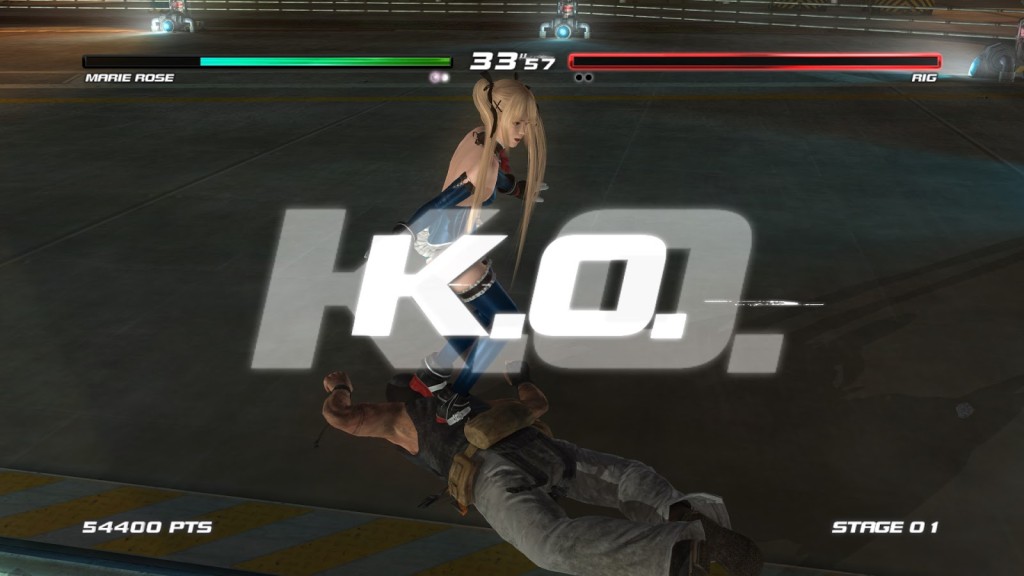 And now an intermission of fun glitches. My new favourite character is now “rotar blade/Industrial tank lid thing” that’s attached itself to everyone’s heads. It made me crack up, and the bug reproduces itself every time. At first I thought it was a legit part of the game because of how perfectly it tracked peoples heads. 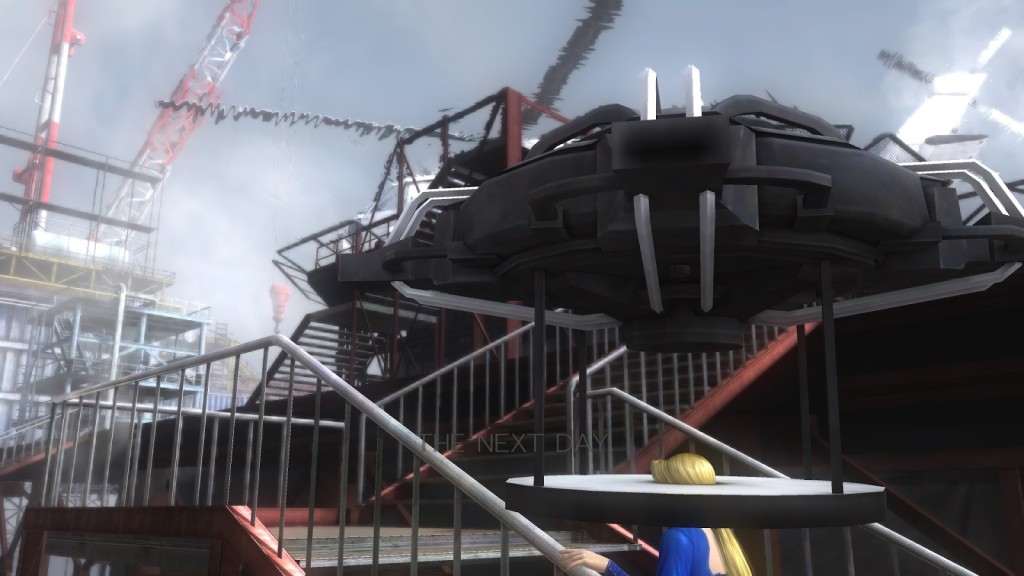 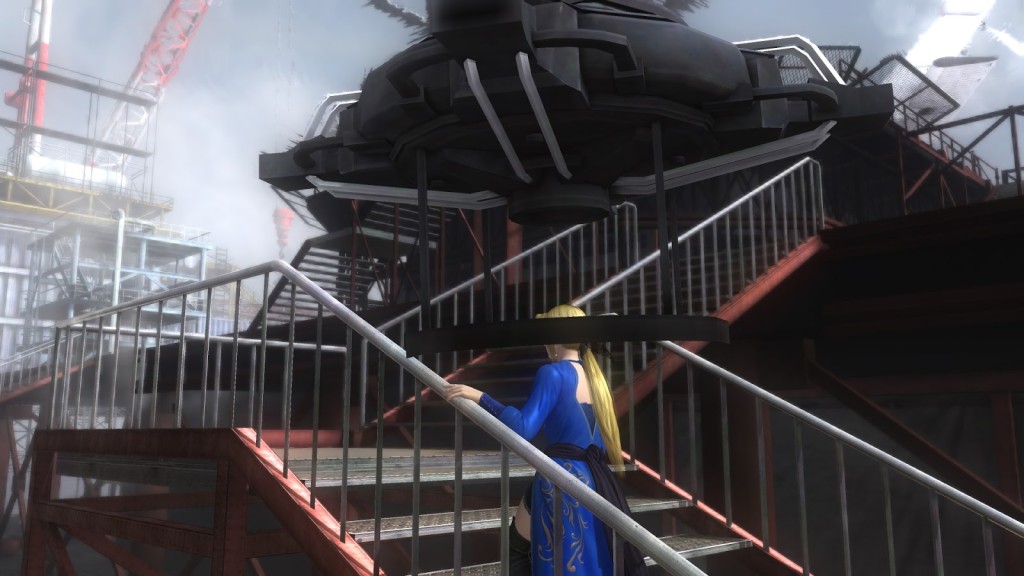 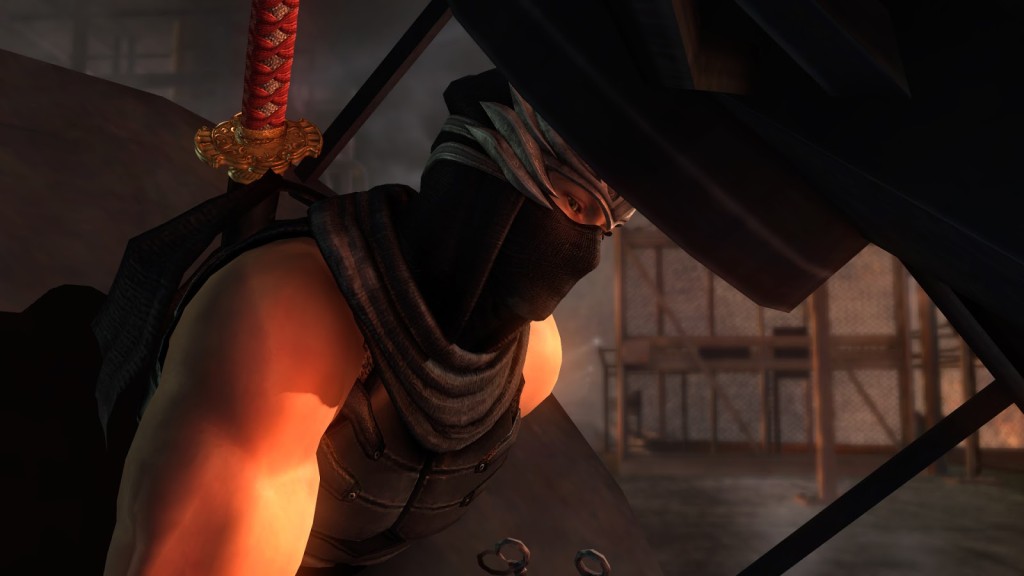 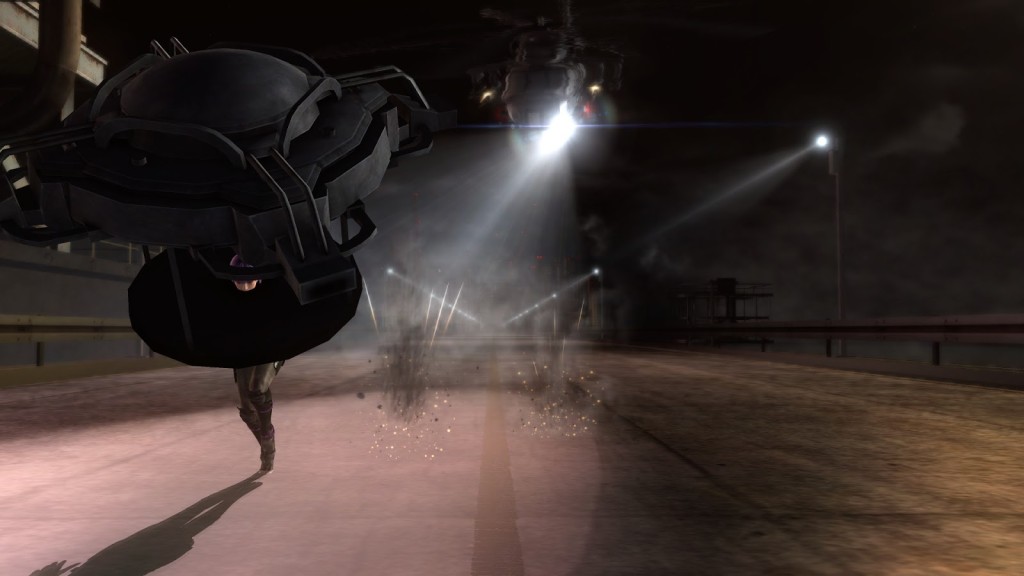 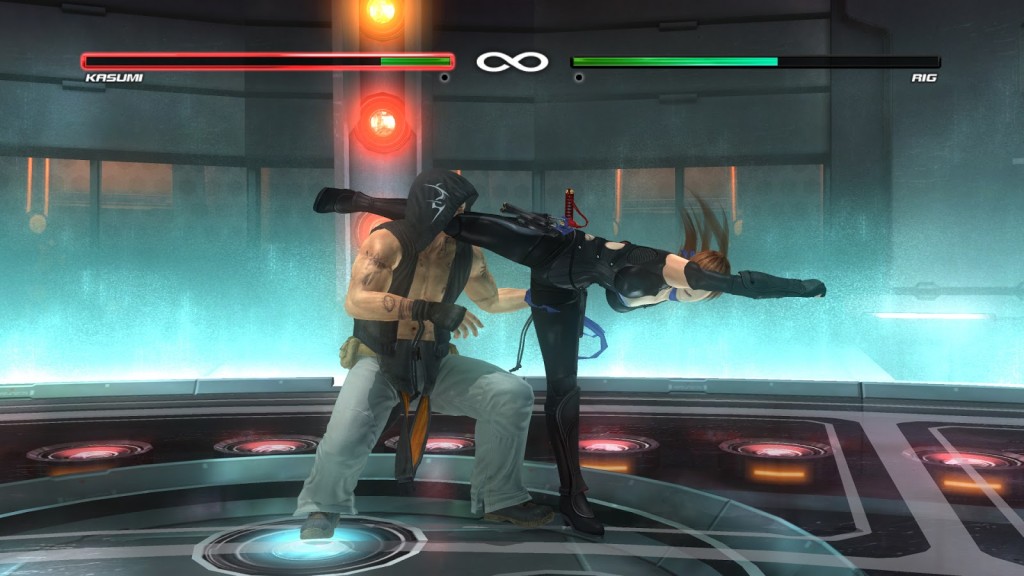 Also when you win or lose a match the character poses for you so you can run the camera up and down their firm bodice (if they’re wearing a bodice). It kind of makes me feel like a total creep. But hey, equality. 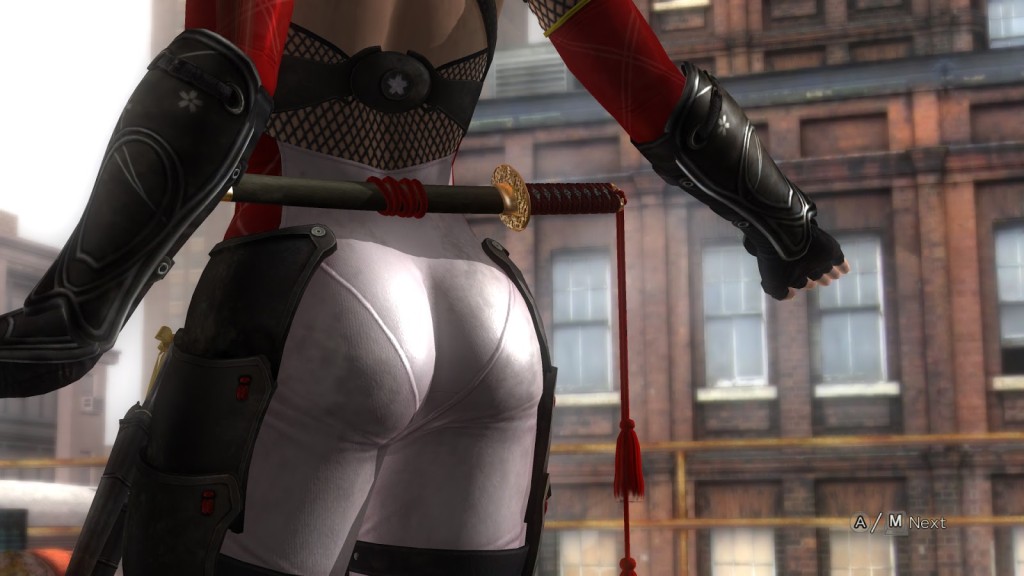 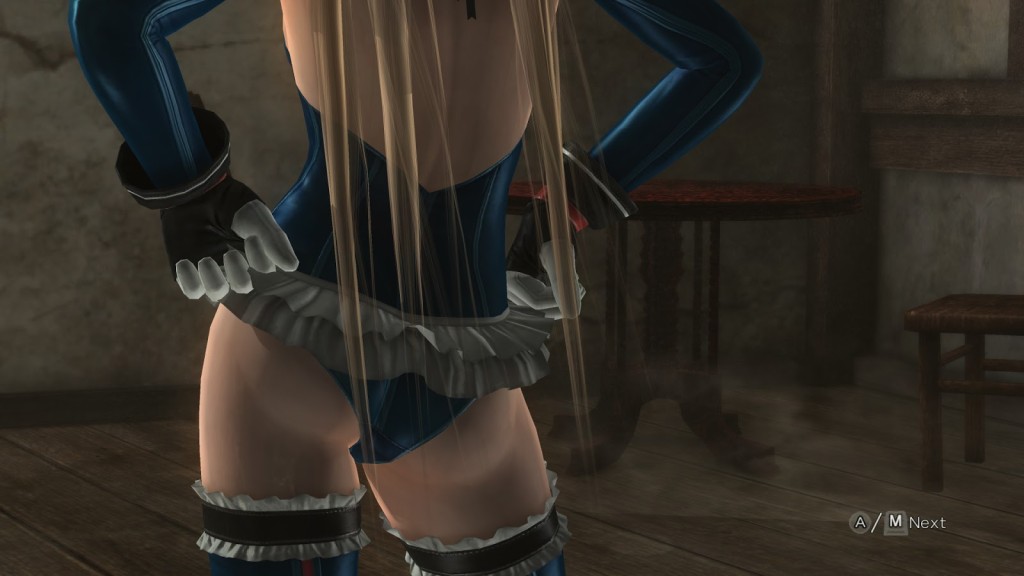 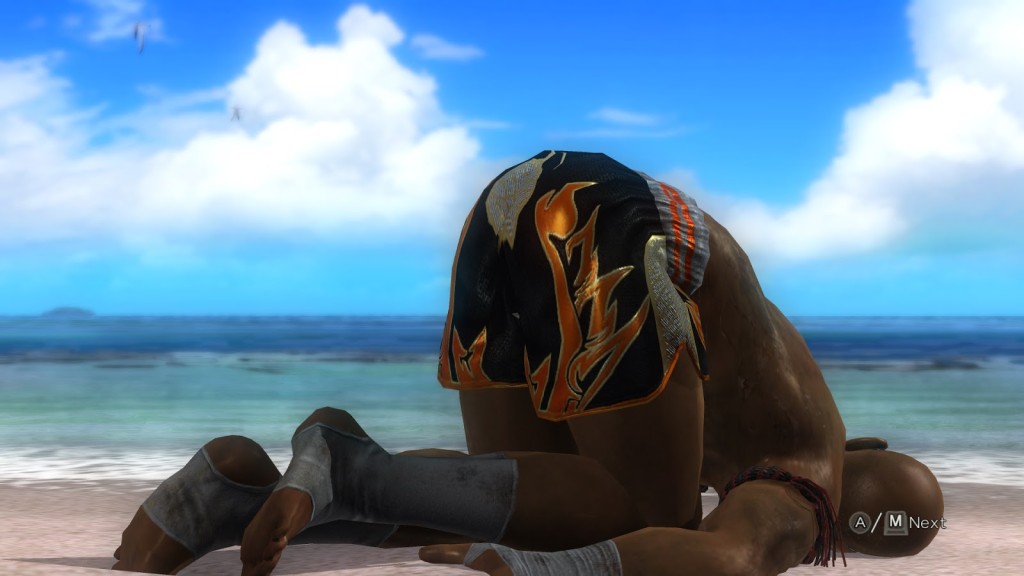 Should you get this game?

Maybe when it’s twenty bucks. It’s not worth it at the moment. It’s fun, but at the moment lacking Online multiplayer. Maybe in a month when the hype has worn off and all the features are in it’ll be worth it.

0 Thoughts on Dead Or Alive 5 Last Round – PC Review