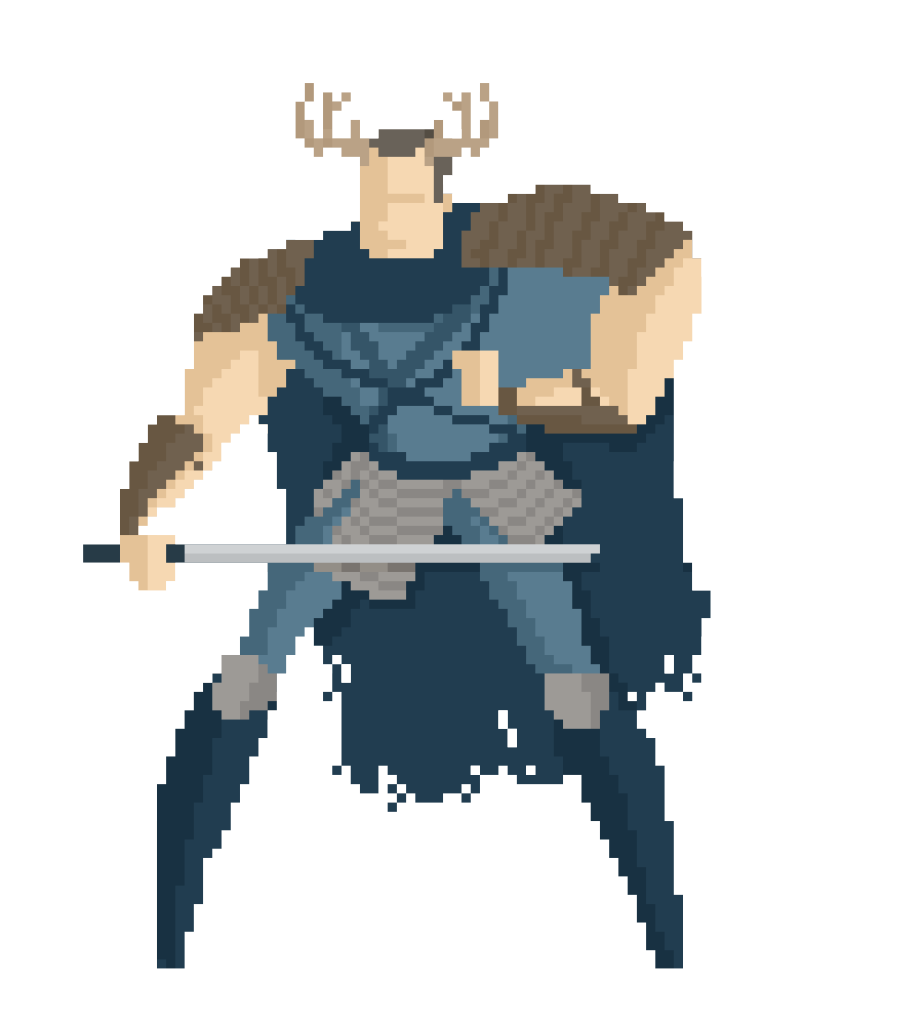 So here’s how the final design of our main protagonist is gonna look. The antlers were part of the original vision and for a while it was looking shaky whether they’d make it through to the final design or not. They might even get bigger! 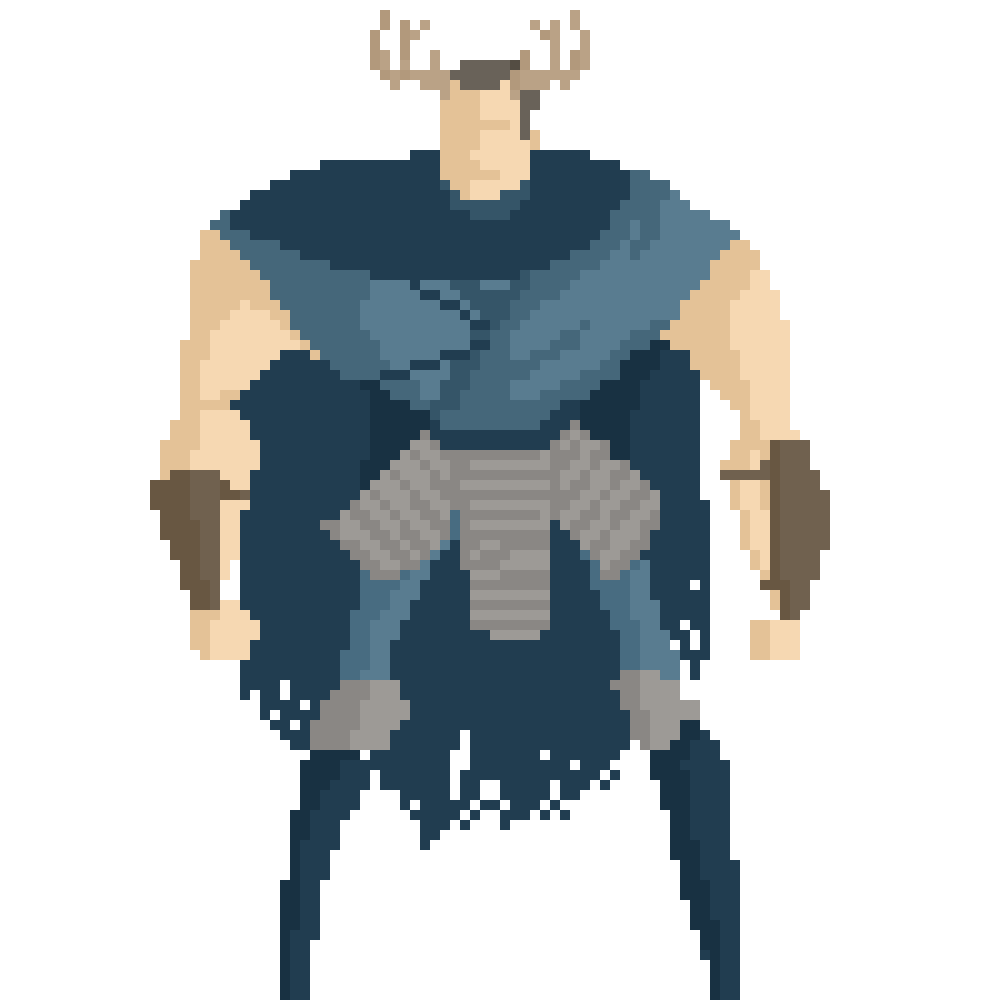 Here’s a version without shoulder guards, just to give you a feel of how he looks straight on. 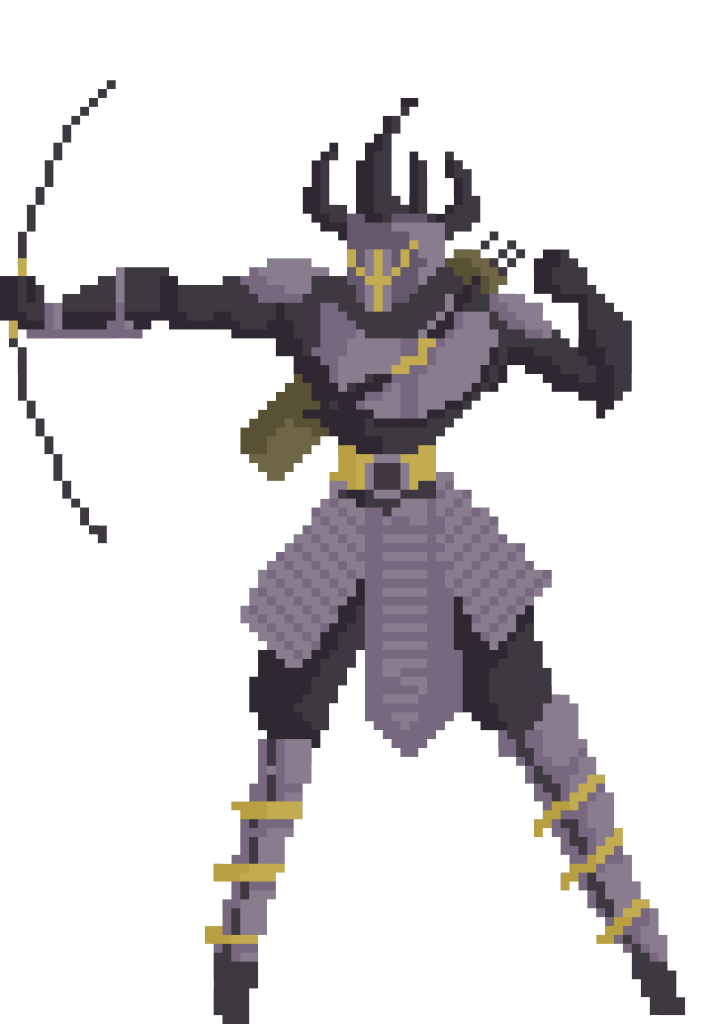 And this is the final archer, he’s bad ass. And by final I mean, final concept before I make him cool and animated and fix that fucked up bit at the bottom of his bow. The spikes on his head are probably gonna be a real bitch during animation but screw it. I like him. I nicknamed him “Sauron Archer” in the file names.

I’m just about to get into doing a behind view of the protagonist and then doing some attack animations for him. First animations of the project! Exciting.