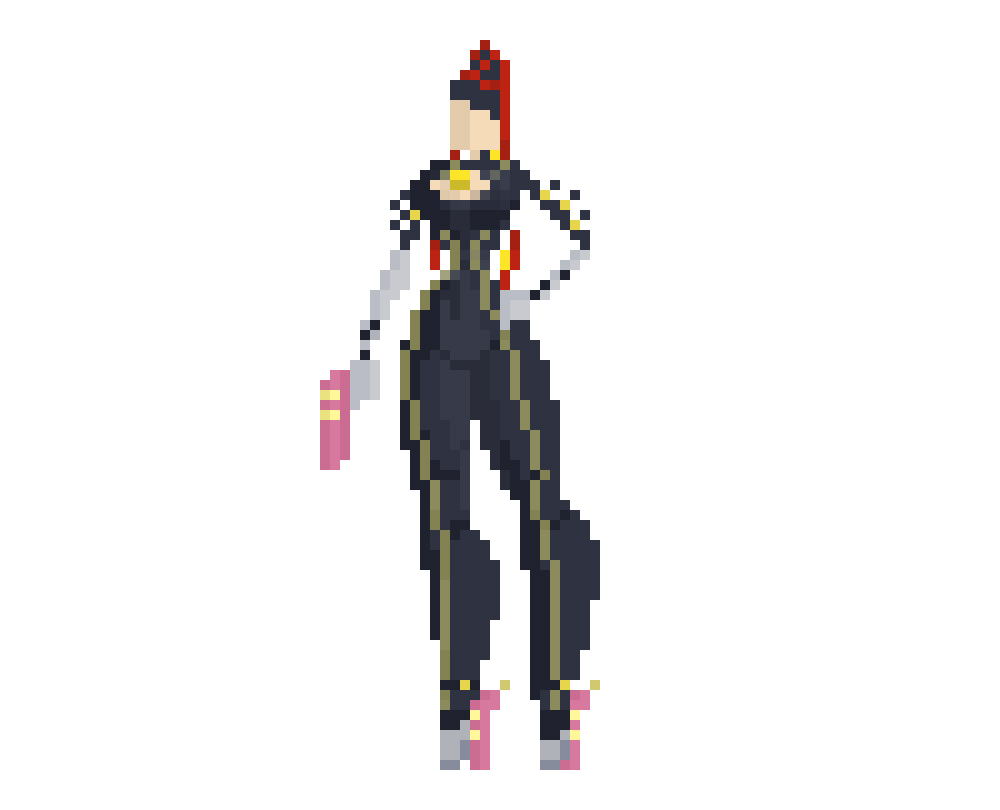 Get this as a sticker as well!

Bayonetta was released in late 2009 by Platinum Studios, a bunch of ex-Capcom Clover Studio guys who were behind the critically acclaimed Ōkami. In Japan she was marketed with her butt, while in the rest of the world she was sold on the fact she has guns for high heels. Her entire character was almost reworked to appeal to a western audience but never amounted to anything. The westernised outfits seem very medieval almost? I guess they went and saw that we have a massive stiffy for norse mythology or something.