This is for Wednesday the 14th (last week).

I got up a little past eight in the morning (Cause you know, sometimes I don’t get up till a little past eight in the evening,) and got packed. I’ve always been proud of my belated packing skills, although two nights in a motel, there’s not a whole lot a guy like me needs to pack. A single pair of underwear, on the second day I turn them around, then on the third I turn them inside out, then on the fourth day I turn ’em around again. IT’S ECONOMICAL DON’T JUDGE ME.
Matt and Keir were Nannas and took forever to get out the door. They had some legitimate excuse. I can’t remember what it was so I’ll just make it up… As they were going out the door, Milly the dog jumped out of nowhere and ate Keir’s copy of the Codex of Cigas. Fortunatly Matt is well versed in using the Heimlich maneuver on domestic animals (after that one time when his little brother got swallowed by their jack russel.)
Anyway, We dropped off a book at the library, Halo ODST at the video store, tanked up with 50 bucks of petrol (Gas, for all you crazy Americans, You’l find lots of it in a bit of your ocean.) got a box of Coke to last us the trip down (Consequently we didn’t get through the 25(?) cans until our trip back two days later) and then we were set!
So we set sail for Hamilton. I asked if anyone had a camera, when we realized that the only cameras we had were on our phones, and after a discussion about how we may as well do nothing at all if its not being recorded pictorially Keir set about her personal mission of taking photos of practically everything with her phone. She was gutted we missed Jew road. Sigh, our antisemitic friend will never be able to see it now! 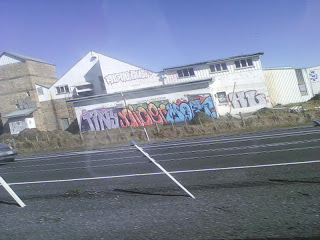 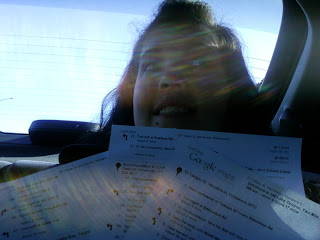 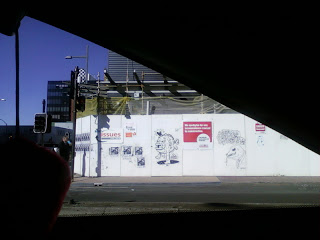 When we got to Hamilton to pick up Hanna we suddenly realized that text directions without a map are pretty much useless. So through texts with her and good old kiwi taking wrong turns but it being ok ingenuity we managed to find the university.

And then we found Hanna! Woo! Finally! My entire readership of this blog in one place at the same time! Then came the “getting to know everyone” part of the trip. Which wasn’t bad, because they’re all such cuddly people anyway… Hmmmm, We played an epic hard game of eye spy, either that or we all pretty much sucked. We went through some sweet pine forests which are failing to offset our self imposed carbon tax, we were gonna take a look, but Matt said that the car would probably get stolen. Thats a pretty tall order for woodland animals. Since you know, there aren’t any people for miles around, and the only ones who are around already have a car of their own.
We made it to Taupo intact, and we were pleasantly surprised by how nice the Motel was. There was a limpy cat, which Hanna enjoyed giving pats and cooing threats to about cuddling it up and taking it home with her. 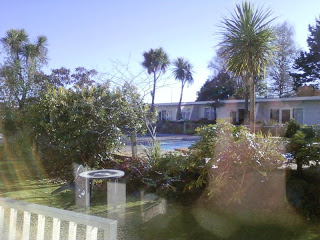