A draw? That's like winning!
Getting all naturey again
Uncategorised June 24, 2010
Share
Wow. The blog looks so clean and pro looking it makes me feel like writing above average posts, just so the content matches the medium. Even this bit I’m writing into now (The composer) is all new and swish. You kind of wonder why they would release a new better layout, not tell you about it, and then bury it in settings and menus and drop down boxes. No need to be ashamed google, I think the silver look is cool.
Breaking news! A few weeks ago winter got to New Zealand, it has since taken up residence and refuses to leave early for spring. Inhabitants of the small island country have taken it upon themselves to do battle with winter and keep as summer temperature feeling as possible. Walking the streets you can see people dragging around blankets from their beds, resigned to the fact they have to go to work but stubbornly refusing to leave the comfyness of bed. More ingenious citizens have cut foot holes into sleeping bags and shuffle madly around, resembling upright circus caterpillars. The more cynical residents have forsaken the outdoors completely, preferring to keep the curtains closed to trap the heat and obscure the view of a world that would really like to kick them in the arse if they were to bear it. And the world knows its only a matter of time till the hermits have to peep out their heads and make a bolt for the car. They have to get food somehow.
When everything goes back to a more reasonable temperature we might see them more…
Sometimes I wish it would snow, just so we have physical evidence it’s cold outside.
SEKO still dropping it down at the train station. 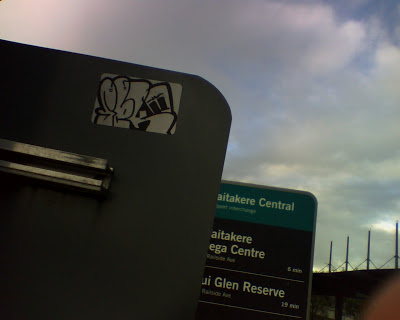 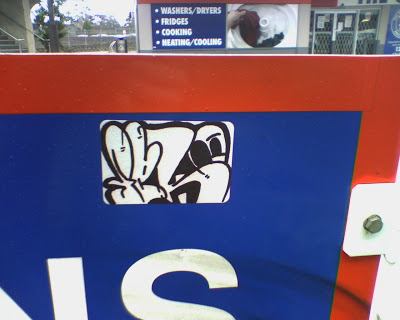 Ok so the council has the time to buff an entire wall but they can’t be screwed getting some slime off it? Thank goodness the local neighbourhood taggers decided to selectively clean bits of it off. At least someone around here gets things done. 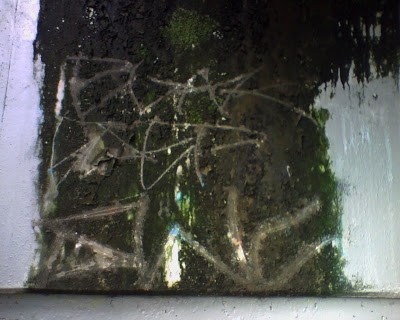 0 Thoughts on Matching the medium