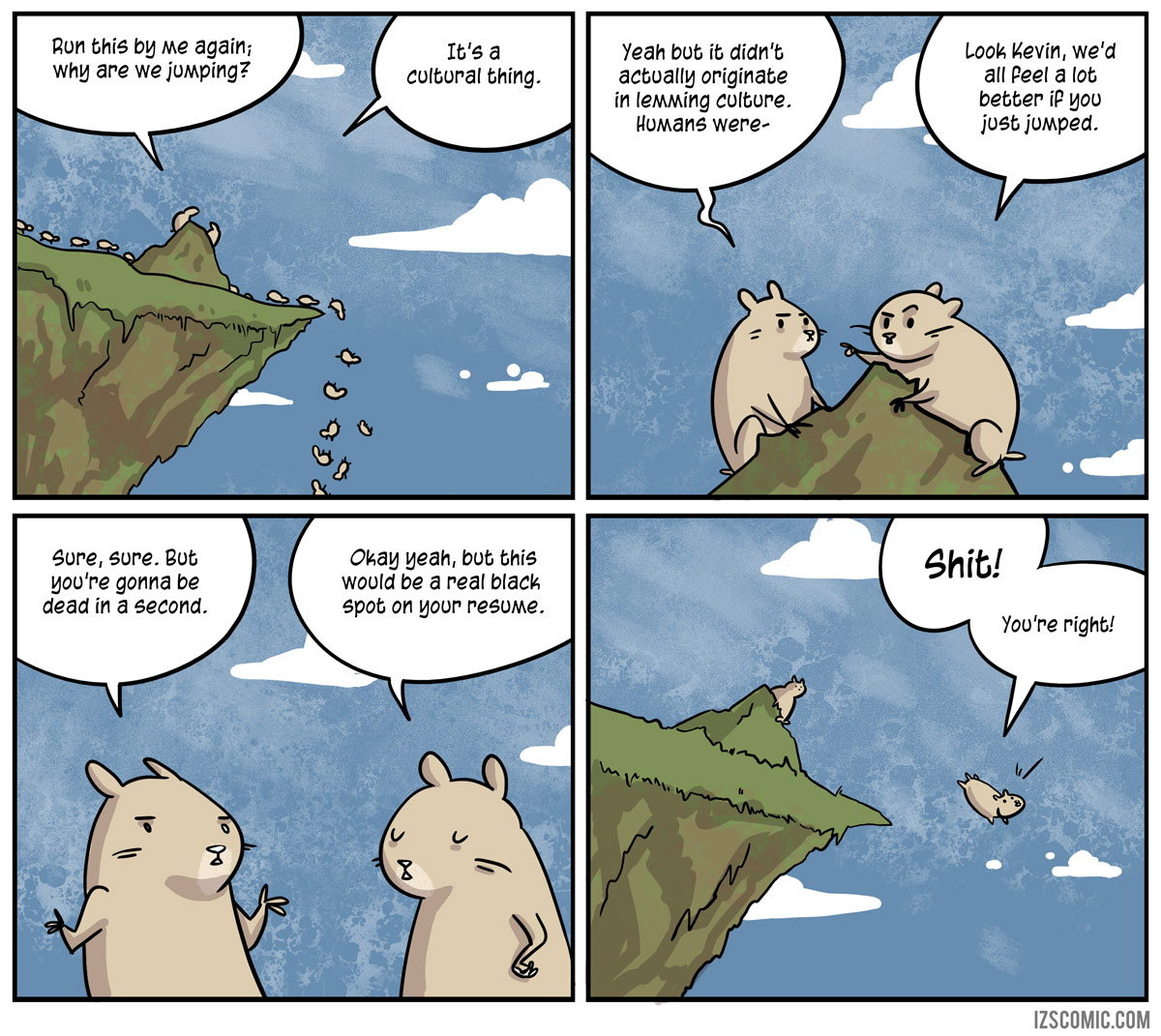 For years I thought that Disney was solely to blame for the whole lemming myth, but when I looked into it a bit deeper (during the planning stage of this strip) the story turns out to be slightly more complex.

Turns out that the mass lemming suicide deal has been something of an urban myth for a long time and when the writers at Disney were planning out their 1958 doco White Wilderness they really didn’t question it. They wrote in a lemming sequence, but when the crew got to Norway or wherever the fuck, the recalcitrant little fuckers didn’t particularly want to stampede to their deaths. So in an effort to capture the essence of the truth, if not the truth itself, the filmmakers essentially corralled a shittonne of lemmings off a cliff and the rest, as they say, is history.

↓ Transcript
Lemmings are cascading off a cliff. One of them isn’t buying into it.
“Run this by me again; why are we jumping?”
“It’s a cultural thing.”

“Yeah but it didn’t actually originate in lemming culture. Humans were-”
“Look Kevin, we’d all feel a lot better if you just jumped.”

“Sure, sure. But you’re gonna be dead in a second.”
“Okay yeah, but this would be a real black spot on your resume.”