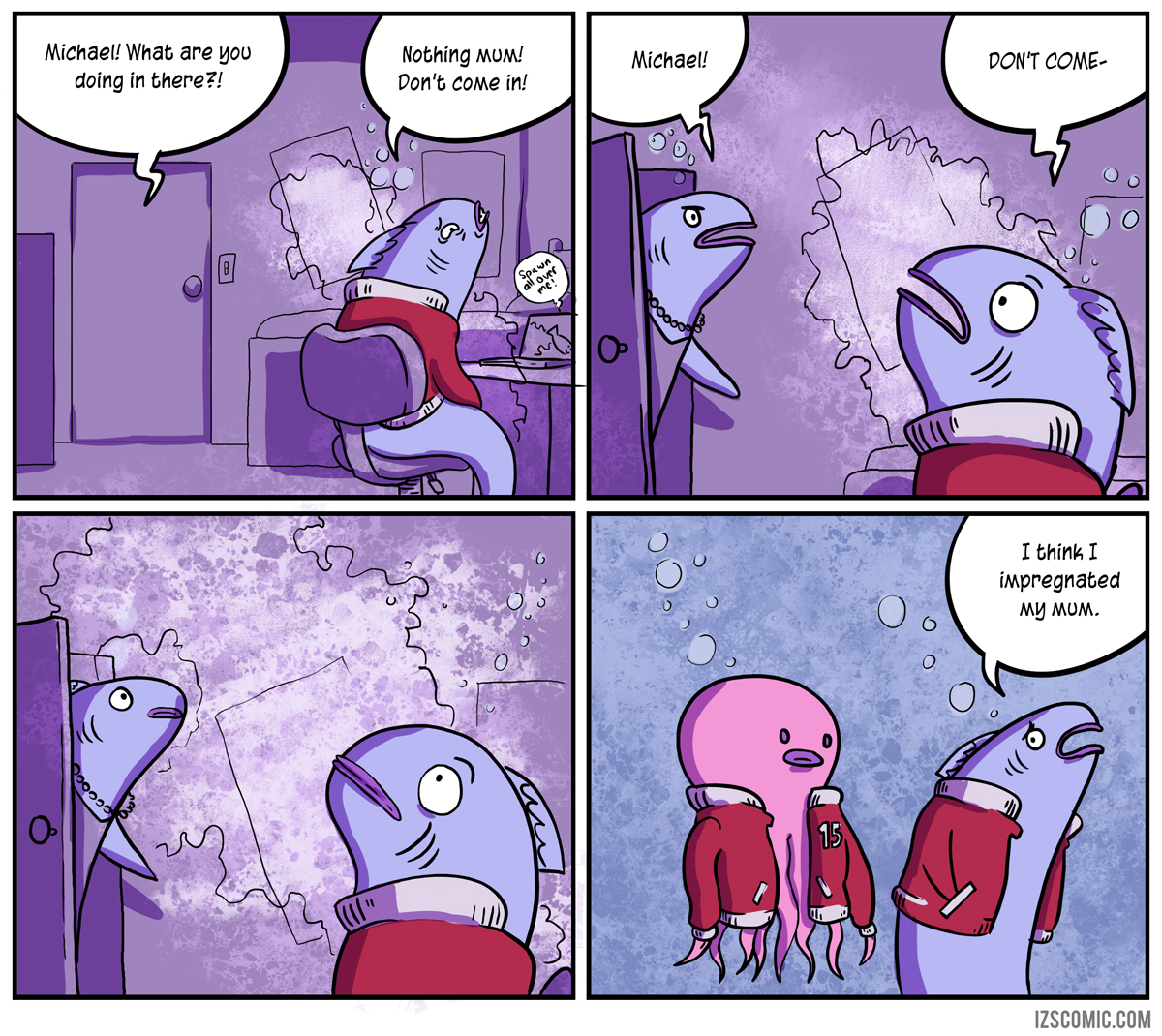 After drawing this I realised that it really hasn’t been that long since the last aqua sex joke. There should probably be some personal limits put in place for this sort of thing so I can avoid an intervention.

Let’s talk about Vero for a moment, the new killer social media that will definitely last. I’m not bitter about Ello. To be honest, Ello has responded remarkably to its userbase, and I think Vero can probably take some notes. Ello came at a time when certain parts of the Tumblr userbase (and elements of Facebook) felt they couldn’t share their shit and Ello became a safe haven for their content. Because Ello was so open about not censoring its userbase, it attracted more artists. While Ello only had a passing interest in artists early on, it’s now flying its motto “The Creators Network” proudly. That’s an awesome reaction.

Vero’s initial plan has been to monetise after the first million subscriptions. I absolutely believe that when they add the subscription model the service will fall over. Because who gives enough fucks about social media to pay for it? Kids and businesses. Who has money? Not kids.

They’ve hit a million subs already, but using the excuse of service interruptions they’re extending the free sign up indefinitely till they’ve figured stuff out. Personally, I believe they don’t want to throttle their signups while the hype is strong. But Vero should watch how it’s audience evolves, and let the community shape it. I think if they follow their userbase, they’ll create a more interesting social hub than what they currently have. I mean, seriously, being able to share apple itunes songs is not that great.

What I’m really trying to say is, I’m on Vero and it’s very lonely, plz find me at “IZScomic”. Thanks.

Just another reminder that we’ll be at the Auckland Zinefest tomorrow. If you can’t make it you can use the code in bold below to get 20% off any online items in our store till the 4th of March: