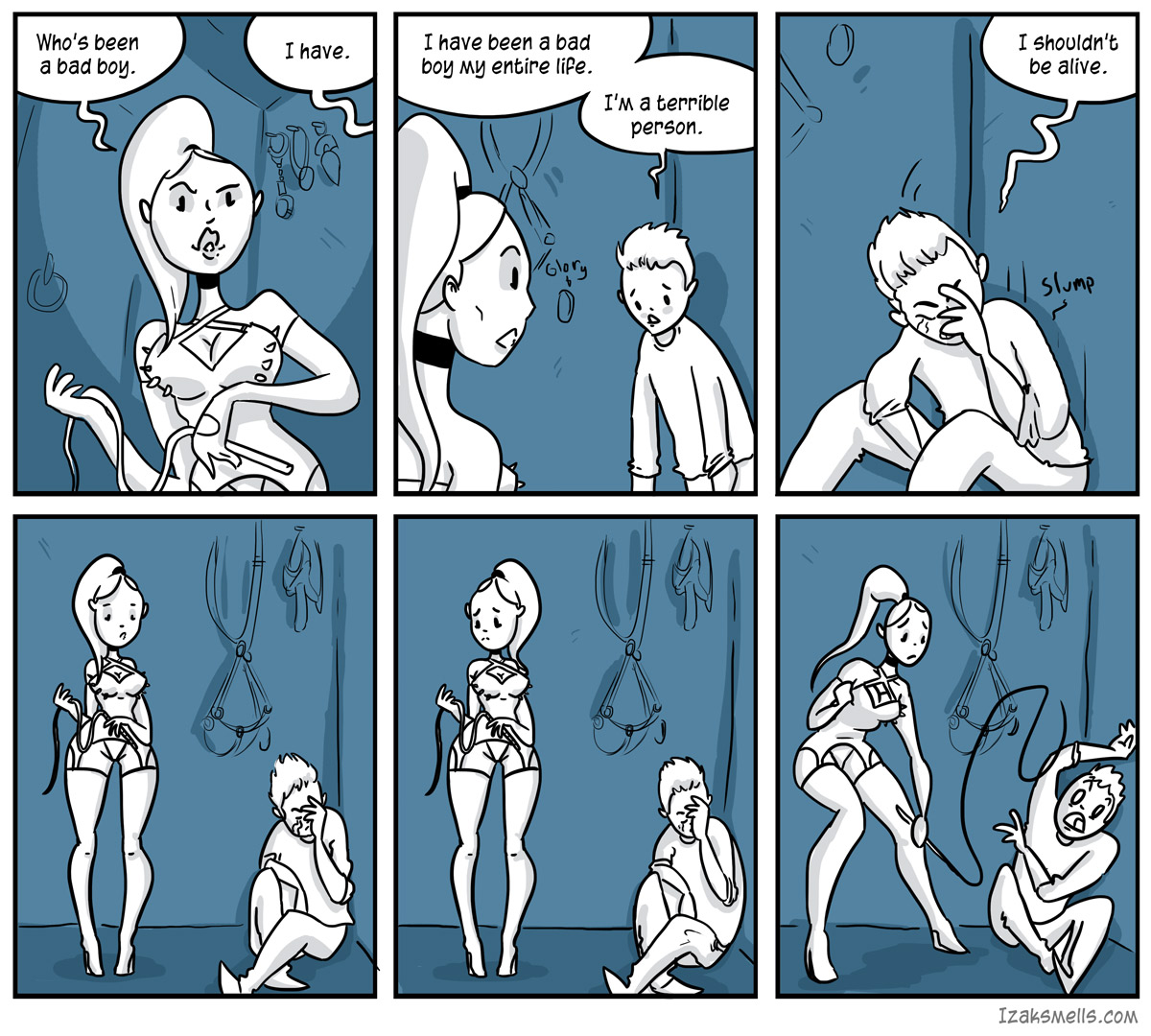 Some things are out of our comfort zones, and we deal with it in the way we have been equipped throughout our lives. Some peoples tools for coping are in fact actual tools, and not emotional ones at all.

I’m not as comfortable with colour as Becky is. So don’t go expecting amazing things from me anytime soon. I’ll ease myself into it. I don’t want to fail super publicly in front of all you guys, if you know what I mean.

I’m getting home earlier from work these days, which leaves me with an extra hour in the evening, which makes the evening go infinitely longer than it did before. Previously I’d get home with three hours before bed time. I’d be stressed out trying to jam in time to do a comic, and then after dinner I had just enough time to be a little bitch before crawling into bed and starting it all again.

So that’s why I’m able to spend a bit more time doing longer strips, which have technically been against the rules of how we run things at IZS. But after comic 300, everything is up for grabs.

↓ Transcript
*script ripped from a convo between K-Dog and I.*

Kristof: I almost feel like messaging him some inspirational tough love, but I doubt he'd ever see it.

Izak: Same. I think he would see it. He'd read everything. Because he likes to be punished

0 Thoughts on Who’s been a BAD boy