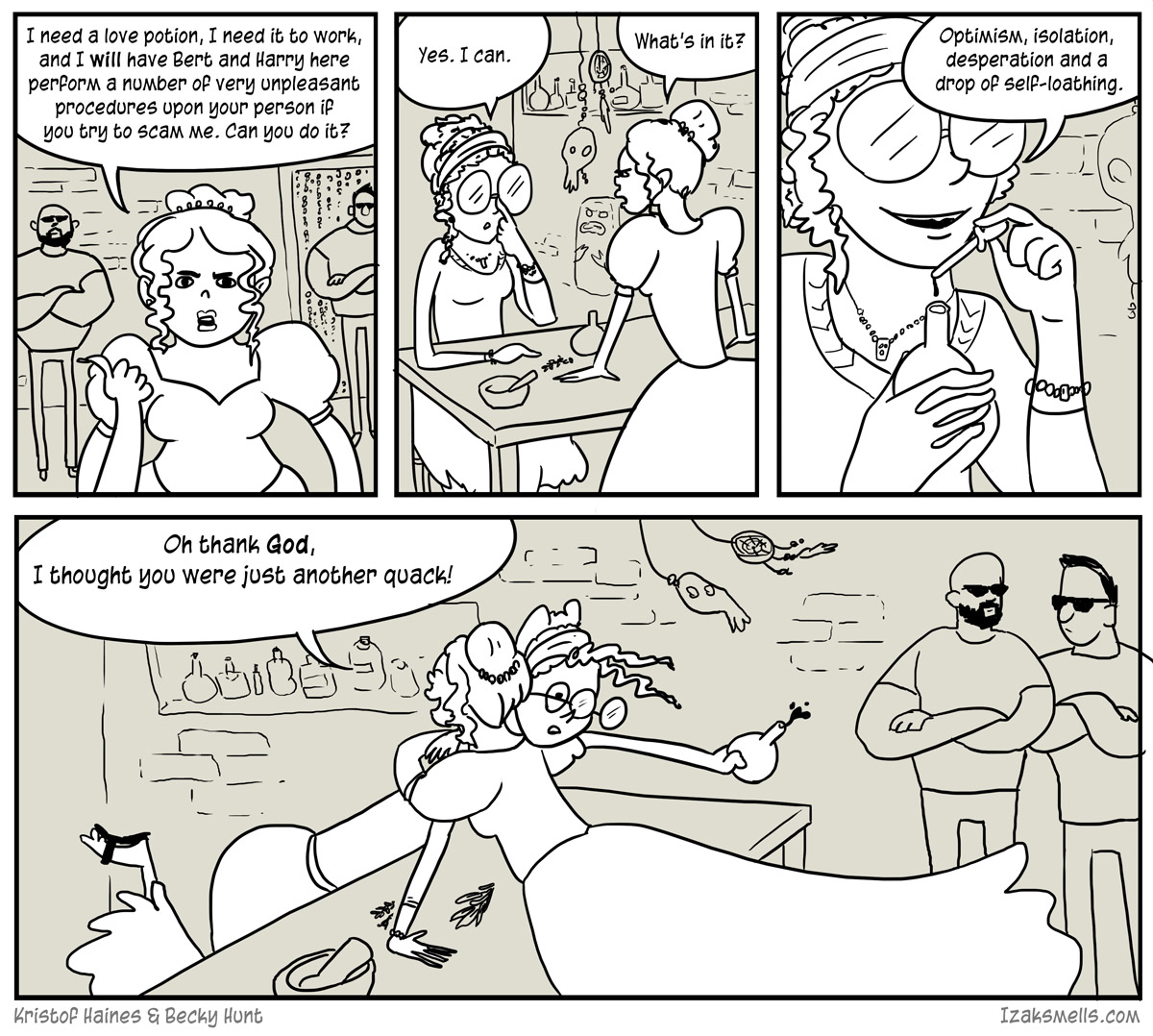 I think people have been going about the whole love potion thing all wrong. The idea that you slip it into a person’s drink like some romanticised date rape drug relies pretty heavily on the thing actually having an effect. However, if a love potion instead required you to drink it (hence becoming irresistible to your helpless intended) then the mighty power of placebo has the chance to do its thing. With the unshakable faith that they’re, like, totally into you, you’d actually have a much better shot. You’ll also quite probably be acting like an insufferable jerkbag but fortunately for you that usually works.

↓ Transcript
A noblewoman is standing imperiously before a witch, in the witch’s hovel. She has two big, strong meathead guards with her. The witch knows that she could die a horrible death at any minute but she’s proud enough to still not take shit from anyone.
“I need a love potion, I need it to work, and I will have Bert and Harry here perform a number of very unpleasant procedures upon your person if you try to scam me.
Can you do it?”

“Optimism, isolation, desperation and a drop of self-loathing.”

Full panel beneath the first three: The noblewoman is overjoyed and has caught up the witch in an enthusiastic embrace. The witch is very clearly not used to this level of physical contact. Bert and Harry are just looking at each other, nonplussed (‘Did I miss something?’ ‘Shit, I dunno.’)
The witch is now the noblewoman’s favourite person.
“Oh thank God, I thought you were just another quack!”