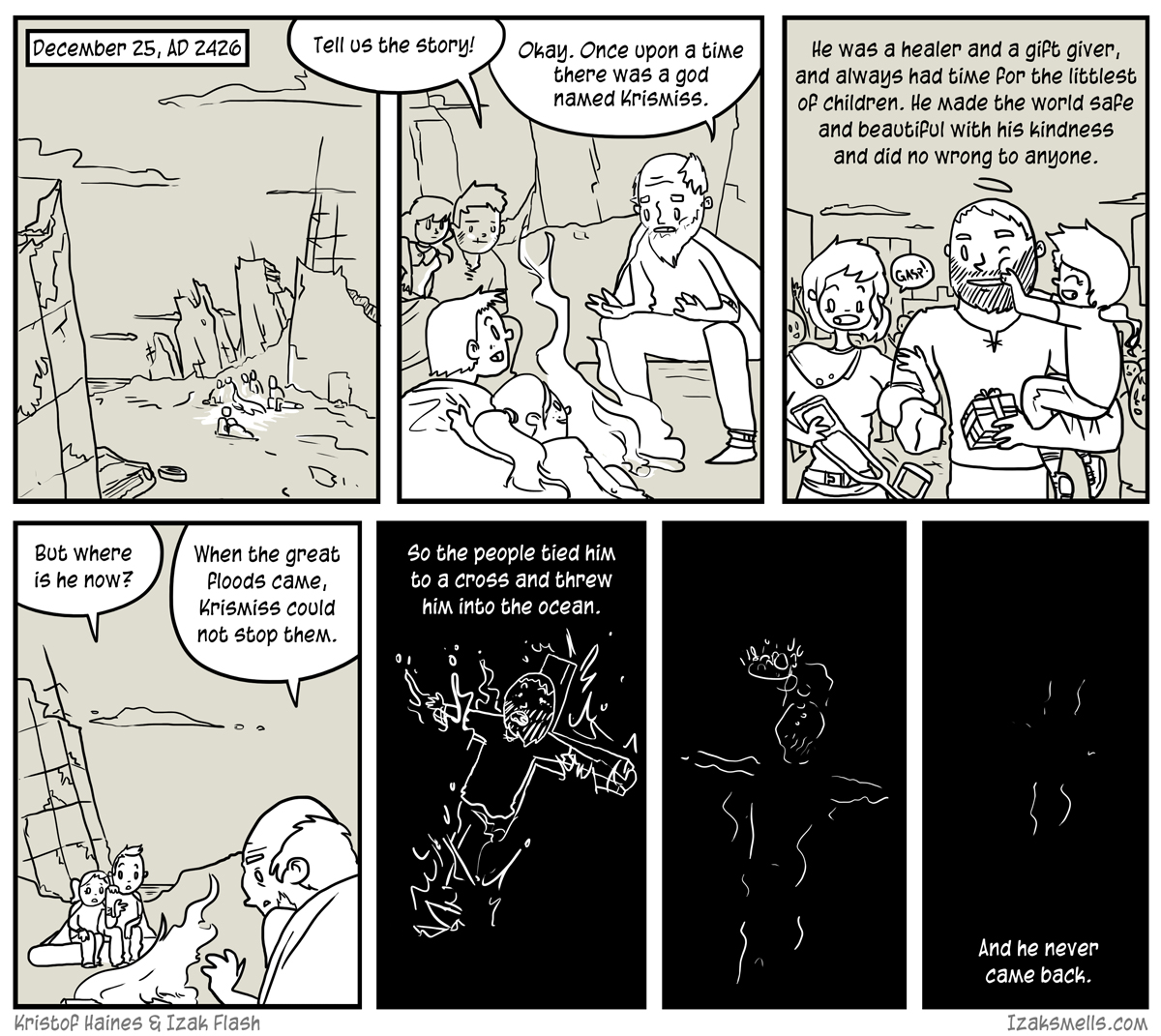 What kind of stories will we tell after the apocalypse? What myths will we pass on, which gods will we curse by? Perhaps not the most festive of thoughts for the Christmas season but then again, those living in modern day Bethlehem know far too much about the apocalypse already. What stories are they telling now?

Glory to God in the highest, and on earth peace, good will toward men. – Luke the Evangelist

And what rough beast, its hour come round at last, / Slouches towards Bethlehem to be born? – William Butler Yeats

An extended family crowds together around a trash fire in a shelter mostly made from odd bits of plastic and rusted steel. There is an empty sock laid next to the fire for each one of them. The apocalypse came and went long ago but this family, and presumably others like them, are still here. Despite their squalid surroundings and ragtag appearance, they seem cheerful. It’s a special day.
The youngest child pipes up.
“Tell us the story!”
A wizened old grandfather smiles indulgently.
“Okay. Once upon a time there was a god named Krismiss.”

We see Krismiss, a hearty fellow of good humour and prodigious strength. He has a voluminous beard; brown or black, not white. He wears simple clothes. As the grandfather tells the story, we see it unfold, with only his words overlaying the images.
“He was a healer and a gift giver, and always had time for the littlest of children.

He made the world safe and beautiful with his kindness and did no wrong to anyone.”

For one panel we return to the shelter. The child looks up at the grandfather and speaks the time hallowed words.
“But where is he now?”
The rest of the family looks on. They know how the story ends but still listen raptly.

“When the great floods came, Krismiss could not stop them. So the people tied him to a cross and threw him into the ocean.

And he never came back.” The final panel returns to the shelter, possibly to a close up of the grandfather. He finishes his story with the barest hint of an unshed tear in his eye.