So I played Prey a couple weeks ago and promptly forgot about it. I should probably get back into it because there’s plenty of game to be explored. However the Switch has been making its siren calls slightly to the right of my PC.

What follows is my “first impression” write up I knocked out quickly for work, followed by the usual dump of screenshots. I didn’t take any shots of the baddies because normally they’re either A. Pretending to be cardboard boxes or B. moving really fucking fast and making me scramble around with what little resources I had. 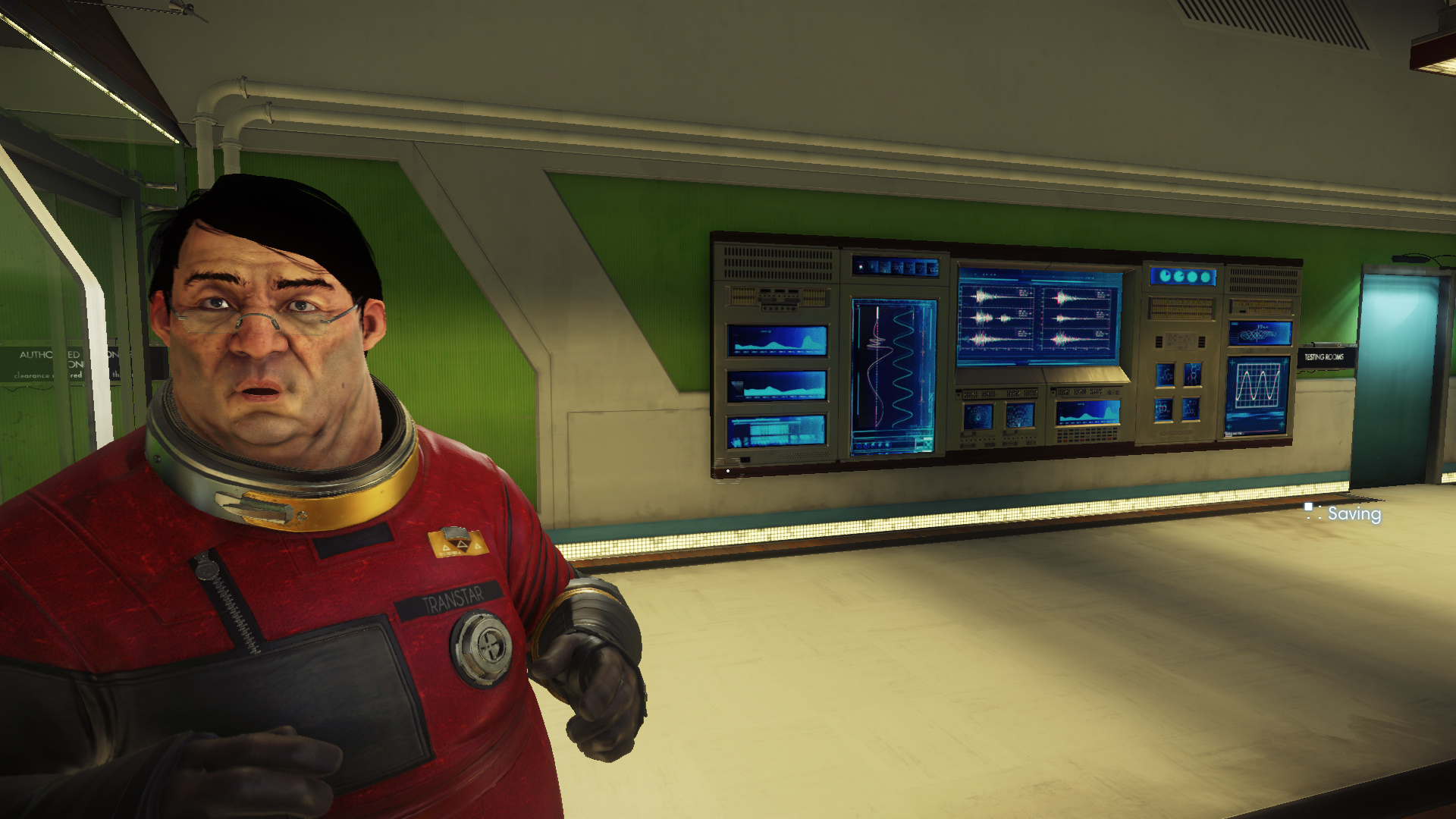 Prey is a game of double bluffs, and intricate small moments create an impressive larger whole.

The first moments of the game seem normal enough and it sets you up for what you think will be a fairly regular experience to a space station. You spend some time in some frustratingly boring tutorial rooms that are suddenly punctuated by a yawn inducing first reveal of the antagonists. In fact the early moments that are supposed to act as tension building are laughable. I know this because I literally laughed.

However after the tutorial section concludes and you get into the meat and potatoes of the gameplay you realise that all the early part was there to teach you that you shouldn’t trust anything you see or hear.

Immediately it leads you into a larger foyer on a space station revolving around the moon and tells you to go at it. It’s from here that you reach all the other parts of the ship, which are gated off in one way or another by keycards scattered everywhere. 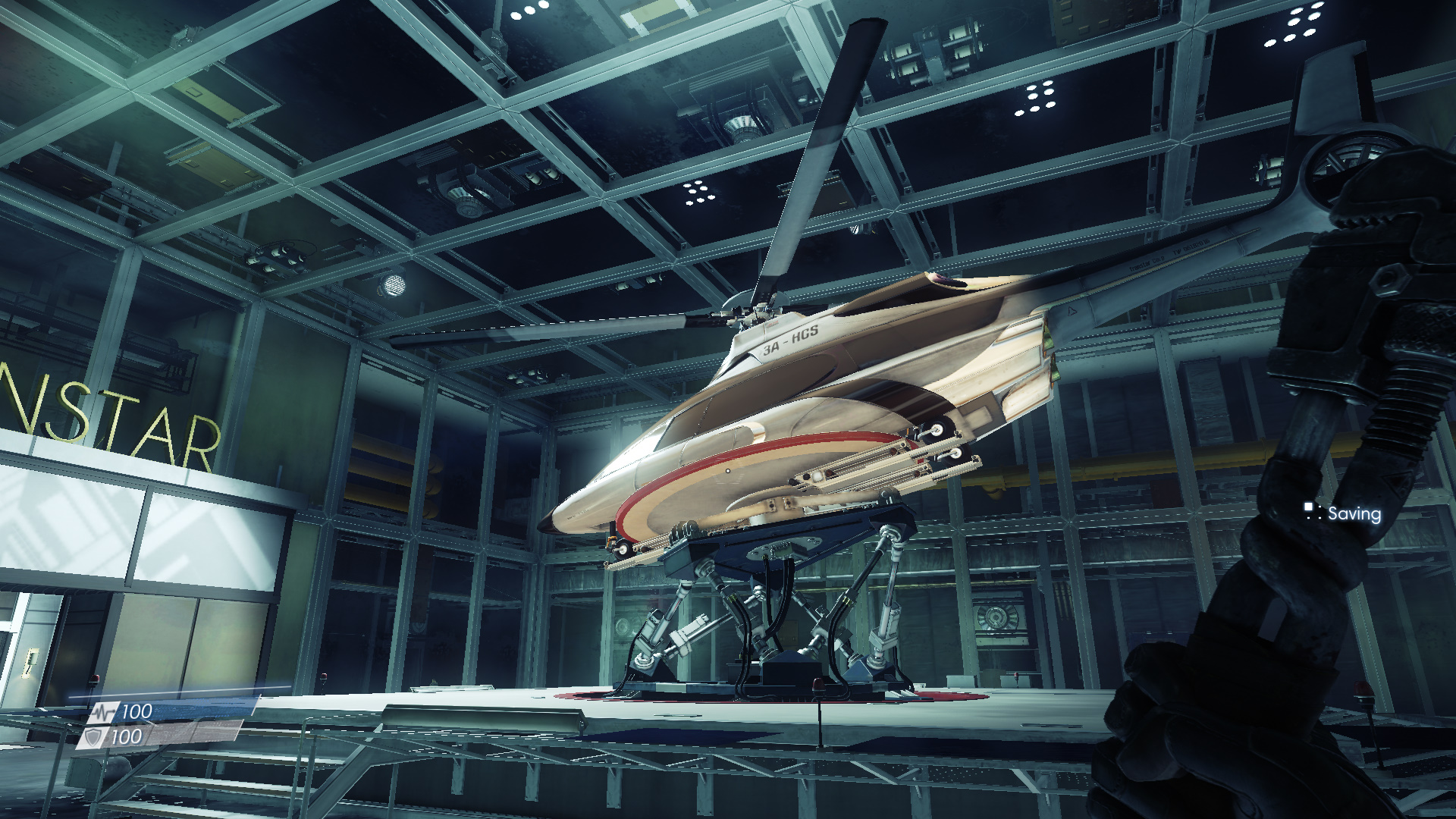 Voices chat to you via your headset as is mandatory in FPS games these days. Also there’s the intrigue of who to trust, a sort of “Would you kindly” dialogue. In fact I keep coming back to Bioshock when I think of Prey. There’s the environmental dangers, the twist on the art deco style, Neo Deco, and even vending machines (recycling plants) that crap out your much needed ammo.

While Bioshock is more of a straight run and gun experience Prey opts for a slower more thoughtful pacing. The first weapon you get after your trusty wrench isn’t even lethal. It’s a GLOO cannon used to slow your enemies, create staircases, and subdue environmental hazards. 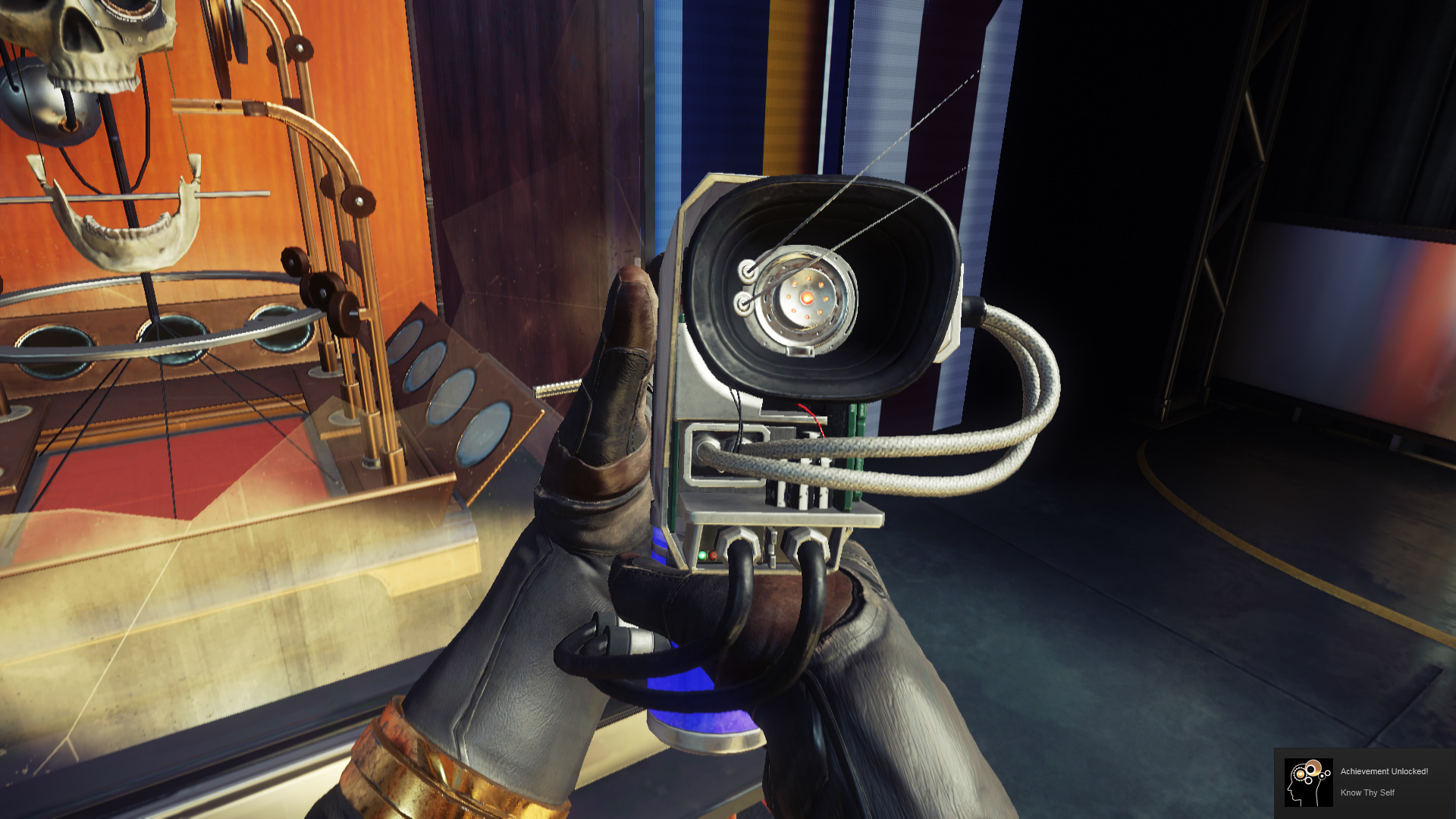 The RPG element of the game means your character will be sticking a syringe into their eye and filling it full of  neuromods every ten minutes. It appears to give you plenty of options on how to tackle the level, depending on how you’ve spent your points. There are hallways blocked off by heavy objects, or doors that need hacking, all of which beckon you to spend your points on engineering rather than health and damage buffs.

A surprising highlight for me is the soundtrack with it’s chill synth wave beats. Unfortunately the sound can get garbled together, as someone speaks to you loud noises can encroach over the top, with insane “fight music” and a desaturation filter drowning everything out as a single mob scampers across the floor. The sound mastering could have done with a little more work and the desperate need to put people on edge by any means necessary was well unnecessary. The lack of resources do this sufficiently enough. A couple skirmishes can leave you entirely without ammo and nothing but your wrench to protect you.

I think Bethesda has done a great job of creating a unique game, despite the parallels I’ve drawn with it being like Bioshock. Definitely check it out. 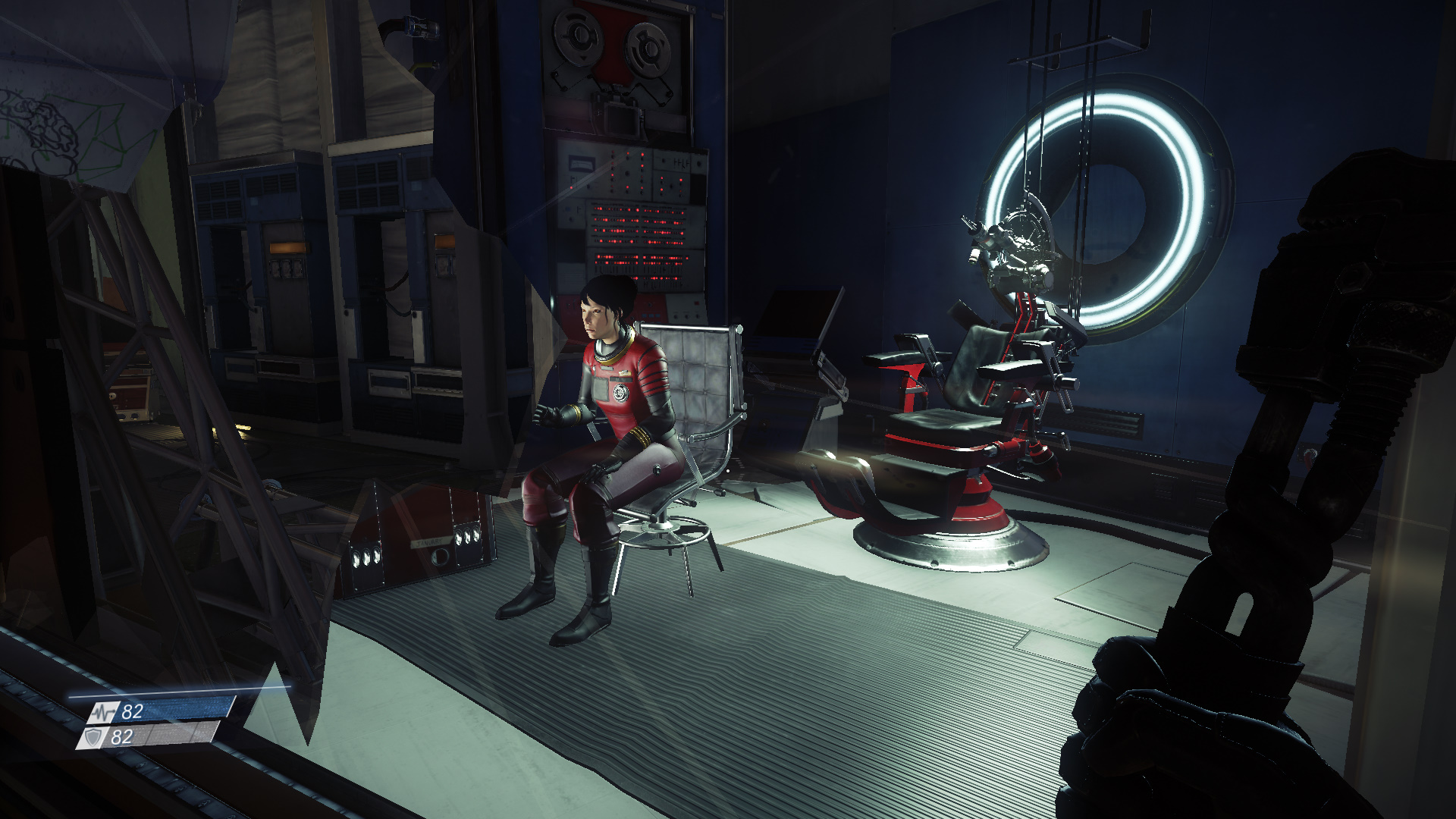 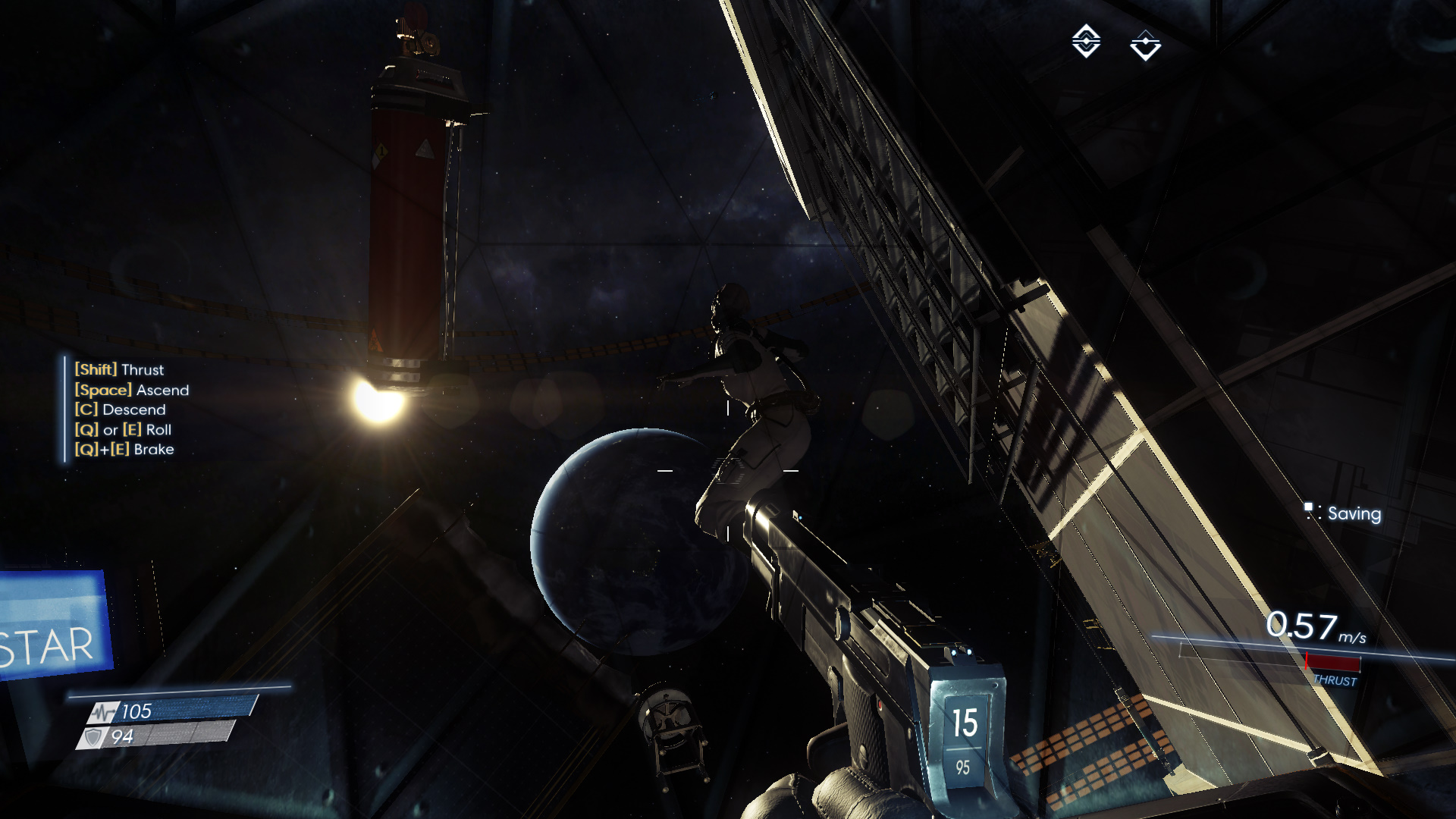