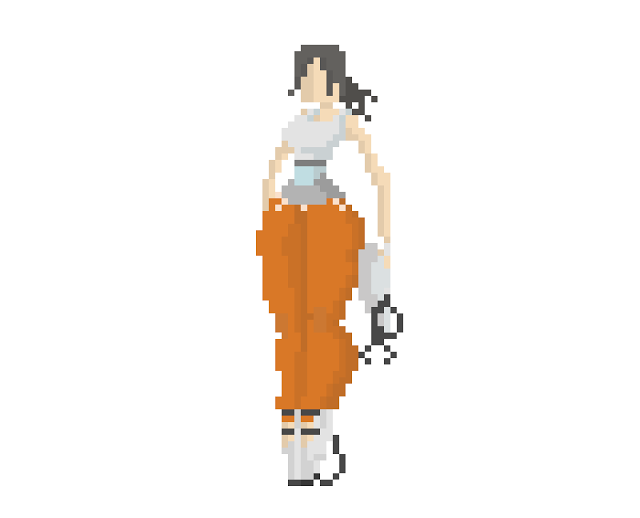 Chell was one of those surprise female leads. It didn’t make a big deal out of it, it just let you naturally assume you were playing a dude until you managed to get a look at yourself in one of the portals. Portal was a very natural feeling game in the way it introduced everything. That’s saying a lot considering the circumstances and game mechanics. Tightly focused simple concepts always appeal to people. It gives you the ability to capture an idea and really dig into it and create an experience. If you don’t get what I mean think of movies like Gravity, Cube, Raid: Redemption, and Buried. They’re really shitty to make your friends go and watch them because the explanation you give about them always sounds so lame. You can sum it up in one sentence. “It’s about a dude who’s buried who has to figure out how to get out.” “It’s about people stuck in identical cubes and have to get out” “It’s about some cops who got in and then realized they actually needed to get out.” “It’s about Sandra Bullock in space and she’s just floating around.”
It’s the level of immersion you’re sold on, but just can’t explain. That’s what Chell represents in gaming for me.
Thinking about it, I wonder if they made the protagonist of Portal a chick because of her predecessor, Princess “No-knees” from Narbacular drop.