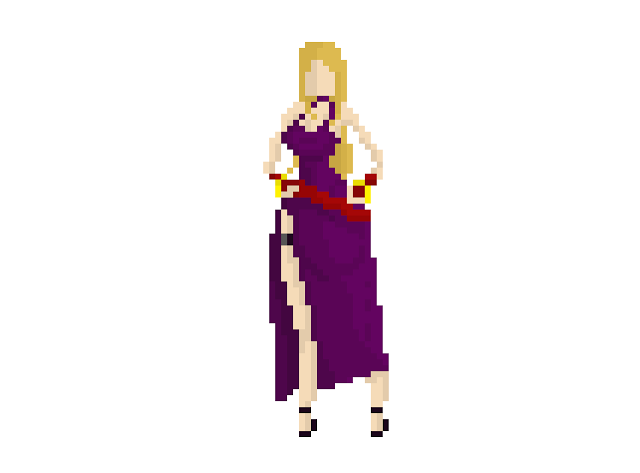 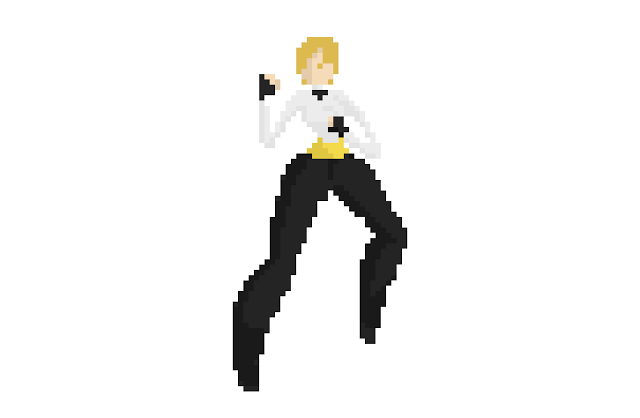 Bonne Jenet is the purple one on top and King is the waiter thing at the bottom. Damn it. I just realised I haven’t done the skull on Bonnes dress. I’ll have to do it tomorrow.
King originated on Art of Fighting as the only female character. Not only that but she actively hides her ladiness as the original art of her goes to show. Art of Fighting was made for the Neo Geo a console released in 1990 by SNK, the team that also created King of Fighters. The console discontinued in ’97.
Crazily enough this was the console that Metal Slug debuted on. If you don’t play it and love it, you’d at least recognize it if you’ve ever been to an arcade at the movies. Apparently the poor Neo Geo couldn’t keep up with all the other consoles that were starting to pump out 3D games and so instead started concentrating on creating really nice looking pixely goodness. I’m starting to like SNK the more I learn about them.