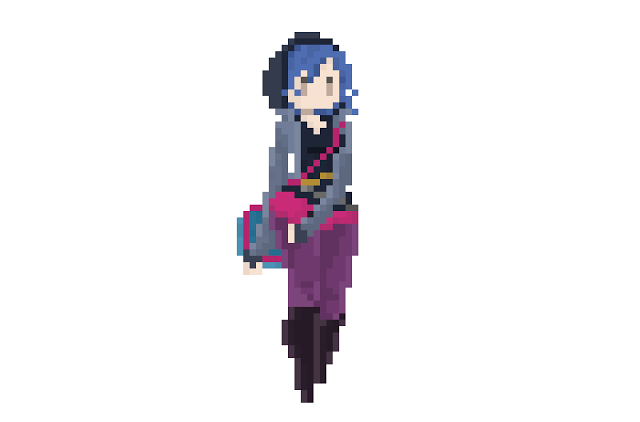 A brief hiatus from the game girls. I’m not including her in the list, but she probably should be, since she’s part of a comic which illustrates games and their players so well. She originally held her giant hammer. But I just couldn’t make it look good. So I made it look gone instead.