Huh, I’m somewhat surprised. I thought I did a review of Battlefield 3 single player. Oh well. Here goes.
Single player, a big Meh Fest, nothing new and pretty short. Don’t buy Battlefield for single player (Something I knew going into it). Although the lighting stylisation was awesome, even if it was shining in your face the whole time.
To be honest the single player does a disservice to the multiplayer. It’s like covering the outside of a building with shit when the inside is an amazing joy land. It may be joyland, but only the most adventurous will look past the exterior.
I decided not to talk about the game here until I’d successfully played as many hours as I had payed as many dollars. 60 bucks is a sweet deal for premium, especially considering that BF4 is going for 160 at the moment.
You can check out my account if you really care about that stuff. I reached my goal of Rank 41 in 59 and a half hours. I spent the last half hour site seeing and taking screenshots. Feel free to compare these with my BF4 screenshots I took of the Beta the other day. 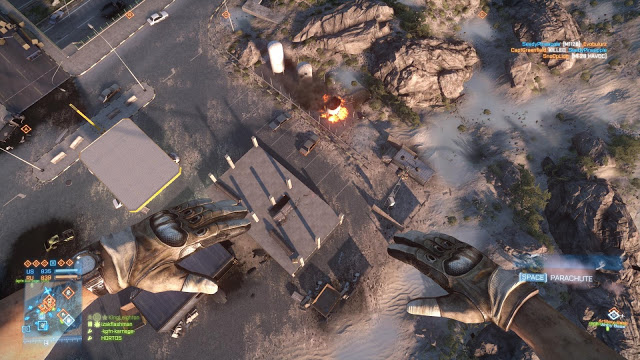 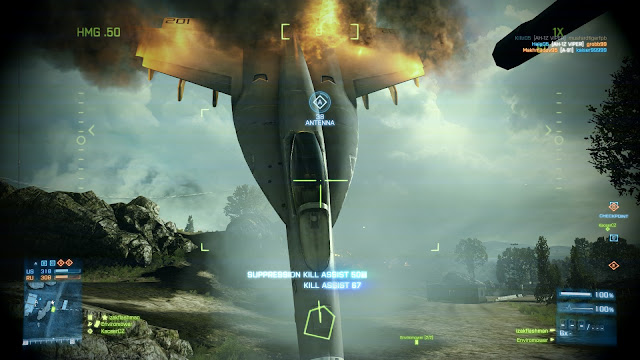 It’s moments like these that crack me up. This is possibly the only game that has made me laugh and swear out loud. Seriously it’s a hilarious game to watch people mess up in spectacular ways. 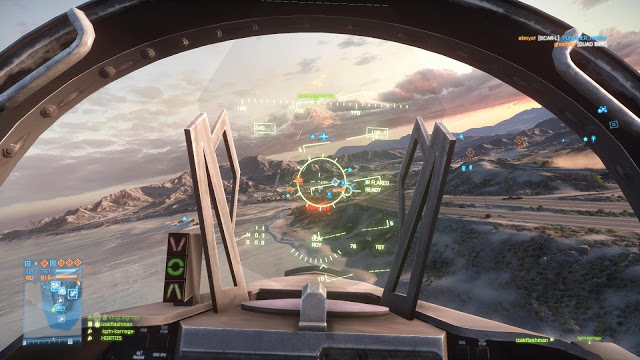 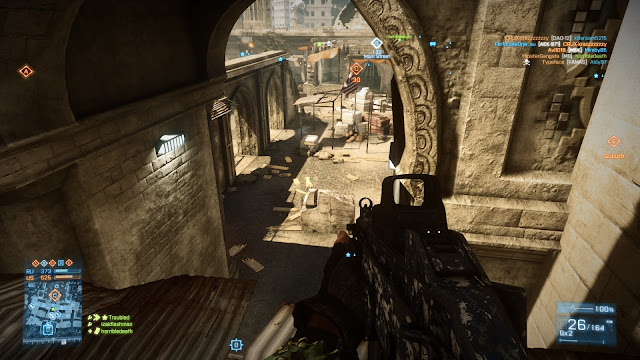 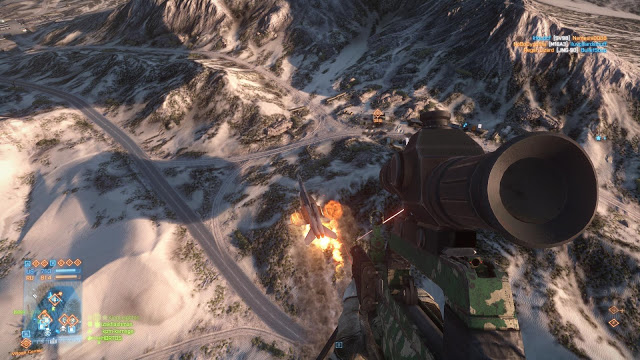 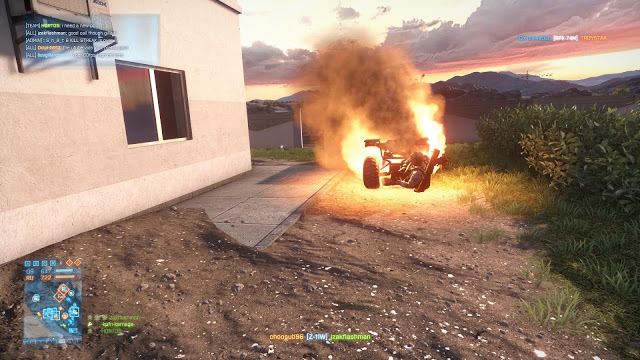 Me just wrapped up in the wheels of my good friend Burny Wreckage. 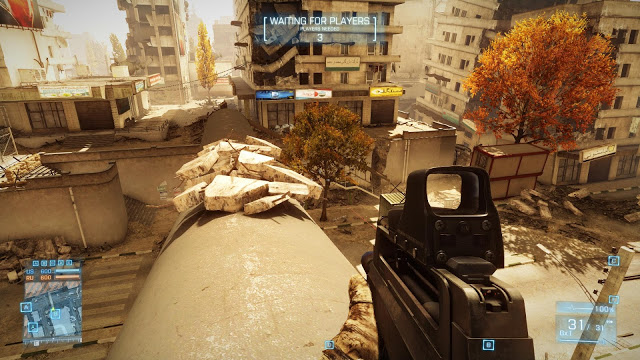 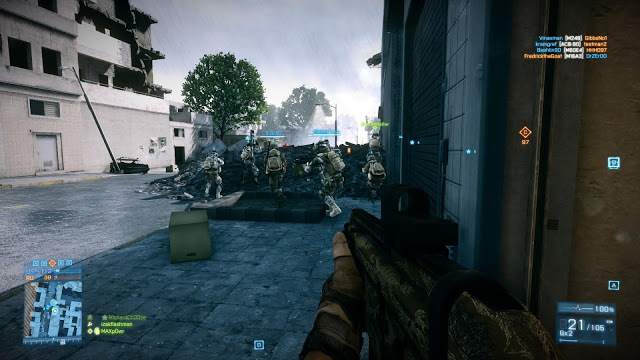 From the very first moment I started multiplayer I was blown away by how cinematic it felt. It had better moments than in the hand crafted campaign. One of my first games was in Rush mode. One team is tasked with taking out an objective while the other half has to defend it at all costs. We were all trooping over hills in a lined convoy, running along as helicopters flew over head and bullets whizzed up the ridge. It was beautiful. I was a medic so I was mostly making sure any guys that went down I’d quickly bring back. It was that first game that really got its hooks into me. 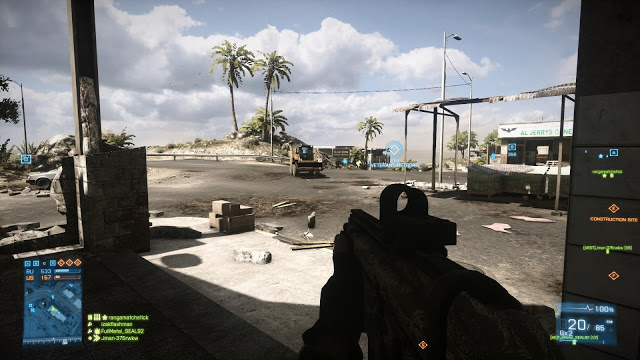 I saw some guy mucking around in a tiny bulldozer in the battlefield. He was truly a glorious individual. 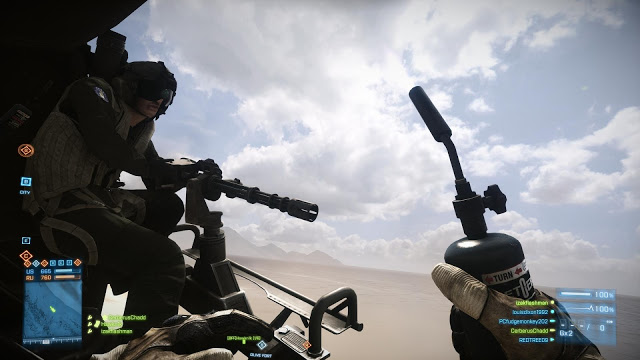 The great thing about this game is that if you get bored of running and gunning you can take on a new occupation. I went through a stage of being what I like to think of as a flight engineer. Often it led to my death if I didn’t notice that the pilot had hopped out and I was in fact repairing an abandoned helicopter which was quickly plummeting into the cold unforgiving ground. Already in BF4 I’ve found that being a truck driver is a completely legitimate use of my time. 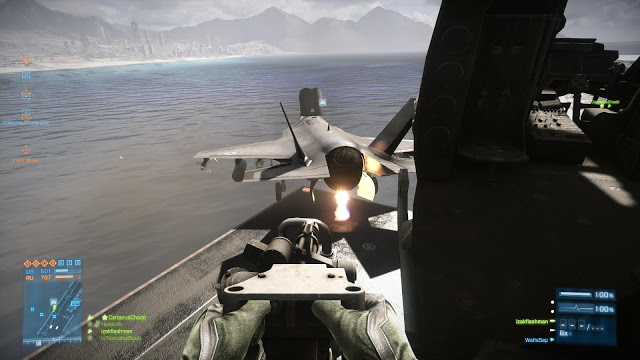 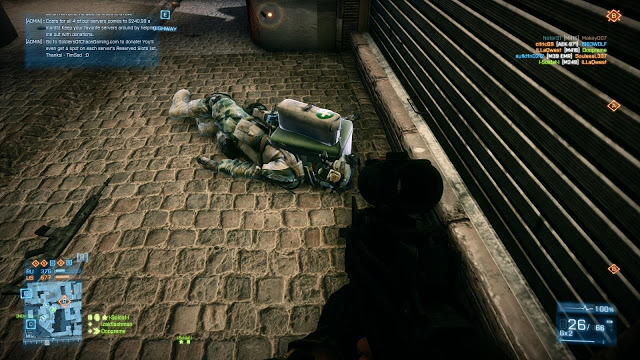 So it turns out of you throw a med pack on to the face of a fallen comrade it won’t do him a lot of good. 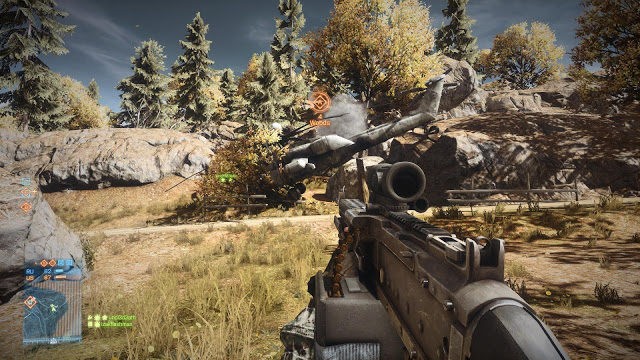 Fly you majestic creature! The other day some guy was trying to kill me with a helicopter, but I was far to sneaky for his aerial ways, so he came down to land to try and take me out on foot. Instead he landed on a landmine which promptly blew the helicopter to pieces. Stick to what you know helicopter, the ground is no place for you. 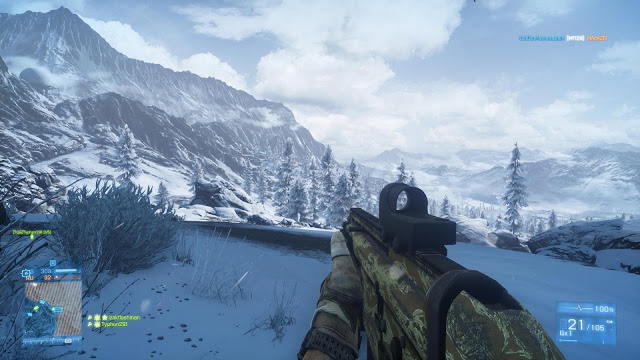 When we aren’t running around durka durka land we fight in Skyrim as well. 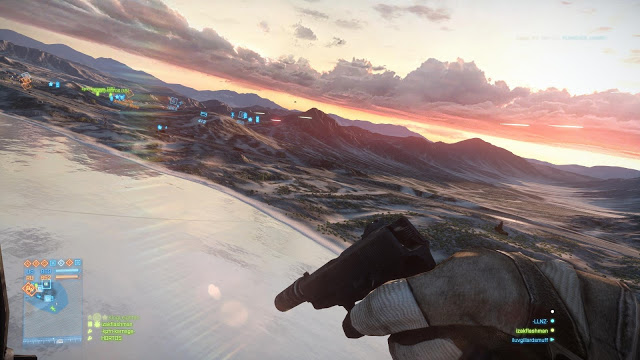 This was an amazing game that fulfilled everything you want in a multiplayer shooter and more. I recommend it or its sequels.