G+ Image Dump
Find-A-Pub 2
Uncategorised September 11, 2013
Share
I haven’t had a lot of free time to post recently due to work and wanting to spend my last 2 waking hours of free time after work flying a helicopter or something in Battlefield 3. Am I apologising to you? No.
Me ‘n Matt went to Melbourne a week or two ago, which is a video and a post or two for another time. But one thing we noticed over there was how rad their pubs are. Determined to appreciate Auckland in the same way we have started exploring around for some nice cosy place. 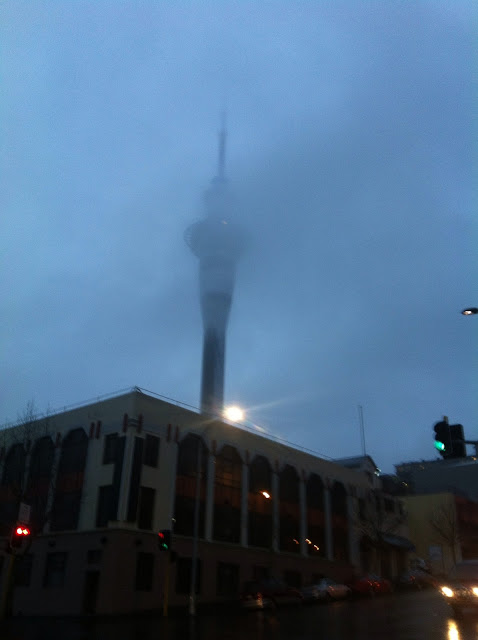 It’s not hard to find something cosy in this weather. Pretty much anything that’s dry and mildly warm will do, like the inside of a Kangaroos pouch, or a fat persons armpit, two things we spent a lot of time in in Melbourne. 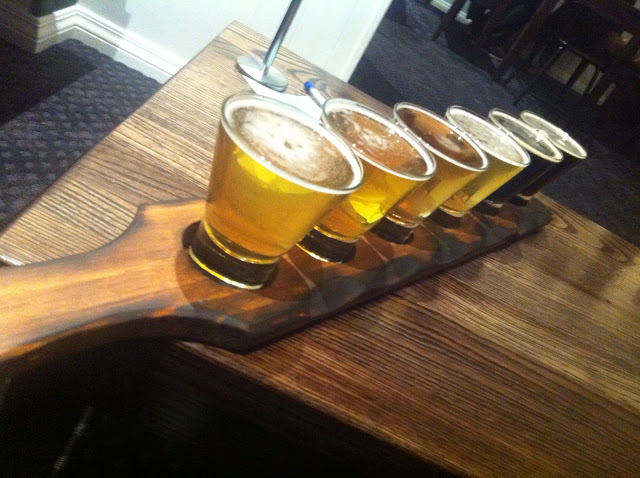 First place we headed off to was the Sprig & Fern. They had a mint collection of craft beers and they accomodated our indecision by giving us a sampler tray thing, which resembles the wooded spoon I got a hiding with when I was a kid. Except the usual nails and screws that would pop out of it have been replaced with holes for little mini cups of beer.
I dug the Pilsner the most I think. I don’t think I’m a dark ale guy. Although with that said I have had a nice one. Wish I knew its name though. Then I could avoid all the others.
The vibe of the place was nice enough, Becky liked it. They had a guy on guitar who was a bit loud for my liking, but no one else seemed to mind. 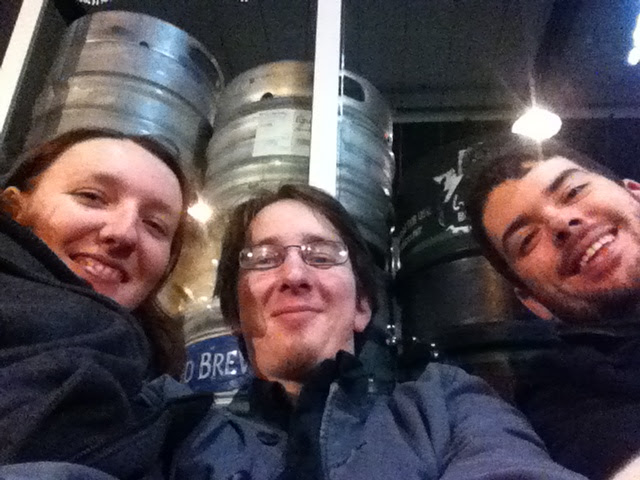 Becky, I & Matt at the next place up the road, Brothers Beer Ltd. Mutant Pale Ale all around. Was yum. They have a lot of sofas and stuff which appeals to my chillaxed nature quite a bit. It is a little cramped though, and has a decent pile of people hanging out there. 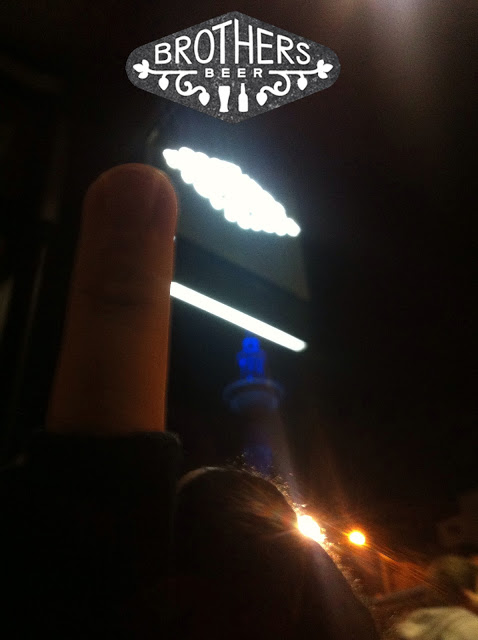 A mint photo of the signage to prove we’ve been there.
Turns out Matt preloaded so we had Burger Fuel and called it a night. I tried forcing him into a bush by shoving him a lot and going “Get into the bush! Get into the bush!” in a vaguely provocative manner. He paniced and pulled out a plant and wacked me over the face with it, knocking my glasses off. Becky, acting as the observer, told us afterwards there were a bunch of Indian guys across the road looking real worried and about to cross the road to sort us out. We coulda taken ’em I reckon. 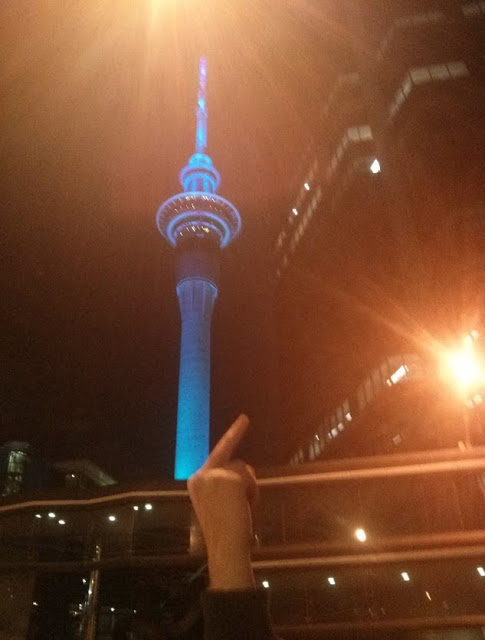