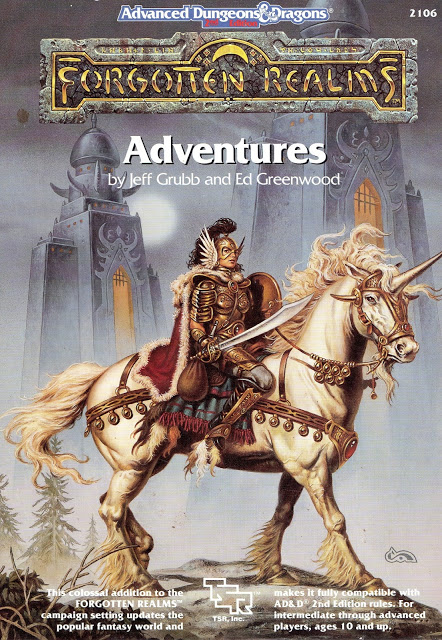 This is a follow up article to the 2e DMG art I pushed out the other day. Note that I don’t own these images and are copywroted by a company which no longer exists. Note the past tense to copyright. This book mostly featured black and white full page images, but I opted not to put ’em in unless there is a huge public outcry for their release. In which case I’ll hide them on wikileaks for no one to find.
This first image captures an intriguing moment where a unicorn and it’s rider couldn’t be more full of themselves.

This is just a small excerpt from the pantheon of gods. They really need to ease up on how many of those bastards they make. Milil is the fat goddess of badgering. Deneir is the great god of Goatees. Lathander is the Cocktail goddess of Peacockaroo. Sune just kind of mucks around. Torm is the god of Clubbing People In The Face. Chauntea isn’t a god, but he’s really good at faking it because no one ever questions a guy with pedophile eyes and a huge ass forehead. He grasps his shaft with two hands. Ready to pound someone with it. 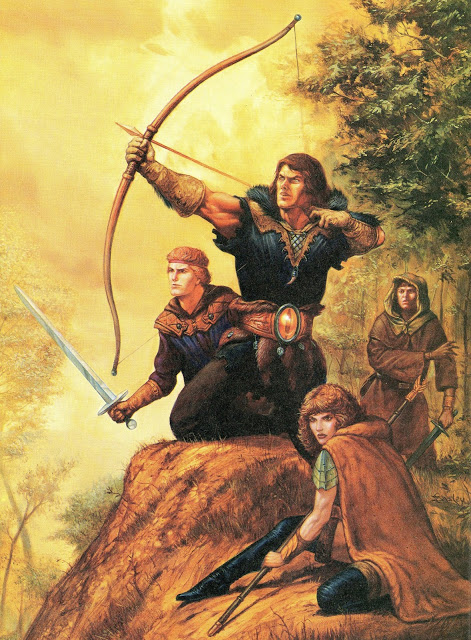 An archer in the middle of shooting an arrow at a stupid bird that’s unaware of it’s impending fate. The other party members do their best to look in different directions and not encourage such outlandish behaviour.

A mage acts on some bad misinformation and shoots at exactly where the bone dragons heart isn’t. Wizard to the right Lols at his hilarious practical joke which is about to get his friend dismembered. A three way split of the loot is better than a four way split. 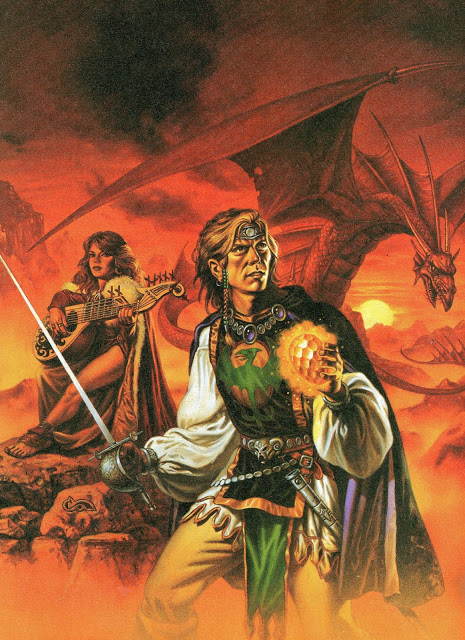 Woman who suffers from being vastly out of proportion attempts to cover up her abnormalities by being awesome on the lute thing. Rapier Man passes the time by playing stuck in the mud with a dragon. 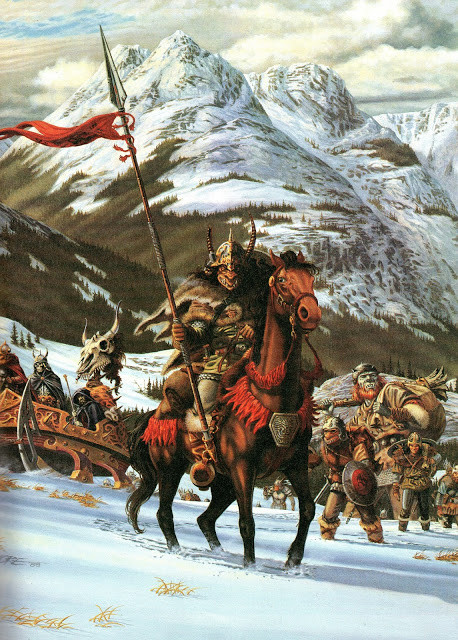 I’m sorry but this picture is actually really cool.