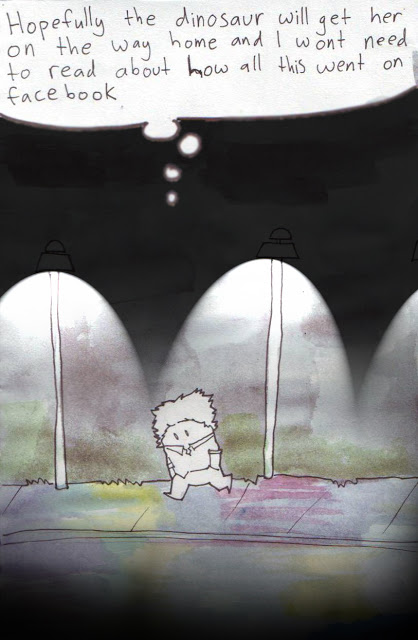 Don’t worry. He won’t have to. She’s good with her privacy settings.

I installed Crysis:Warhead last night and finished it about an hour ago. I’m not sure what to say. It had better music straight off the bat. It got into the action heaps faster. There is even less regular fighting, but at least it’s spread evenly through the aliens. So I actually had something to look forward to. I bet up a guy who I was sure got toasted during the first one. But apparently not, he seemed pretty healthy and willing to screw things up every time it might look I might (God forbid) have an upper hand.
Adam my nephew decided to go co-pilot beside me. Asking a million questions and closing his eyes whenever I came across piles of dead bodies. He decided at the end he would probably be better (and enjoy) RTS’s more, which brought a slightly fuzzy feeling over me. 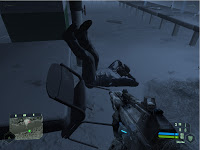 Once again he brought up questions that made me realize there are heaps of things in games I just take for granted, he also made me slightly racist. “Who are the bad guys?” “North Koreans.” “How do they know your the good guy?” “I look different.” “How do you know who to shoot?” “They shoot me, and they look different.” “How do they look different?” “…” “Why do they speak english?” “Because I want to know what they’re saying, I can change the language.” “THEY SHOULD BE ABLE TO SPEAK THEIR MOTHER TOUNGUE AND DIE WITH HONOUR YOU COLONIALIST SCUM.”

0 Thoughts on Dinosaur Will Get Her