Toast to a Toddler
Paul the Meta-Movie
Uncategorised April 17, 2011
Share 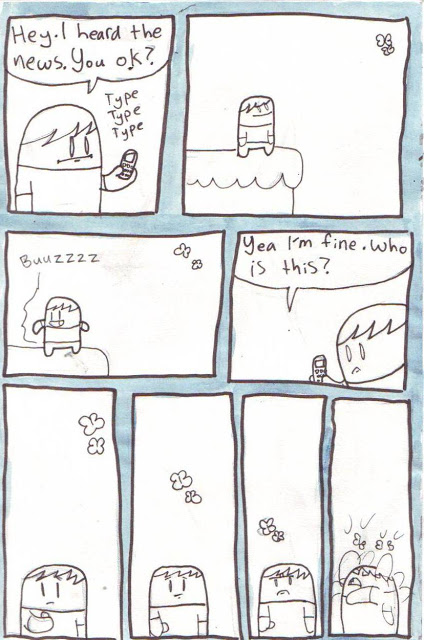 Probably one of the worst texts you could receive. Admittedly I have sent it more than I have recieved it. Sometimes its to people I talk to on a fairly regular basis, and I have no idea why their number disappeared. Perhaps they went and got a new sim and switched the numbers, then I went and decided to disregard the mass text of “Heeeey, I’m changing my number so type in this new one.”
There’s only one person I ever went out of my way for to not add the number of. Not because I had any particular vendetta against them. I just thought they didn’t deserve a place on my phone. Unfortunatly they would text me fairly often and I would send the “Who the fudge is this and why do you persist in keeping up the pretense that you know me?” text. Then they would reply with “Oh silly billy! Haven’t you added me yet? It’s blah blah blah!” then I respond with “OH! You. Ok, yeah, Ill get onto it right this minute.” and then I don’t. Now your probably thinking I’m a bit of a jerk at this point in time, and I would have to say… Your probably right.

I’m listening to the Tron soundtrack again at the moment, and it’s just triggered my memory back to Scott Pilgrim. Since the dvd has come out I’ve heard of a number of people praising it. And this is friggin rad in my opinion. Although I’m really gutted for everyone who was either talked out of seeing it at the movies, or had no one to go with. Harry got the box set of the comics a wee while ago. He was gentleman enough to send me a photo of his room with the special edition poster stuck to it, just so I would feel jealous. Bastard. BUT, he gave me the box for my collection, with all the sweet 8bit art on it. So yeah, thats what I have to say about that.

1 Thought on Who is This?