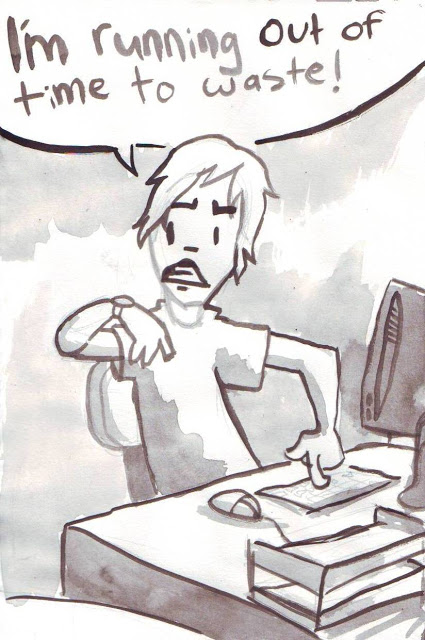 Well today was the last day of uni for two weeks. To be honest it’s more like two weeks not going into uni. They blessed us with new briefs before cheerfully sending us on our way. The bastards. Now whenever we do something we can idly think in the back of our minds “If I was really smart I would get onto uni work to ease up the workload later… NAAAH.”
So far I have gotten my fifth gym badge, watched the latest Penny Arcade, started playing minecraft before stopping because I had no idea what I wanted to build, and watched some Australian war movie which wasn’t half bad.

I’m gonna skip Johnny. I think we all know something about that old dead guy. Although I guess he’s appropriate to have at the top spot, since he’s regarded as the godfather of punk.

Less Than Jake is one of the bigger Ska Punk bands out there. They’ve been pumping out albums fairly regularly. If you were to have bumped into any of their songs in the past it was probably The Science of Selling Yourself Short. They drop the trumpets quite a bit, so if those wind you up the wrong way it’s fine, they don’t use ’em all the time. But chances are if they do, you probably don’t listen to this sort of music anyway. Lyric wise, these guys kind of feel like they have a lot of regrets. Quite often it seems their apologizing for the scene, or how their real screw ups. I kinda dig it. It makes a change from most punk related stuff that believes the problem lies in corporate America or something.
Common Rider, started up in 1999, broke up in 2003. Although the song that’s gotten top spot today was released on a compilation in 2004. Posthumously I guess. Anyway, I rocked this song a lot years ago, when my brother lent me the Hopelessly Devoted To You – Volume 5 compilation CD. It’s only a minute and a half so you could play it quite a lot. Anyway yeah, more punky ska stuff. No brass at all with these guys.I recommend Firewall, Small Pebble, and One Ton. These songs have been keeping me jumping at all the bus stops over the past few days.