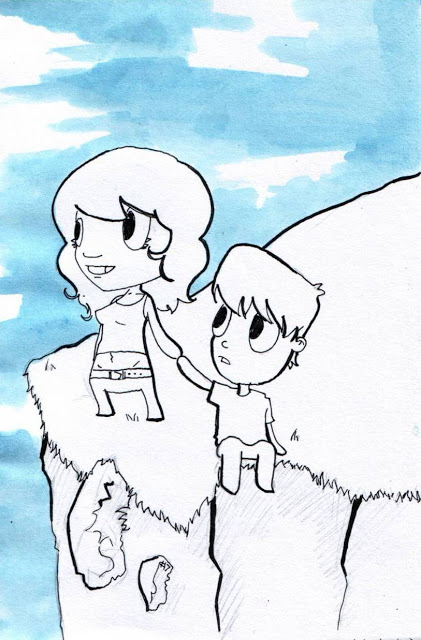 Originally it was going to be saying something about having “all the time in the world to get to knowing each other, but for now just getting to know the beautiful view.” and the guy being all impatient and sad about wanting to get to knowing her as soon as possible. Something cute anyway. And yes, I do have a “thing” for cliffs.
I watched Scott Pilgrim again today. It’s still awesome. Easily the best movie of twenty ten. Hmm, I wasn’t going to do it. But here’s my tops for last year.
Best Band: Beirut. These guys came out of nowhere for me. Scenic World has been thrashed in our jamming sessions far to much.
Best Movie: Scott Pilgrim Vs. The World. I’ve raved about this movie a lot. I feel as though the comic and movie was made just for me and people like me. The way I would feel about Waynes World if I grew up as a teenager in the early 90s.
Best Game: I’m not sure if I should mention Minecraft. As it is far from being a finished game, but its about the only game I remember playing last year apart from Tetris and S.T.A.L.K.E.R.
Best Day: 8th October
Best Slave: Your mum.

2 Thoughts on Something on a cliff