Well it’s that time of year. Where busy street corners get infested with ugly ass billboards with promises of  improving transport, lower taxes and totally not lying or any of that stuff the OTHER politicians do. They don’t want to improve transport, if you were going to fast you wouldn’t have time to look at their billboards! They’l have to think of a creative way to getting their message across and that just takes time and effort! And shit, they don’t have either of those to spend on the little people.
Ha, I sound like an anarchist or someone who isn’t into politics. I’m very much into it, and have been for many a year now. Even with that on my side it still didn’t really help with deciding who to vote for. I was having this arguement with my friends about it being our duty to vote and stuff, but I have to agree with their reasoning, I don’t even know who any of these people ARE I’m meant to be voting for. Most of them stay pretty low profile until elections, and then all the info you have readily available to you when it comes to the crunch is the bio they wrote up about themselves. It’s sorta like hiring someone by looking at the “About Me” part of their profile. “My gender is other, My relationship status is complicated, I like books by Clive Barker, and my pet peave is people who breath on the back of my neck when I’m waiting in line at a store… and shallow people. I hate shallow people. And I hate hate. Hate is bad. Which I also hate, bad is not cool. Unless it’s said with the right tone.. or has ‘ass’ on the end. Bad ass is cool. but bad bad isn’t.” 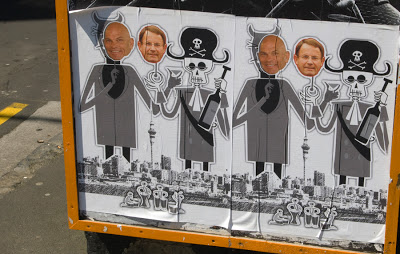 Oh p.s. I have now posted more than I have in any other year. Own personal milestone there.