Misc Pics
The Birth, Part 2
Uncategorised May 21, 2010
Share
Well, this is a real heart bleed story you’re about to hear… Right after I mention this amazing coincidence! NZ Herald as usual had nothing better to write about than one of the columnists deleting their facebook. Here follows a few quotes from one Deborah Hill Cone
“I committed facebook suicide this week, Goodbye to my 600 “friends” Goodbye to poking and status updates and “liking” things and virtual birthday cakes. Goodbye to finding out who had lamb chops for dinner or mint pesto, who was watching The Wire or nursing a hangover. Yes, I know, how could I bear to give up this riveting commentary?”
“I think it has become too powerful and its arrogance is scary. I don’t like the way Facebook owns the photos I put on it. I don’t feel it is a force for good. I am bemused at how I ended up there, frankly, since I am not generally a group-joiner. But the decision to split was a naked cost-benefit analysis. What Facebook took in time and energy was not offset in rewards.”
Woops, I just broke one of my personal rules about keeping all my content as original as possible.
Ok, Anicdote time. Middle of last year I went on an interesting date. Which on reflection I royally screwed up. I realized that I had missed any possible buses back home and I ended up crashing at her house on the sofa till the next morning. Anyway. A few days later I stumbled over a conversation she was having with one of her friends via facelookatthat. The problem was that I was only getting half the conversation, the other persons and not hers. “So what did you get up to on friday? Did you go to the blah blah blah?”… “Oh true? How did it go?”… How did it go? Thats exactly what I wanted to know! But Gosh dang it. Her friend had set her profile to private. What could I do? Befriend her? No that would be creepy cause it would show ____ as our ONLY mutual friend, that makes it obvious. I know! Ill get one of my friends to do it! That could work! Befriend her, and spy the shit outta her wall… Well in the end shame and the invisible moral line stopped me from going through with anything (Plus some friendly words from friends telling me to man up.) 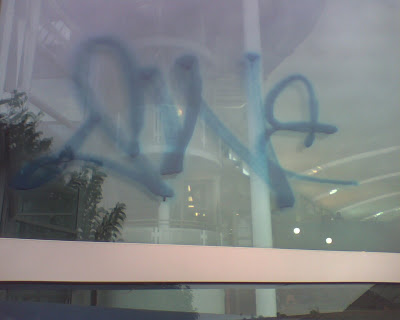 0 Thoughts on Attempting to Stalk