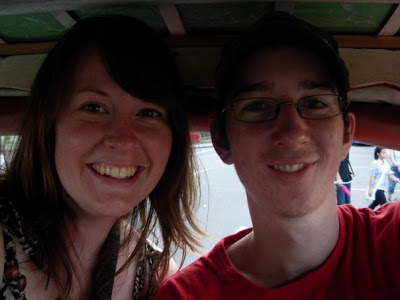 Hey everyone. I realized I feel really disattached from everything back home right now. Sitting in my room, bored as anything, waiting for something to happen with my life as I tamper with cartoons and doodles on my computer. Thus the title of this entry is justified. The past couple of days we have been staying at Emmaus. Its been intense. We have been working by carrying around piles of gravel and sand for building projects. Not even rain could stop us. Although our enthusiasm was curbed by weariness and a lack of strength to go on. But go on we did. You can’t waste three days of hard work. We won’t see the building project of the new dorm/kitchen for the camp finished. But hopefully the next team that comes through will be able to pick up where we left off.
I had a game of chess with Koya Rudy. He is hugely smart at the game and he bet me in a few moves. We both only took two pieces each off each other in that game, which is what impressed me the most. The next game he was teaching me how to be smart at playing chess. And we wittled each other down slowly, till I only had 3 pieces and he two, not including the two kings. It was an intense game to watch Phil said. It was an intense game to play as well. 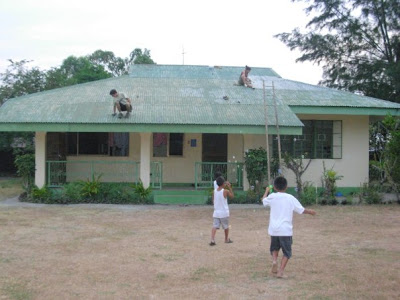 We’re in an orphanage now. A lot of jobs have been lined up for us. Me and Phil are put in charge of doing a mural on a wall. Its gonna be intense. with my drawing sketching skills, and his mystical power over paint. We make a complimentary team I think. If the project fails I’ll delete this part out of this entry. Ha ha. Oh yea, funny story, there was a huge mix up yesterday and we turned up at the orphanage a day early. We were all pretty oops about it when we found out (Especially Aimee) but its all good. Its given us time to check stuff out. Tomorrow were gonna do “proper” missionary stuff and go visit the hill tribey native sorts. Were going with a british guy who’s a doctor here (Livingston), and Glenis is gonna act as backup (Theresa), while the rest of the team acts as sheepish heavies.
I’m gonna go give the kids more tom thumbs (with extremely short fuses) now, catch ya all later. Have fun and don’t let the consumerism bite!

P.s. The dwendy hunt isn’t going well. No crazy roman catholic witch doctors anywhere to ask on how to catch one. Chris is now settling for buying an old catholic relic, or at least some kinda religious merch. I suggested a bobble head mary, but he said thats not good enough. 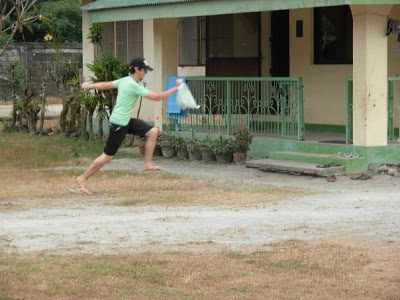 2 Thoughts on Phili’s so far so far