Wow, It was sorta weird seeing everyone at church and Keir ‘N Matt at the mall on sunday. I feel like its been ages already, but its only been a week. I’m certain now that Ill have changed a lot by the end of this year. Izak The Mature is what I will be known as in all the great epics and tales that the bards will sing. They will speak of my great diction and straight faces. The way in which I could speak seriously on the merits of the colours avocado and contemporary Avocado.. 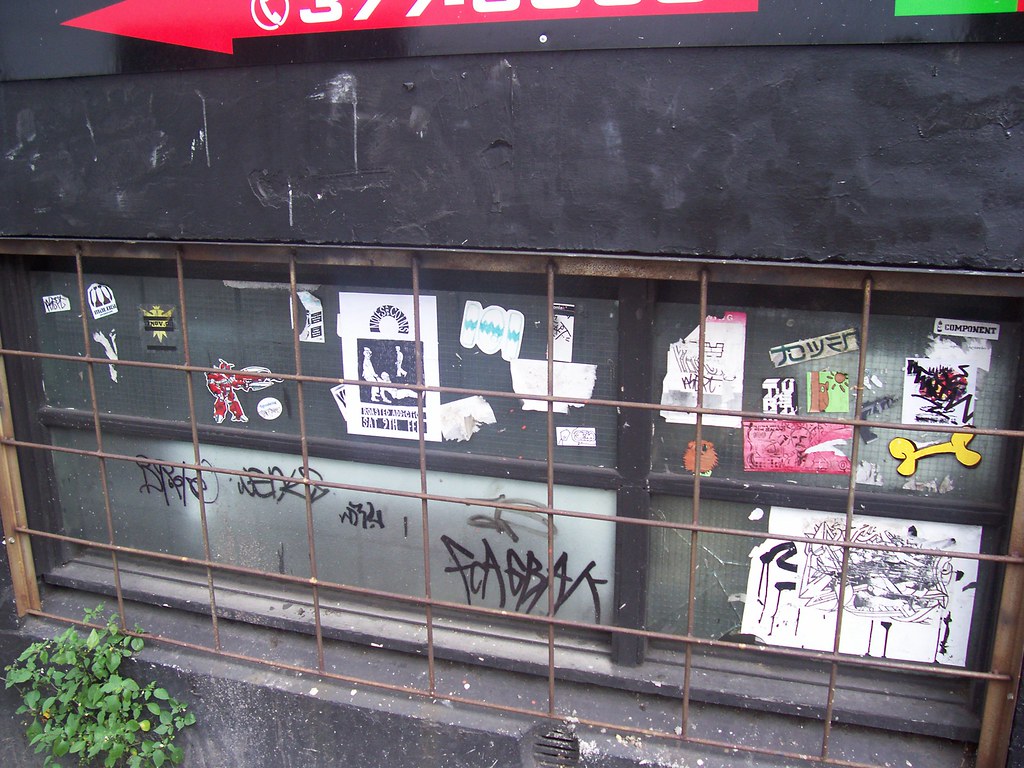 Ok, The team is starting to get a little tired now. We got waken up shortly after breakfast finished, thanks for that -_-. We are now camping out at karanga about 5 or 10 minutes from Bethels Beach. Its not as nice as Mount Eden. The toilets ironically smell like old urine but thankfully mostly everything has dried out since yesterday so at least the camp doesn’t feel dispearingly like damp as it did when we first arrived. We start doing homework and stuff this week, so its starting to look like its gonna get a bit more intense. People are starting to get a little on edge, just a little, this is from the lack of sleep, and a cold seems to be stalking around. Also Franks starteling resemblance to House isn’t helping. But hey, people with limps have a right to be angry. =P Oh yea, his legs starting to go a little more purple, but the swellings stopped. Hes got nice kankles at the moment though. 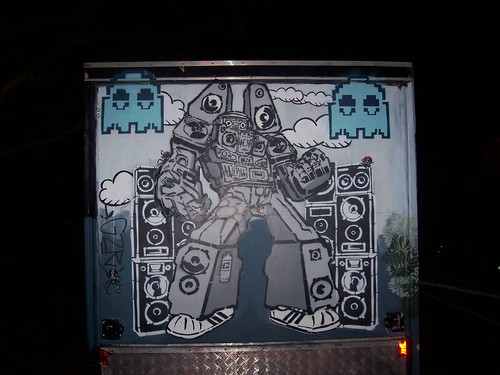 We did a photo hound around Auckland city on saturday night. It was an awesome test of my Auckland street Knowledge, considering I was the only one that actually knew my way around. It was hilarious. I was wearing a pair of Jo’s Panties on top of my pants. I was walking past the Auckland hospital to go and unlock the van to get some more toilet paper (Don’t ask, long story) and There were two samoen girls walking past, I scratched my but to lift my t-shirt a bit so they could see the monkeys on my panties. After I got down the road a bit I could hear them laughing their heads off. On my way back from the van, Proudly holding roll of toilet paper in hand I went past two more girls as I walked past them I heard “..Guy wearing Girls panties in PUBLIC..” and I responded with, “HELL YEA *Insane Face* Im a super hero, What can I say??” 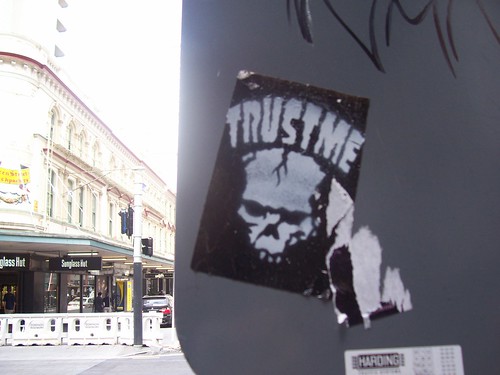 While we got lost down some random side streets in town (Wasn’t my fault I swear it….I.. PROMISE.) We found (Oh my gosh) A trailer fully decked out by Kool, trust me, component, peepshow, enforce one, and flox. I was like “STOOOOP” I jumped out and grabbed some awesome flixs. My batteries ran out before I could get a photo of the Trust me side =(. But its all good. Also on the way to Bethels I found a sticker by Kiwi Dance Town. If you guys wanna know more about the auckland art and music scene I suggest You head down to real groovy and pick up the magazine “Sideroom.com” Its awesome. Also while your at real groovy try and find the sticker combo by the Cut Collective team (They are all the people I have mentioned in this paragraph. So yea, eventful street art spoting this weekend.

0 Thoughts on Bethels and the cut collective