Becky here! This one was inspired by a comment left on our Facebook page by Edmond Manning who wrote:
“I admit, I love your apocalypse comics, though they terrify me at the same time. My favourite of yours, “I only wish we were remembered as more than terrors and tyrants,” is so hauntingly beautiful I made it my Facebook background photo so I would see it regularly as well as everyone else. Thank you for these painful reminders we’re not doing enough to save this planet. We need to be reminded of this (*I* need to be reminded of this) through beauty.”

This comment really stuck with me, and I started thinking about what will happen if we continue on this way. Getting off planet would be a priority for sure. As soon as we find a livable planet we’ll put our efforts into creating the first seed ships, but will we all be going?

Isaac:
I’m still cranking out a new style, although it may not translate much into the comic just yet. Either way I’m having a real blast. The direction I’m moving in at the moment is a lot more crisp with zero photobashing. Seeing the environments in Samurai Jack again was really inspiring, even if the pic below was done before I started rewatching it. 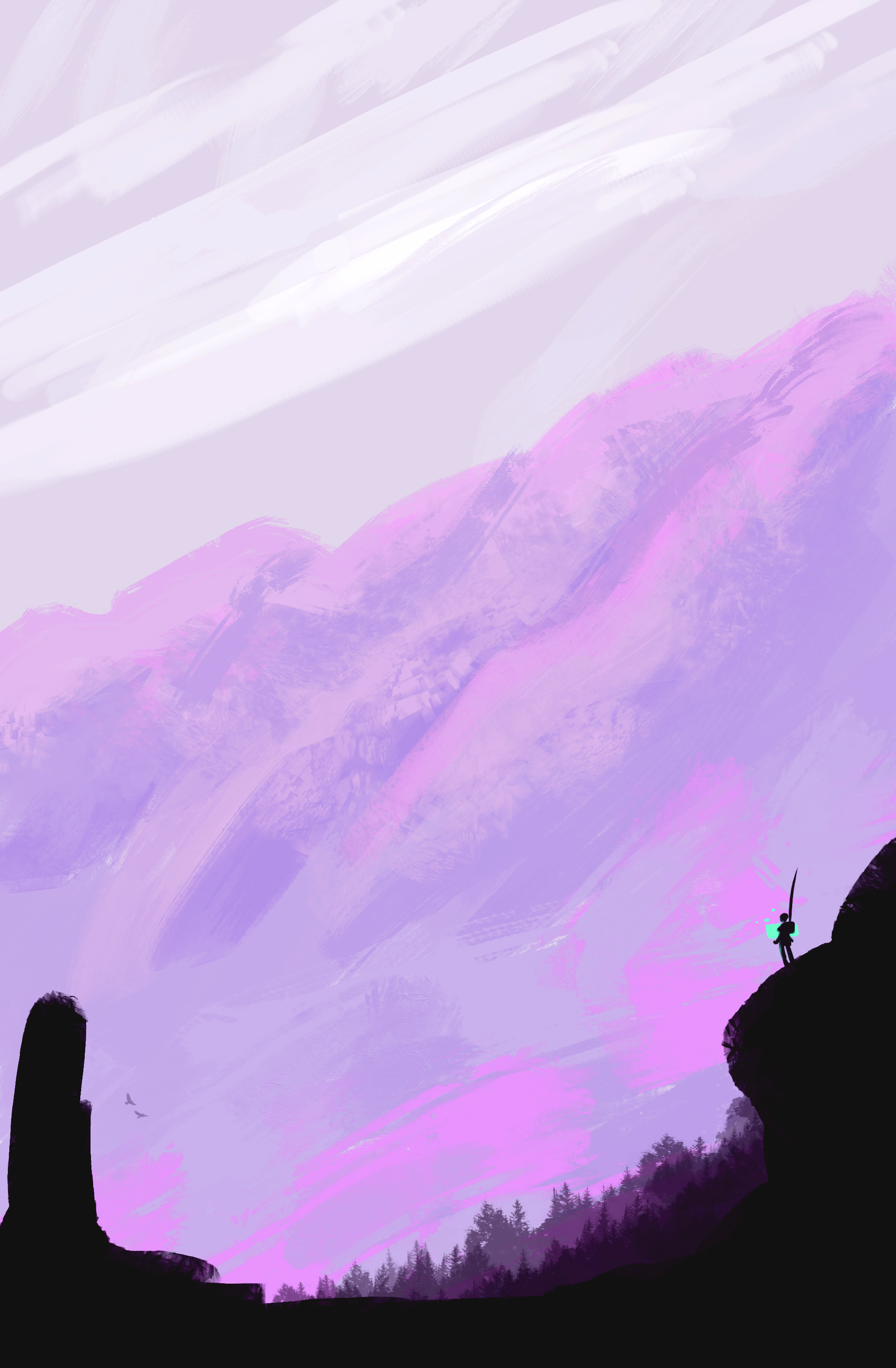 ↓ Transcript
A near-future rocket ship is blasting off from a dusty launch site. Other rockets are waiting their turn to depart. The launch site is surrounded by a high chain link fence topped with barbed wire. A massive mob presses against the fence.
Caption: To save our species, we had to abandon Earth.

Seed ships leaving the atmosphere. Around the outer atmosphere is a tonne of space junk.
Caption: Our journey would take generations, so we had plenty of time to think

The mob riots, pressing against a chain link fence. There is a small Indian child at the front, looking through the fence with big sad eyes. He doesn't seem to mind he's being smooshed a little into the fence. His little hands clinging to the wire.
Caption: about the billions we left behind.

0 Thoughts on What We Left Behind