A Very Level Headed Review of Half Life: Alyx
The Ghostrunner Demo is 15 minutes of Fucking Awesome
Gaming April 27, 2020
Share

Krunker has been around since mid 2018 when it went into beta, and it’s quickly become a solid little hit online. The way I’ve been describing it to friends is “A gateway drug to get kids from roblox into CS:GO”, and you’d be forgiven for passing over it’s Minecraft style aesthetics as just some throwaway gimmick game, but well into it’s second season now it’s a fun diversion.

At it’s core it’s a fast paced twitch shooter with liberal doses of technical movement like slide jumping, bunny hopping, and shotgun jumps (for throwing you really high when you shoot at the ground.) 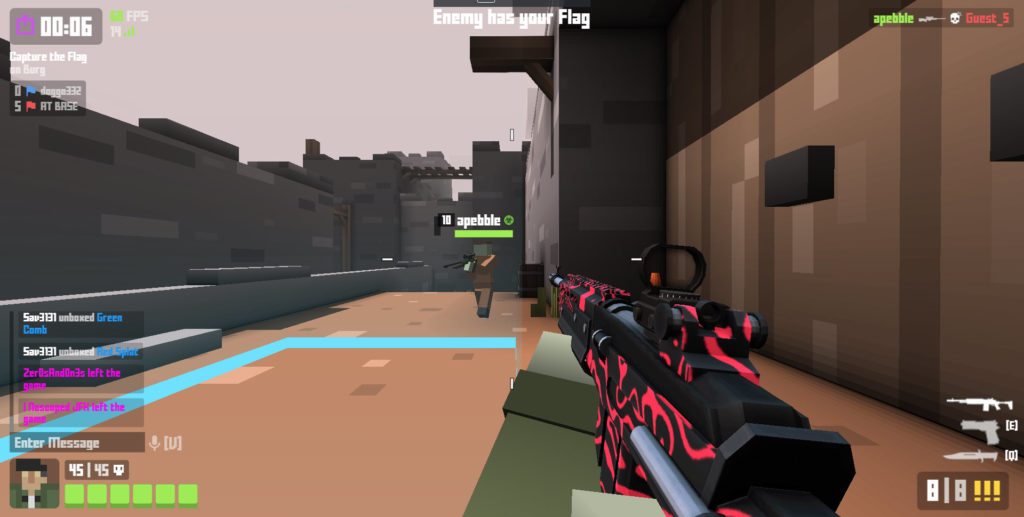 Game modes include Hardpoint (which is like team King of the Hill, also present). Free For All (deathmatch), Team Deathmatch, and Capture the Flag. Teams are randomly split into four on either side, with lobbies maxing out at 8 for the standard modes. There’s a competitive scene you can unlock if you level up high enough, and a dozen or so classes which instantly give you access to all the different weapons available in the game.

You can start playing without an account on pretty much any device you can think of, even your phone if you really want to get destroyed. Level loading is completely non existent and everything is real snappy. Matches don’t seem to last longer than 4 or 5 minutes, so squeezing in a quick game while the boss isn’t looking seems pretty viable. I think the speed at which I can jump into a game is one of the major selling points. Digging through lobbies for the game mode I want always yields something, so even without venturing away from my Sydney based servers there’s a healthy population plugging away. Ping seems to hang around 16 where I am in NZ, and framerate is a consistent 60 with all the graphics cranked right up.

One neato feature is being able to copy paste the URL of your match to friends, so you can get some multiplayer matchmaking going quickly and easily. Also, before I forget, there are community made maps and mods you can install and play. So as long as you’re fine not earning towards loot boxes there’s a nigh infinite amount of ways to enjoy the game. Even zombies? Maybe? I haven’t bothered checking that aspect out yet. 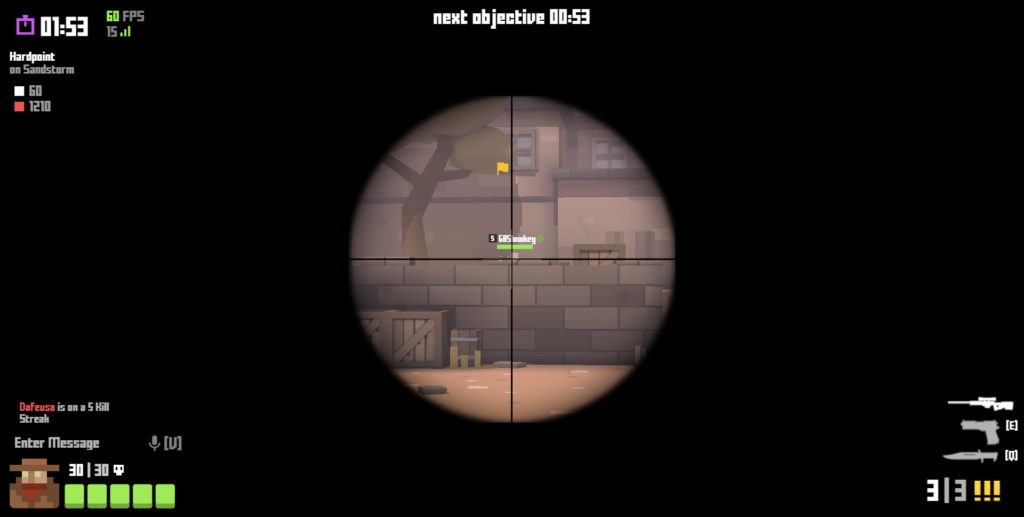 The maps early on were straight copy pastes pretty much of CS:GO, but they’ve slowly evolved away from them. It’s still got stank of CS:GO all over it though, there is no escape.

It’s free but I haven’t found many freemium aspects of the game to be party killers. Ads are optional, and yield ingame currency called KR you can use to by loot boxes for weapon and character skins. You also earn KR by passively playing the game, but if you want to really throw some money around you can buy KR so you don’t need to wait around for your next loot box spin. For a sense of how long it takes to get a crate, doing well I average about 25-30KR a match with challenge mode turned on, essentially means no regenerating health but boosts KR rewards by x1.5. Basic loot boxes are 50 KR and the decent ones are 100 KR, so I can get a decent one in around 30 to 45 minutes of playing. 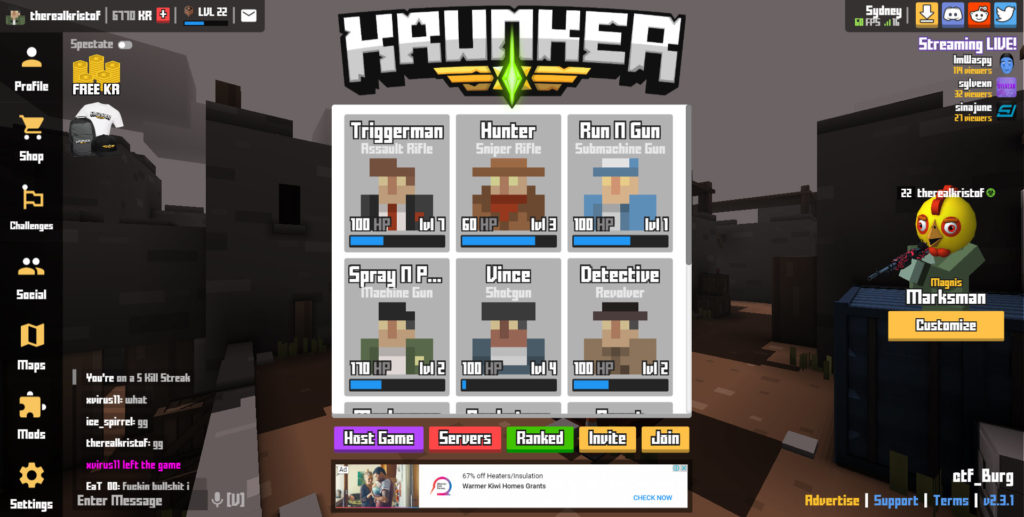 Once you hit level 20 you can start buying and trading skins on the market place, and also take part in competitive mode which directly affects your MMR.

There’s clan shit if that’s what your into, and the game seems to evolve at a decent pace, as the devs keep in contact pretty regularly via Discord and Reddit.

You can download a desktop app to play the game but personally I just play it in Chrome when I’m waiting for something in real life to finally happen. Hackers were fairly rampant prior to a recent patch, I have no doubt they’ll find more vulnerabilities soon, but overal Krunker is a solid shooter worth checking out if you’re over this Hero Shooter or Battle Royale bullshit that’s swirling around these last couple years.

16 Thoughts on Krunker Is a Solid Browser Based Twitch Shooter