Boneworks is a Must Buy VR Title
Krunker Is a Solid Browser Based Twitch Shooter
Gaming April 26, 2020
Share

It’s crazy it’s taken a game like this so long to come out on VR (or at least of this calibre). A linear single player corridor shooter with well thought out puzzle elements and great setpiece shootouts. For pancake mode PC that’s been par for the course since Half Life 1 came out roughly one million years ago. But in VR, it’s felt like it’s been missing? Sure you have Arizona Sunshine and co, but something about this feels different. More complete I guess. Maybe it’s just the Half Life branded secret sauce which is creating this air of mystique.

Note: I didn’t take any of the screenshots, It’s not as easy in VR to do that sort of thing as I’d like it to be.

In a single sentence Half Life: Alyx follows the title character as she (accompanied by Rhys Darby on coms) breaks into a vault in the heart of City 17. It’s a world rich with opened tuna cans, crushed bottles, and vintage fridges for you to rifle through. I don’t recall the original games being so drippy with alien shit in every room but everywhere you go is covered in bug coral or corpses with eggs laid in their stomachs snapping away at you. This could definitely be a horror game if it wanted to be, but apart from a couple well telegraphed jumps I saw coming but let myself get carried away by anyway the game makes sure to keep a light tone. It even has a section of gameplay that was reminiscent of Alien Isolation but kept the tension to a minimum with comforting words and a cavalier attitude. SO WELL DONE THOUGH. If you get to it you’ll know what I mean, the choreography and cleverness of it is in a class all of it’s own, with a satisfying conclusion to boot.

Scattered throughout the world are puzzles, some of them optional depending on whether you need more loot or want to do weapon upgrades. I found the resource management in this game extremely tight. I was just about always on my last mag, so looting constantly was a necessity. Fortunately in VR the quiet moments are just as engaging as the explosive ones, and maybe more so! 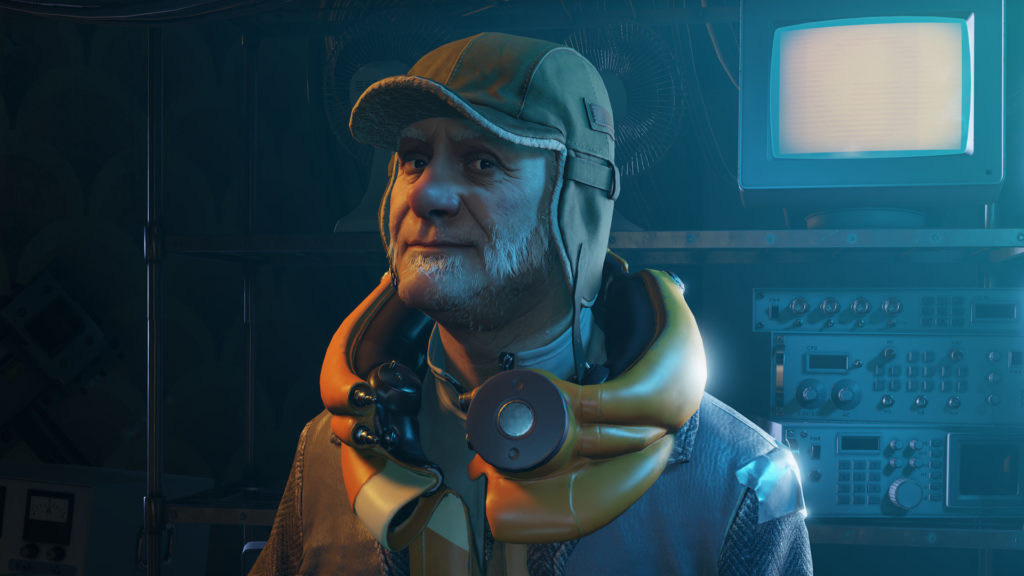 With 60% of achievements and on a single playthrough the game took me 10 hours to complete. Your time may be extended if you spend time showing off to your stream viewers how much you can draw on walls, play pianos, or play games of pool though. Personally I didn’t feel any need to juggle and shit, I was there for BUSINESS. I didn’t max out my upgrades except the starting pistol, I’m not sure if there’s enough resin (the one lootable resource other than ammo) to pull it off though. but on the other hand I didn’t turn over every room like I was the Resin Gestapo either.

The weaponry is simple, perhaps to the detriment of the game itself, you only manage to get three weapons, and have zero melee options. The lack of melee interaction is understandable from the direction this game is taking, but it definitely made the world feel less interactive. Cool you can draw with a pen, but you can’t push a zombie away or smack him on the head with a brick. It limits your options. But on the other hand this game is intended to be Babies First VR Game so it does everything in it’s power to not throw goofy VR concepts at you, such as jumping, or actually using a ladder, both things you do via teleporting. Also no two handed weapons so no miming holding the stock out in front of you. The movement is also pretty slow, but can be mitigated by abusing the shit out of teleporting, something I’d do often during firefights, slow corridor scenes, or chases.

The level design is tightly orchestrated, with Valves usual level of care, however I found myself in damp little bug wombs more often than not, I could have done with more wide outdoor scenes, too much of the game felt like dungeon diving. Every single enemy feels awesomely designed for VR though. I kind of marvel at how they’re all series staples, but each one has a strategy for defeating it which feel uniquely suited to VR. I guess that’s why Boneworks mercilessly stole the headcrabs idea.

Despite the thoughtfulness put into making sure it’s not a chunderfest, my mates who are also playing it have managed to get a bit sick while running around, mitigating it somewhat with a good range of options like snap turning and teleporting. 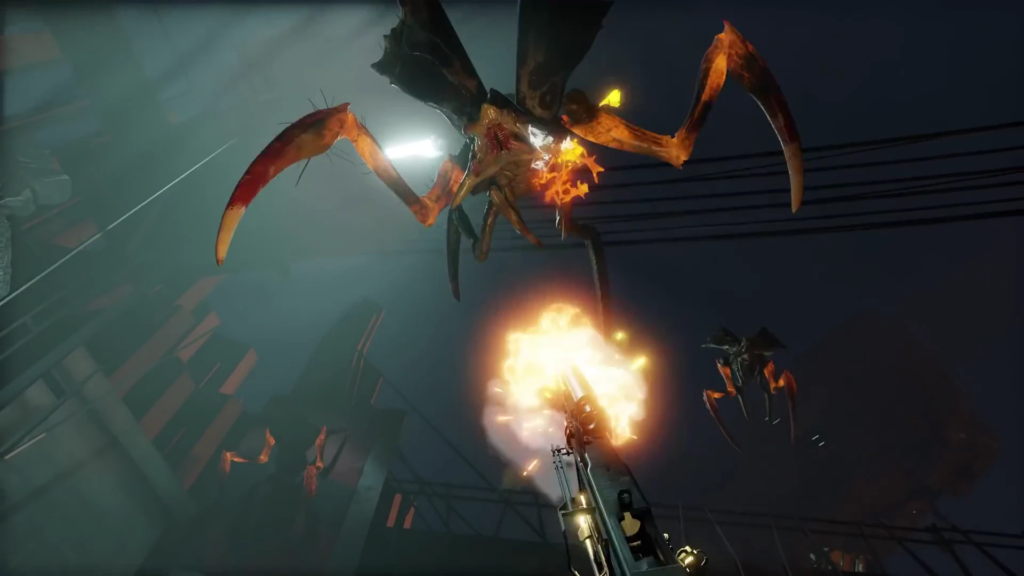 A couple design decisions were particularly cool. Storing items in your wrists for easy access is a great idea, and packing things away on your back worked 100% of the time, inventory management was somewhat of a bitch in Boneworks, and I feel like some things could possibly be learnt from Alyx in that regard. Also it has a particularly clever way of handling head clipping, where if you start merging through stuff your vision goes an alarming orange if it’s inside the wall, which instantly makes you back off.

I played the game entirely seated which was very comfortable. My only complaints there was that I must have been set just a little bit high ingame because pulling levers in particular would often be a bit of an awkward crotch rub. Crouching could be done with a press of the left touchpad, but getting up again would take a while. In fact, both up and down takes a wee while to confirm for apparently no good reason other than Go Fuck Yourself. A precious second is spent staring at a dozen Carbine as you’re waiting for it to go “oh yes, you have held crouch for the proper amount of time, have fun not getting shot in the face now.” 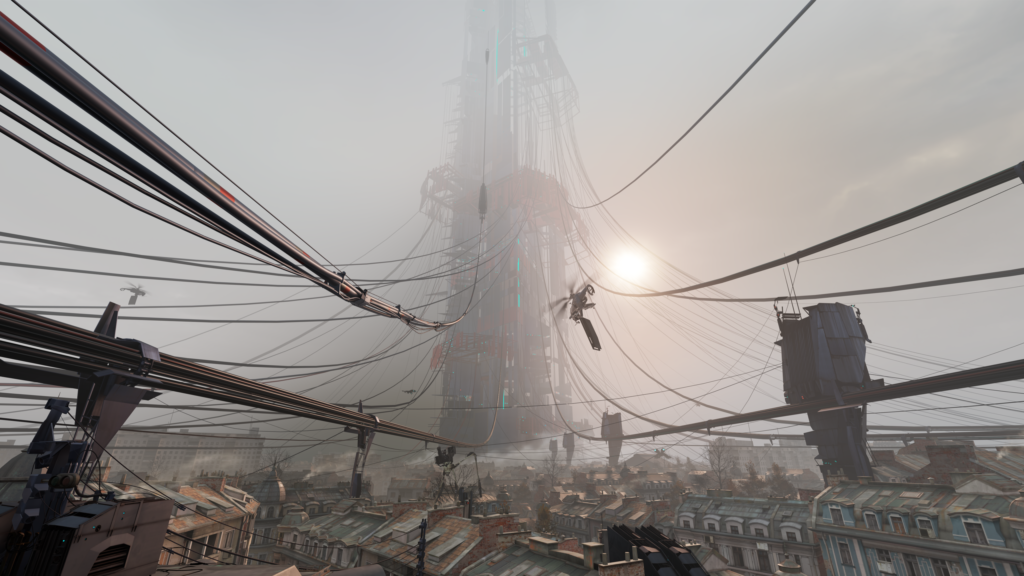 One other note on seated mode, I had gotten used to Boneworks handling of weirdo hybrids like me who only wanted to stand for the bits that would give me an edge worth standing for. What ended up happening in Boneworks is because your view is tied to an actual object in the world you could only go up so far, so after standing up from the couch my character was automatically adjusted to my full extension, and sitting down again it would just automatically keep me at the standard standing height (with a little give on either side of these scenarios). I found it quiet an elegant handling of height and physicality which I’d dig seeing more of going into the future. But because I’m Rayman inside Half Life, just a pair of hands and helicopter hair, I can seem to go even higher than regular standing when I launch myself up. Once again, it wasn’t much of an issue, but both games have things to learn from each other.

The writing is on point, and the dialogue is a joy the whole way through, and holy shit. That ending. THAT ENDING. If you’re a Half Life fan and think you can skip this game because it’s just a silly little VR diversion minigame thing, then by God you are wrong. If you were complaining that this game isn’t Half Life 3, then I’m sorry you’re wrong. Only Valve could manage to release Half Life 3 without anyone confirming it.

Open up your wallet up, bitch!

35 Thoughts on A Very Level Headed Review of Half Life: Alyx