The yearly cadence of Call of Duty releases continues with a brave reboot to the game that put the series on the map. It’s also a game close to my heart so I’m both excited and apprehensive to dive in but dive in I shall. Twelve years minus eleven days after the original released, I’m playing Call of Duty: Modern Warfare once again.

Big daddy Activision (who graciously gave me a code for the game, thank you daddy) has three separate studios developing Call of Duty so the first big win for the publisher is having the OG team work on MW. Infinity Ward is orchestrating this one, sans Vince Zampella and Jason West, who were fired in 2010 after Modern Warfare 2 released and went off to make Respawn Entertainment.

That’s beside the point though. What’s good is that, even though IW may not consist of the same personnel that built the original Modern Warfare, you know the current team won’t use the Modern Warfare subtitle lightly. And it shows. 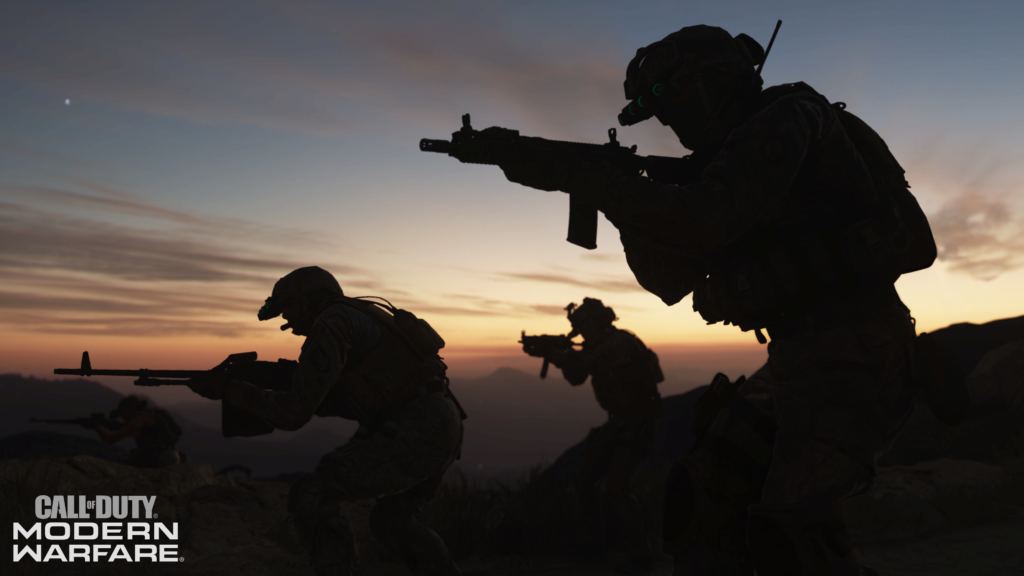 If you somehow missed all the fanfare, MW2019 features the return of Captain Price fighting alongside the CIA and SAS in current-day warfare. See, CoD4 was made in 2007 but set in 2011, while MW2019 is set in 2019. It muddies the timeline a bit because Modern Warfare 2 is set in 2016 but since this is a reboot… Does it really matter? According to narrative director Taylor Kurosaki, Captain Price will be featured in a retconned narrative “where the events in the previous Modern Warfare timeline have not occurred.” So basically, play MW2019 as a brand new game, with no consideration of the previous MW entries, in terms of story.

Anyway, Price and the two playable soldiers, Alex and Kyle Garrick, fight against Russians and Al-Qatala militants to try and prevent a dangerous chemical gas from causing massive civilian deaths. Making Russians the villains is a bit of a tired trope and I can understand Russian would-be players being a bit miffed at that. It’s an easy target but thankfully, despite the second enemy of the Al-Qatala/Al-Qaeda, you team up with Urzikstan rebels (a fictional country) to help restore peace to the region. It isn’t quite playing the other side of the coin but it’s good to see the hero team isn’t just white guys with guns.

During the build-up to release, it became apparent the reboot was going to deal with some serious shit. IGN said after E3 2019 that MW2019 was the most divisive game of the event. There are multiple stages where you have to ascertain if a target is hostile or simply a scared civilian and if you shoot them, the game won’t stop you. It does keep score of your morality but it won’t stop the game, nor will it affect the narrative later on. 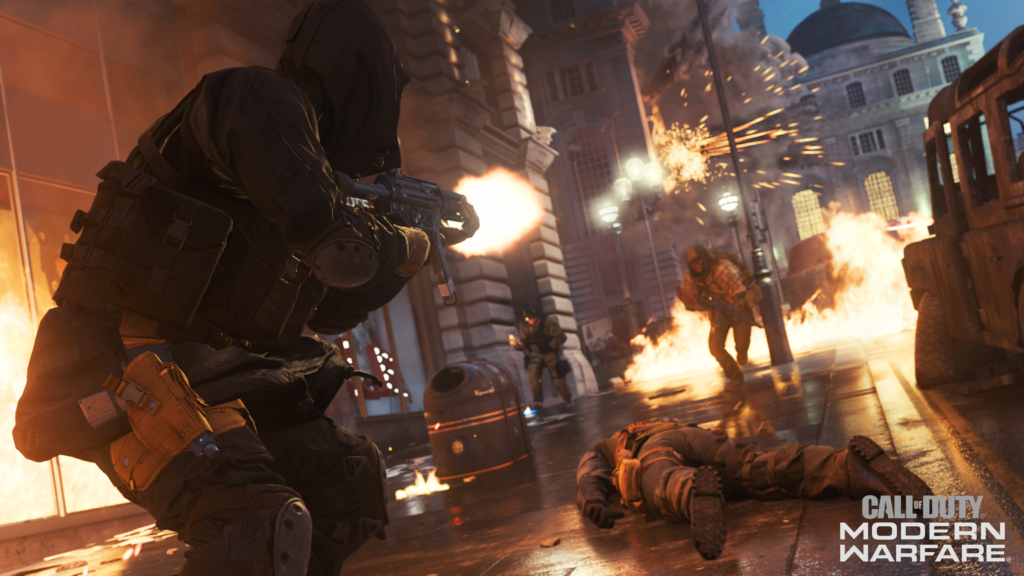 There’s one part where you’re carefully storming a house and after dealing with women reaching for AK-47s and shooting you, another woman reaches over to a cot only to pick up an infant. Shooting the child will result in a game over but doing it enough times will display a screen asking “Are you serious?” before booting you to the main menu. You’ve got to be pretty sick to even find that but it shows how the developers considered the audience.

Another part has you take control of a child trying to escape her besieged village. Near the end of the mission you get a gun and have to kill someone but the moment feels a bit lost as the Russian enemy just sort of falls over and you move on. There are nice touches like having the child’s hands shake when you aim down sights, in comparison to the rock-steady aim of a Marine and reloading takes a long time as she figures out how to actually put more bullets in the chamber.

It turns out the original cut of the game was a lot more controversial but IW had to rein it in to avoid an Adults Only rating. I think that meant the campaign couldn’t quite hit as hard as it could (should) have, a factor combined with the traditional linearity of a Call of Duty single player mode. I’d love a Zack Snyder Ultimate Edition to come about which just goes balls-to-the-wall in heavy content without regard to ratings or reviews. 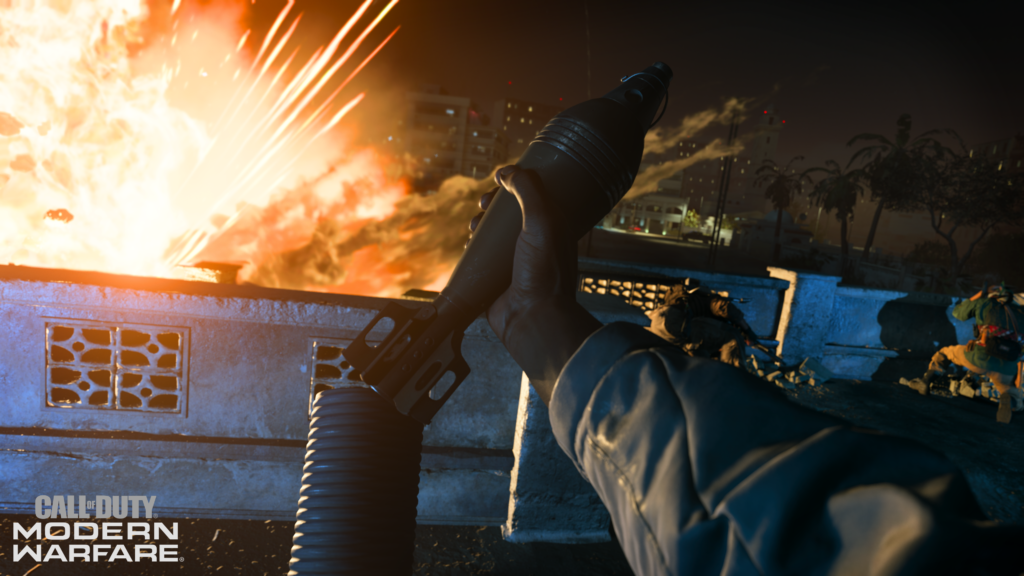 To be fair, MW2019 isn’t without uncomfortable moments. In the second level, Price makes the split-second decision to push a civilian pleading to see his family again strapped to a bomb vest over a ledge to save a bunch of other people. Maybe it’s part of becoming an adult but that was, strangely, a lot harder to witness than moments in older CoD campaigns.

I won’t say much more about the campaign for spoiler reasons but let me sum up by saying this. The single player is flawed, yes, and a bit short, but it’s far and away the best Call of Duty campaign in recent years.

Part of that is down to the look of the game. Good God this game looks amazing. Honestly, it puts Battlefield on the back foot, a series renowned for gorgeous visuals. My computer isn’t quite up to scratch any more but I also played it on PS4, a six-year-old console (not the Pro) and it looks spectacular there too. Just have a look at the screenshots to see what I mean. 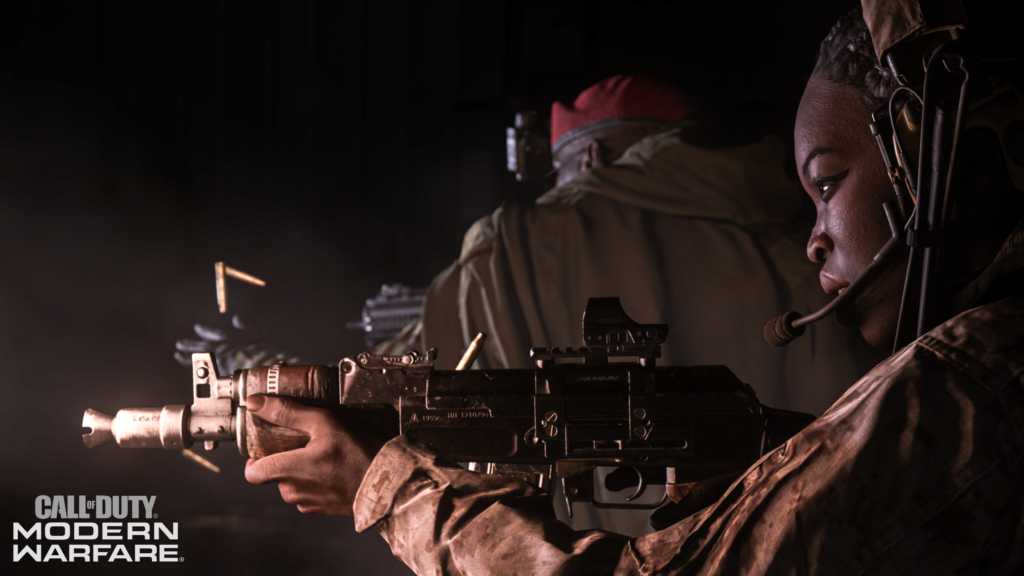 I dipped my toes into multiplayer and am happy to report that the experience is good ol’ reliable CoD multiplayer. There are guns, perks, attachments and challenges and it feels so good to be back. Best gun? M4A1 with a suppressor and your choice of sight, plus any other attachments you want. Tack on Scavenger for resupplying spent ammunition, strap a 1911 to your hip as a side arm and you’re a killing machine. On Izak’s life, I guarantee it.

The only issue I have at this point is that the maps are a bit meh. None have really stood out, like Crash and Strike from CoD4 or Crossfire and Favela from MW2. I also wouldn’t be surprised to see some DLC come out with classic maps remade for the new generation, which I will certainly be buying.

Overall? This is the best Call of Duty in recent years. It’s absolutely worth a buy and, if you like fast-paced multiplayer action, buy it now. Call of Duty’s player base traditionally tails off midway through the next year as the next entry warms up its hype engines.