Blobby: Without A Fight 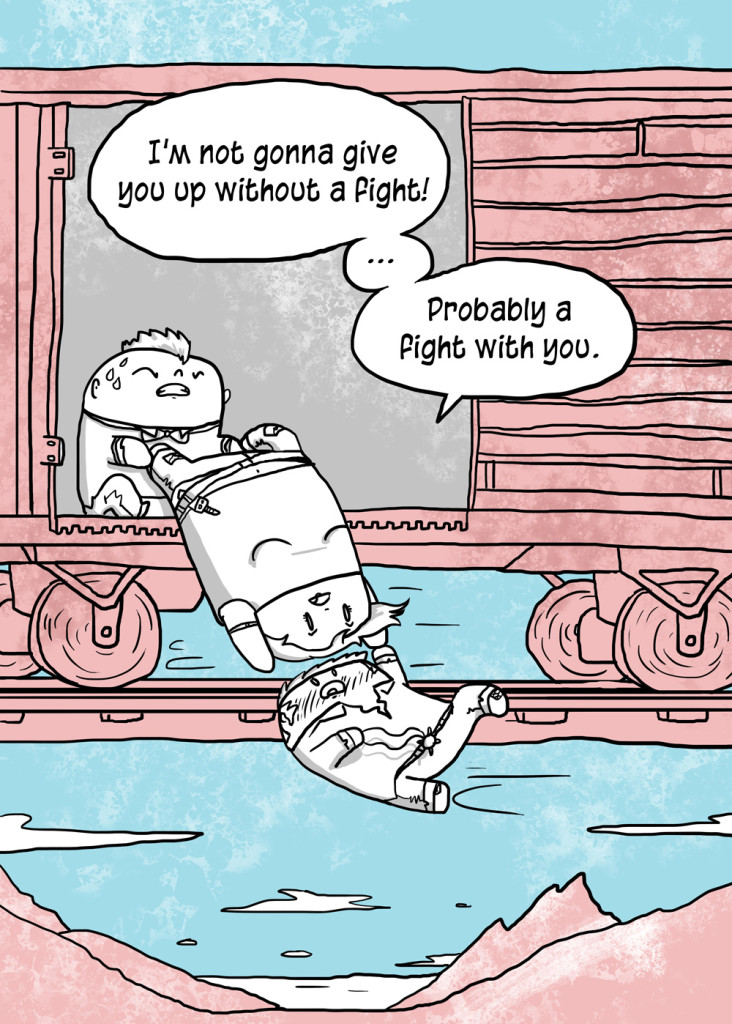 17/20. Since I’ve moved into my brothers place I’ve had an extra half hour on the bus (2 and a half hours more a week) and that’s just way too much time to blow not being creative. So I’ve managed to knock out a full script for a piece of lore that fits into the blobby world. I don’t think it will fit with this current set so it might be used to kick off the next one. I probably shouldn’t be talking about “Next Ones” as that’s something that usually creates an unbearable weight for creatives. We can barely handle the weight of what we’re currently doing let alone future projects.

Planning new projects before your current project is done is just a bad idea in my opinion. But I figure that since I only have 3 more pictures to go with this one it’s a pretty safe assumption I’ll finish this current thing.

After I’ve done all twenty I’m gonna have to do a cover and look into printing costs and then get it made into a real solid object. Kickstarter you ask? Nah. Kickstarter is for chumps (who have fans.)