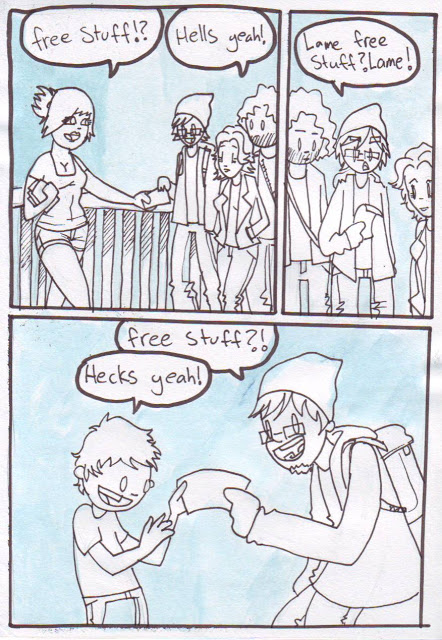 Another little story from the Rugby World Cup opening ceremony. It pretty much rolled out exactly like that. I tried giving it to some Asians first though but they ignored me good and proper. I guess saying “Free thing for the thing!?” probably isn’t the best way to convince people that taking your rubbish is a good idea. Unless you do it to kids, who will take anything. Since the joy of life hasn’t been sucked out of them yet and any bit of rubbish is a big barrel of potential fun.
Oh yes. CLICK ON THE PICTURE. Pretty nifty huh? Blogger totally added the new lightbox feature just this morning. It’s really changed the way I can do doodles now. I haven’t wanted to do landscape imagery yet since it would be to small to really see without clicking on. But now that there is a nice way to present an expanded image I might start giving it a go. I promise not to go to crazy though since I know this doesn’t work within feeds and things.