I can’t remember if I mentioned it anywhere here before or not but earlier in the year I got my hands on the HP WMR headset. WMR for the uninitiated means Windows Mixed Reality, which Windows 10 has native support for. WMR is the unassuming less flashy end of the VR headsets. That isn’t to say though that they’re in any way a downgrade. I get an awesome framerate on mine and full arm control in-game. The nifty thing about the HP WMR is that it has cameras on the front of it that do all the tracking of your hand controllers. That means that you don’t need to set up any infrared cameras in the corners of your play area. The only downside to this method is that if you put your arms behind your back for too long all tracking is lost till you get back into range of the cameras. It can actually do a decent amount of unseen tracking before this occurs though, via accelerometers etc. 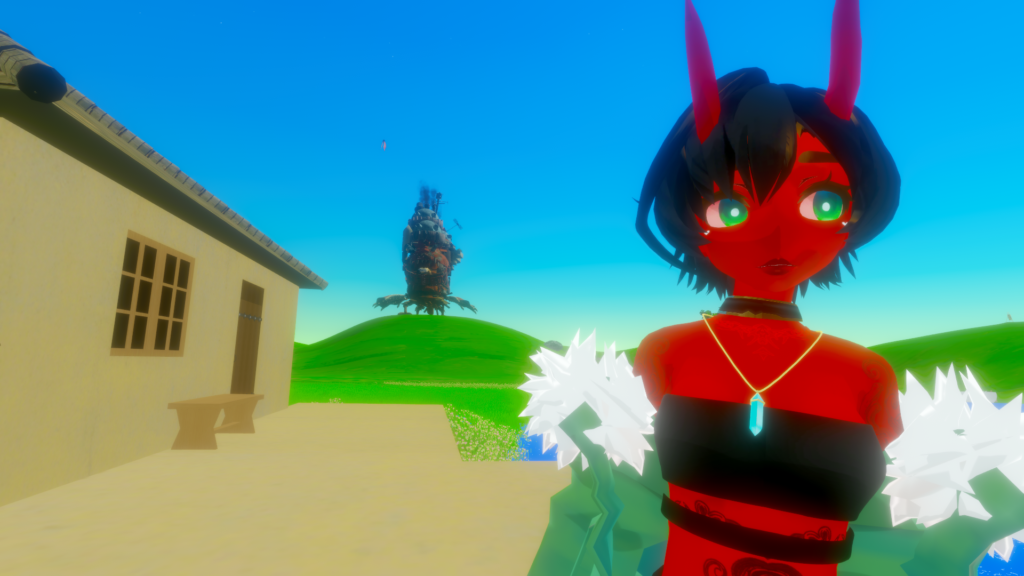 Of all the games and experiences I’ve had in VR though, nothing can compete with VRCHAT, a free “game” you can pick up via Steam etc.

The vast majority of the worlds you can explore are user generated, built within Unity. Some are like media visualisers, others are cosy little studio apartments that can stream movies and youtube. Then there’s all the game type stuff like mazes and paintball. 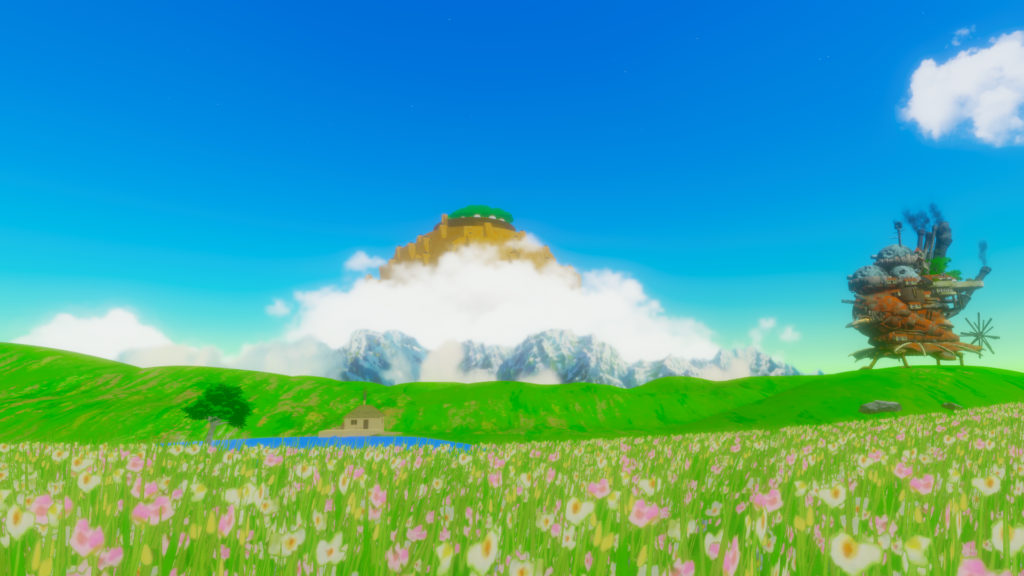 Becky and I have taken to going on little virtual “dates” in them, checking out the sites, and it’s a great way to spend an evening.

This set is specifically dedicated to the Ghibli world, that’s mostly a big green pasture speckled with references. During the day you can spot Kiki flying around, with the occasional airship from Laputa. At night, if you go through the right door you can also visit the big house from Spirited Away. It’s very cool. 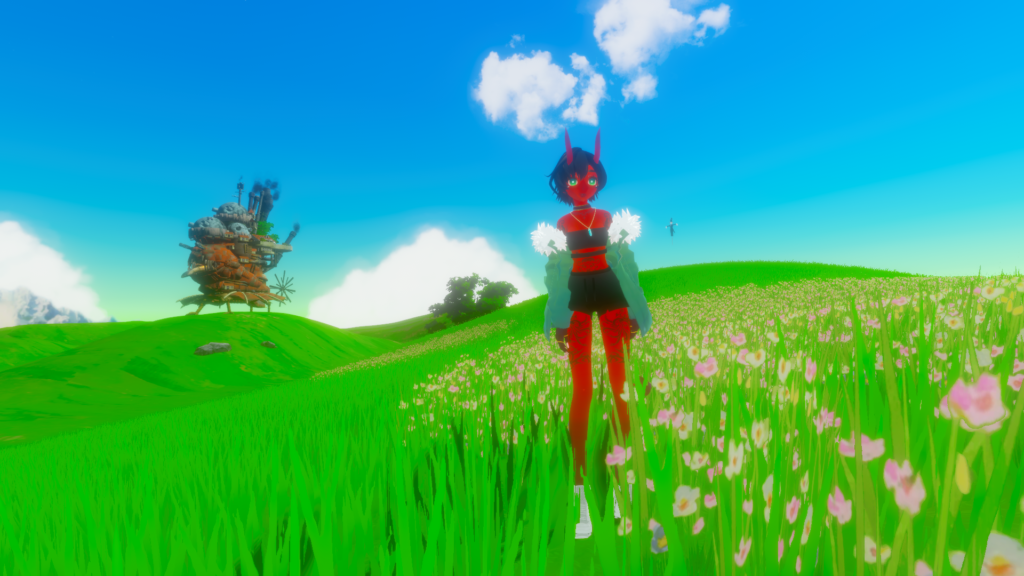 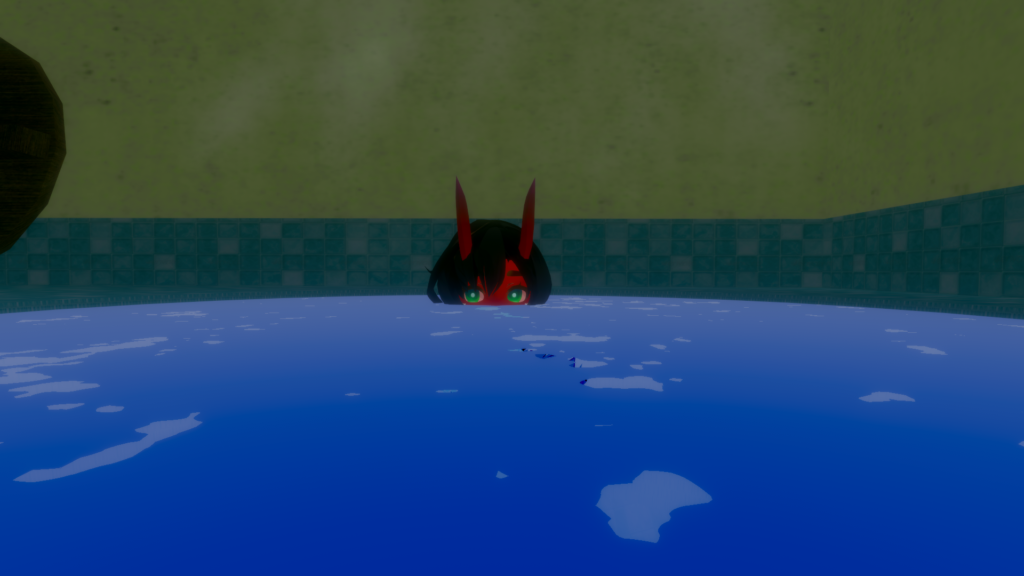 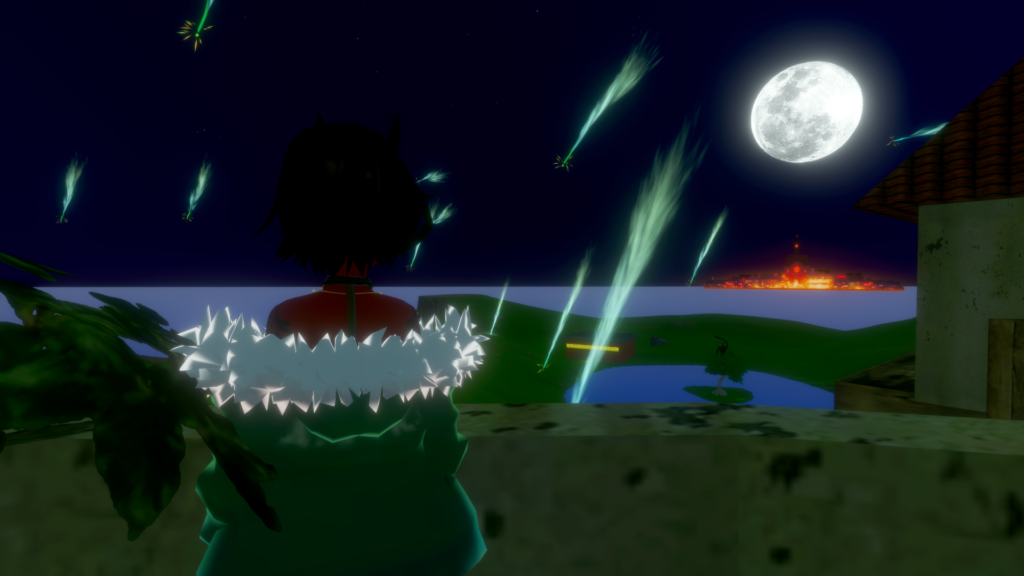 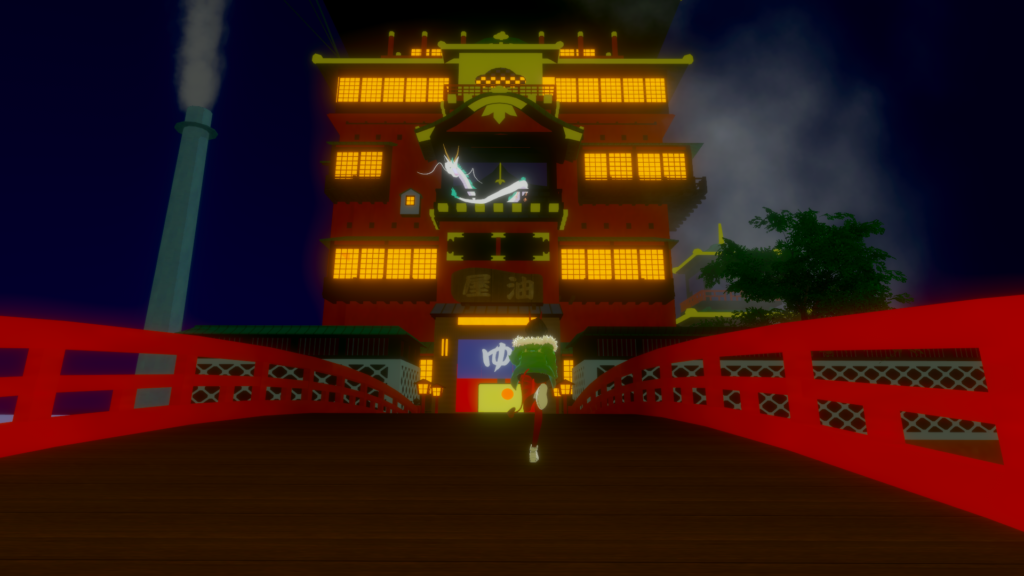 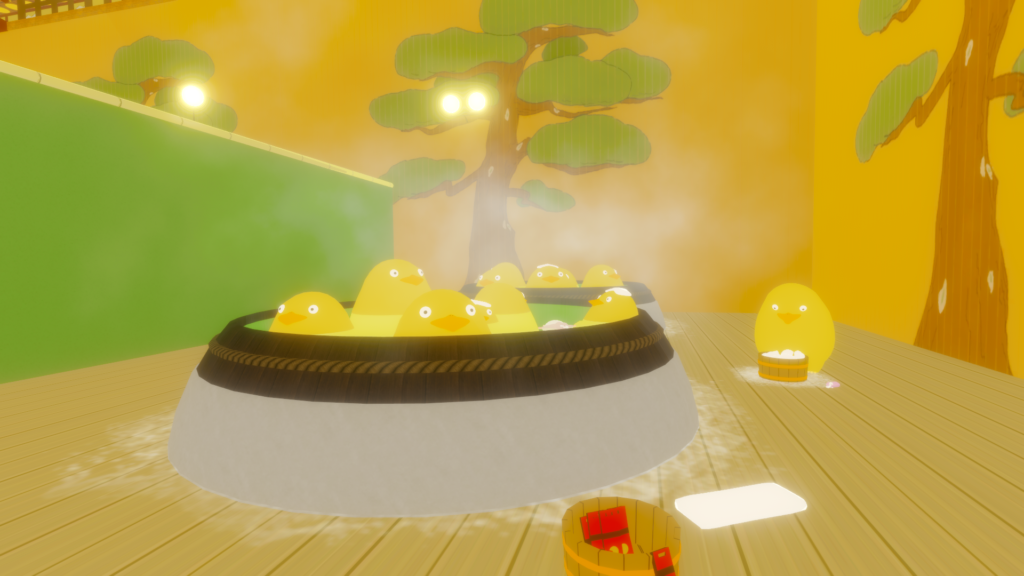 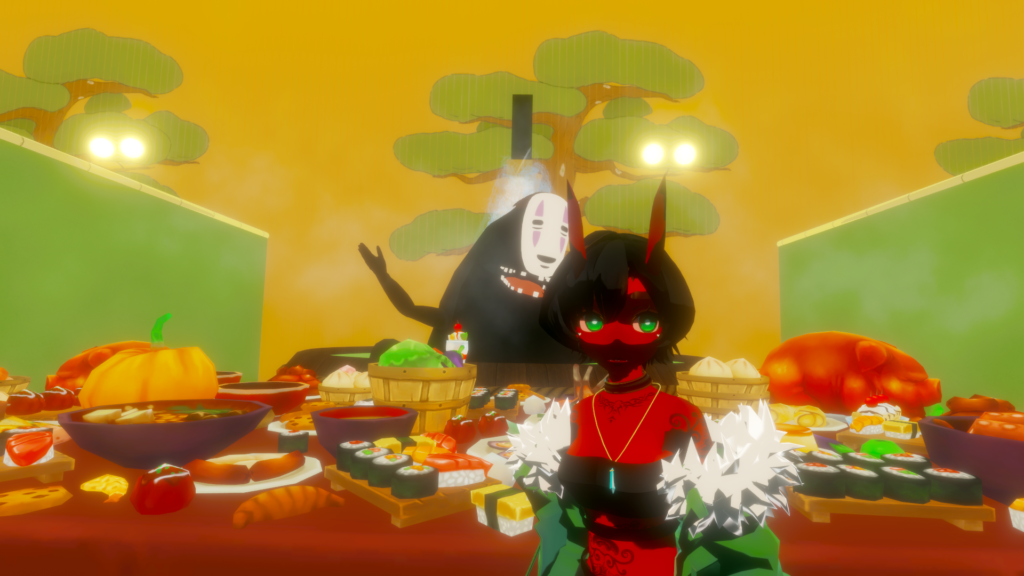 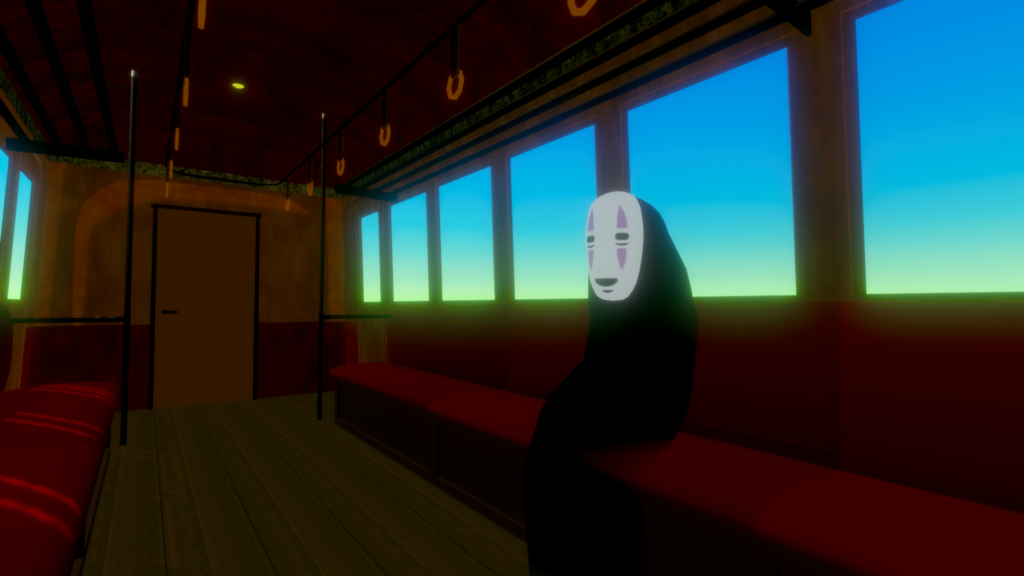 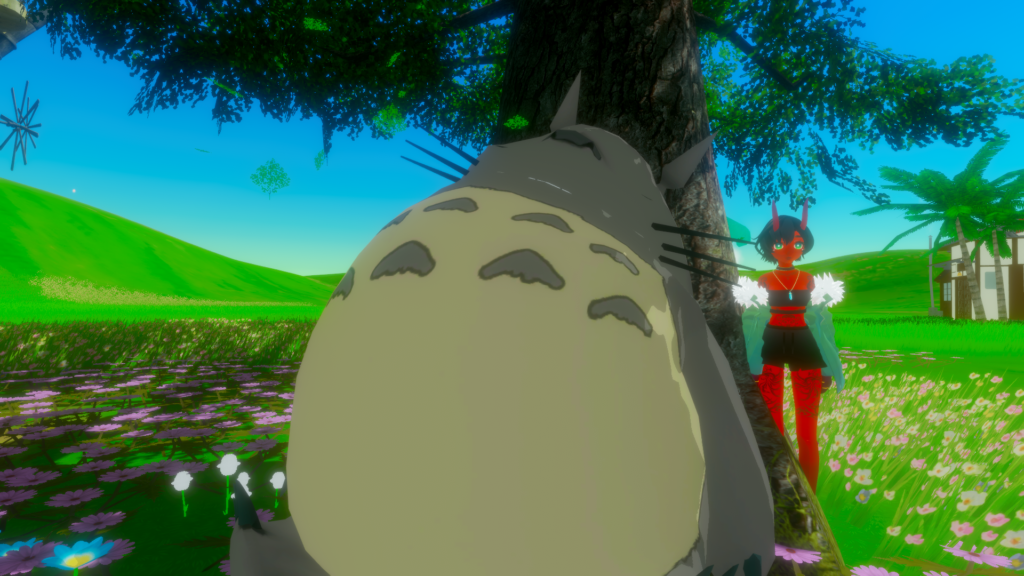 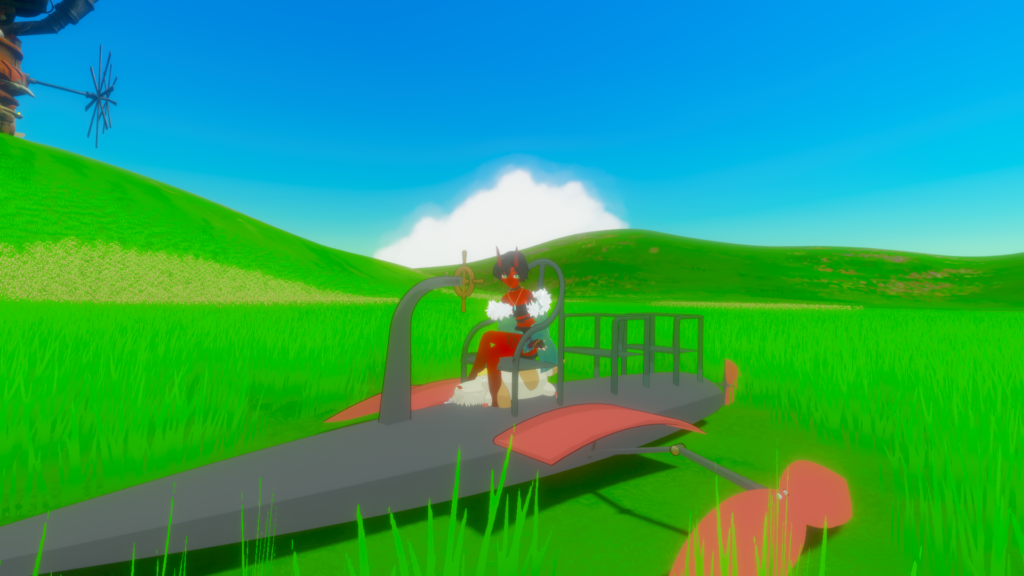 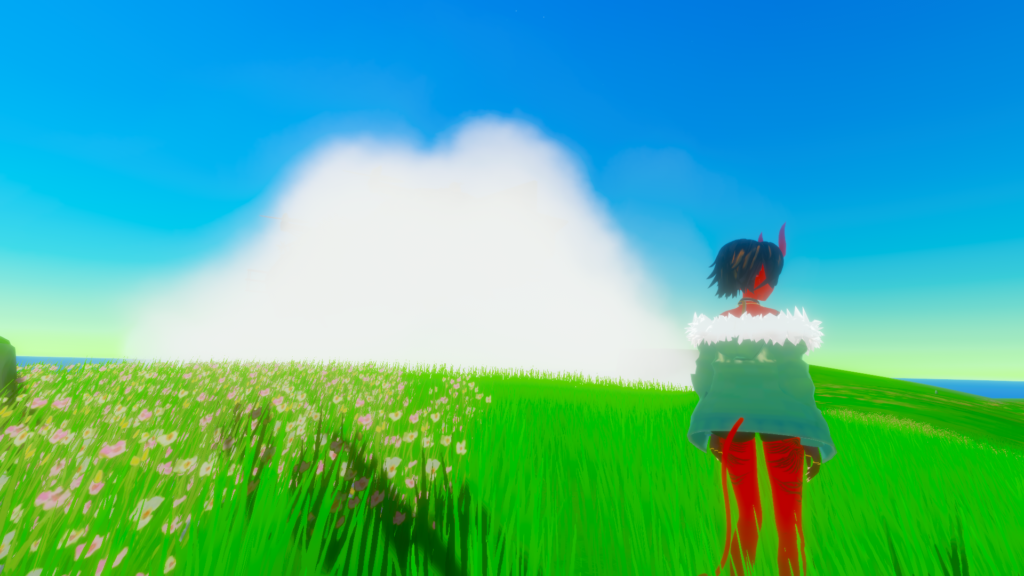 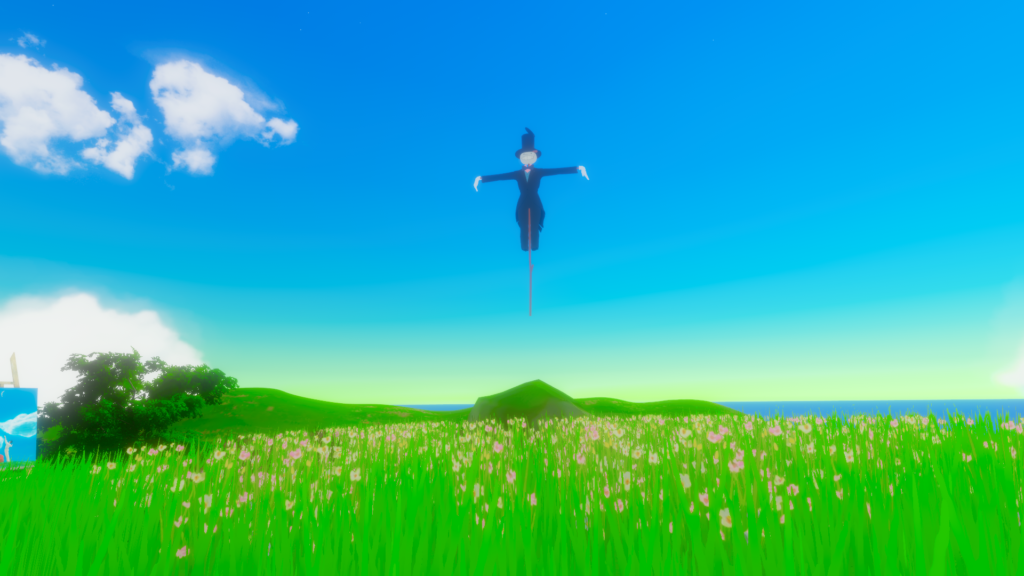 27 Thoughts on Ghibli In VRchat