Ok so chances are, if you’re the sort of person who reads this blog you know what an anthropomorphic personification is. Or at least, you might have read Sandman once, in which case Death, Dream, and all the others are exactly that. Things and concepts turned into people essentially.

A subset of that is Moe anthropomorphism. Moe being a bit of Japanese slang for having “deep feelings for” fictional characters. So what you end up with is cutesy characters, based on random shit, designed to be adored. The end result of that is a pantheon of cutesy anime girls that look like half arsed cosplays of everything from Microsoft Windows…

The characters seem to verge on mascots in most commercial cases, and humanized representations when they magically spawn out of the anime board ether. The characters often exist to take the piss, as was the case of ISIS-Chan who was designed to be a counter SEO tool that spammed up google search results and dilute Daesh’s propoganda.

The most recent moe anthropomorphism of this has been Earth-Chan, No points for figuring out what she’s representing. Her defining features is her blue hair and green continents spread around, because that’s the easiest way to tell anime characters apart. She’s usually wearing a NASA T-shirt these days as well. I say “these days” as though she didn’t appear mid November 2017.

However what made her a fun concept to start off with was that she’s used as a gag about flat earth theory, commonly using the anime trope of being insecure to tell people that “I’m not flat!”

This idea originated from Twitter, then jumped to Deviantart (where she picked up the surgical mask), skipped to Reddit and promptly exploded on r/animememes.

It's not an anime, but .. pic.twitter.com/vG3PjyYU2M

Since then all the other planets have had characters made and the low hanging fruit of jokes have been picked. But somewhere along the way the character has become the face of eco-consciousness. If there’s going to be one thing that makes people recycle it’s going to be a sick looking earth anime girl with big eyes saying she still loves you even though you’re a fucking monster.

In this case we can see that the catalyst for the characters creation was a straight up gag, but the concept of Moe in general is interesting.

Why do we make these characters? Japanese psychologists can’t really agree, some would say that this sort of thing is a certain sort of sexuality, in which case Earth-chan is a gateway drug to get people into literally fucking the planet.

To be fair, Tamaki Saitō, the psychologist I mentioned doesn’t think people externalise this sexuality, but rather keep it in their fantasy bubble, I just really wanted an excuse to embed that ecosexual video.

Others see moe as borderline between lust and romantic love with a made up character. In other words interest can be maintained.

In terms of propoganda, this is the perfect tool, and the perfect balance. We’re all already aware that sex sells, and in the west we’ll chuck a half naked chick on anything if we think it’ll help sell more product. For social causes PETA will pull big name actresses for nude photoshoots to grab attention. However using cartoons in the west hasn’t caught on the same way it has in Japan.

In the 70s, someone in the Japanese government noticed that people start giving a shit when things are in comic form. Official information started getting churned out with kawaii characters. Even a 47 volume Manga History of Japan got produced and is now considered an official educational resource.

Years later the Japanese Defence Force reluctantly decided to get involved, and now you see things like this: 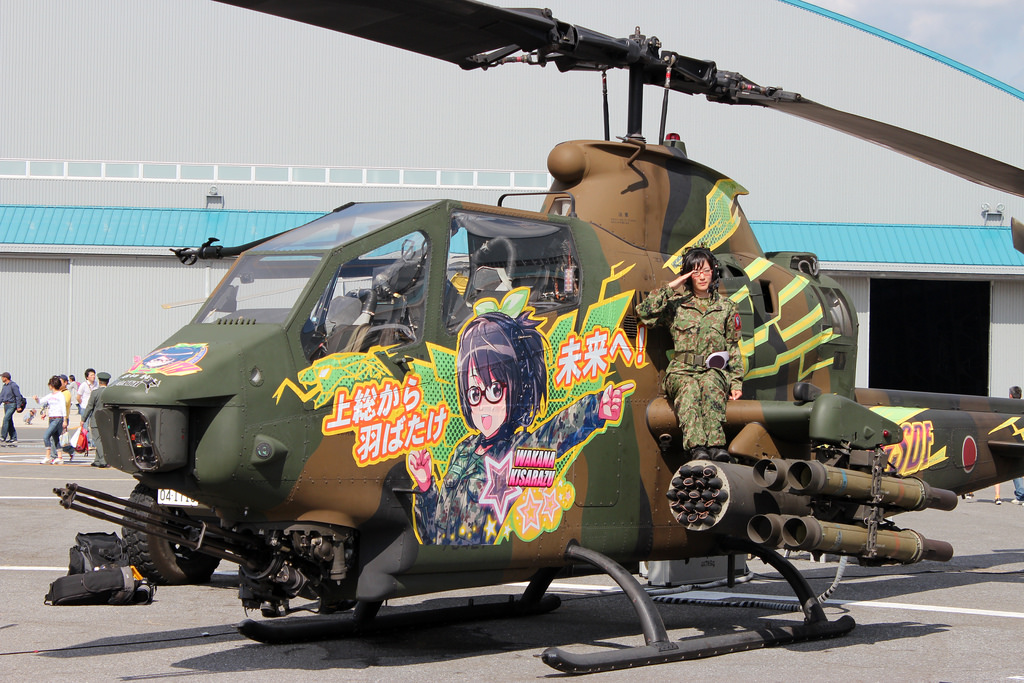 Moe characters that keep you constantly touching base with whatever they represent is a perfect propoganda tool which elicits a cognitive and emotional response. Used in the right hands it can get you thinking about recycling, learn your constitution and dissuade you from joining Islamic terror cells.

And sometimes, it’s done just for the lols.

15 Thoughts on Earth-Chan, How Moe Girls Make You think