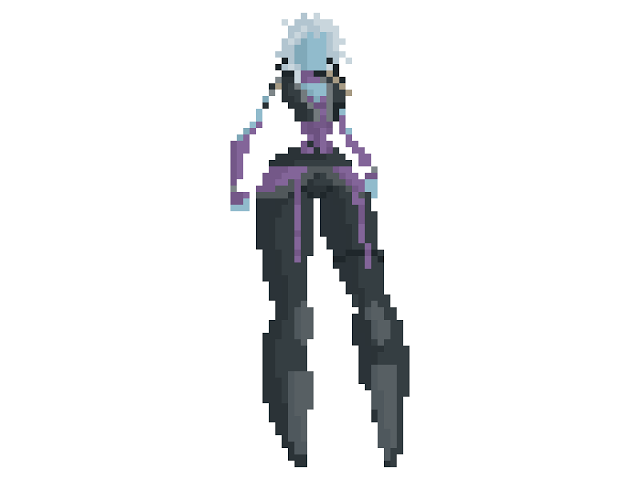 I was told Queen of the Reef was a decent enough character to do from Destiny. I’ll never know if I was lied to.
There wasn’t an awful lot to go on, which gave me immediate alarm bells as to this characters worth. Oh well, I mostly used this one piece of official artwork as reference. 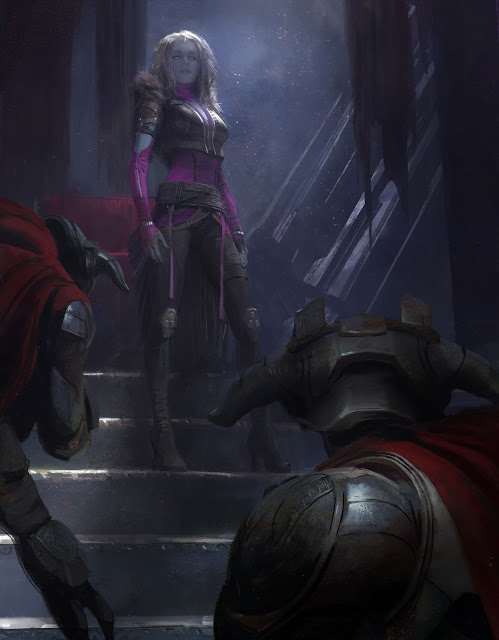 A noticeable pallor has settled over the office. Not to be confused with a parlour, a place where Victorian girls say naughty things to each other. It turns out a member of editorial, a guy whose been there longer than anyone else in editorial, has been given the chop along with two other writers. This is an insane blow that cannot be stressed enough.
Currently editorial now stands at one designer for the guys side, and a single writer and designer for the womens side, this isn’t including me, who could possibly be called upon to provide emergency backup to the designers.
Consequently everyone else has been promoted to a writer, including myself (who has been moonlighting for the last 9 months or so anyway) and the sales team. We’ll also be provided text and content by “freelancers”. I put that in quotation marks because I’m dubious to the existence of said “freelancers”.
I’m writing all this publicly because I expect these changes will be reflected in the credits page of the next issue or so anyway.
The spirit has left this place, but if you’re a writer who wants a freelance gig, knock yourself out. Seriously, click the link.

0 Thoughts on Queen of the Reef – Destiny 8Bit